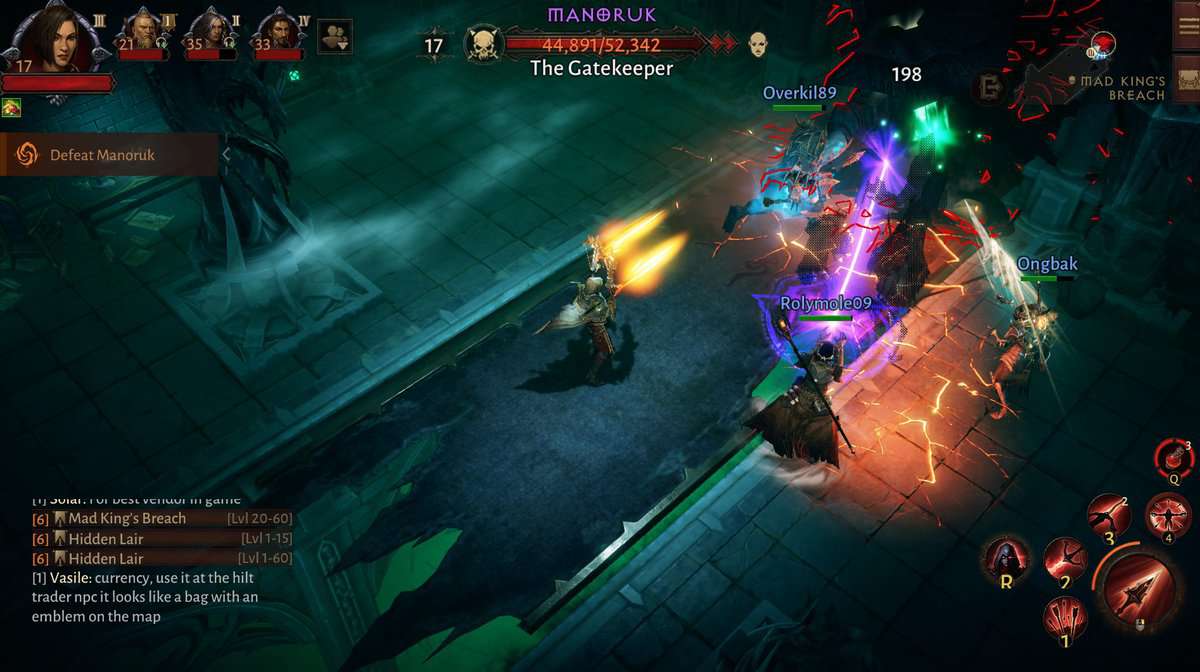 Jumping in the newest addition to the Diablo Franchise – Diablo Immortal, it is time for a tier list that will help new players get the gist of every class in the game and better understand which one they go should for. In this guide, we will jot down a Diablo Immortal class tier list while discussing why a certain class is ranked lower or higher in comparison to other classes.

The tier doesn’t make a class better or worse than other classes. The rank is entirely based on certain key points such as difficulty you are playing at and the difficulty required to master the class.

The tier list for the Diablo Immortal classes is as follows.

Top of the list lies the Barbarian Class which is by far the easiest class for a beginner to start their adventure with. It won’t be wrong to class barbarian a tank due to its very large health pool and attacks that deal massive amounts of damage.

As the name suggests, barbarians are straightforward and powerful along with a great arsenal of multi-target melee attacks that deal outrageous amounts of damage.

Though this class lacks range, ample health, and great mobility more than makes up for it since you won’t have to worry about closing the distance yourself.

If you lack the patience and just want to jump straight into the battlefield without putting much thought into it, then this class is for you.

Earning itself the second spot on the list is the Crusader class with its unparalleled versatility. Crusaders are a force to be reckoned with just like the barbarians but with a focus on AoE attacks.

Crusaders can provide their team and themselves with a buff that can sometimes flip the situation of the battle. Although with less effective single-target attacks and a relatively smaller health pool than a Barbarian, still the Crusader works like a charm when used strategically.

Crusaders also can ride a horse and quickly navigate the battlefield making up for its downsides.

If you like to put a little thought behind your attacks while a giant health pool gives you decent room for mistakes, then this class is for you.

The reason Necromance is a little lower than the other classes in the list is that Necromancer requires dead people so it can raise them again which can sometimes take a little time.

Necromancer is probably most suited for solo players since you will have an undead army taking the hit for you while you can stand at a distance and launch attacks.

Monk is the go-to class for a team player. Monks have decent mobility and decent attacks, but the star of the show is their buffs which can prove very effective during group play.

Although Monks lack behind other classes in terms of both mobility and attack damage but teaming up with your friends and then using your buffs to push others to their limits is what makes the monk a must-have for a team.

Monks are not completely useless on their own as they have very decent AoE attacks but as you move forwards in the game, you will find yourself at a disadvantage against players with bigger health pools and attacks that deal massive amounts of damage.

If you have the mindset of a high-risk, high-reward player then you are at the right place. Demon Hunter is by far the fastest class in terms of taking down your enemies with overpowered ranged attacks that deal great amounts of burst damage.

Although Demon Hunter has a fragile body and can’t take many hits as compared to other classes, the attacks will make up for it since you won’t have to close the gap between the enemy and yourself.

The class requires careful planning and strategic positioning thus making it a class suited for a veteran player. With little to no support option and very average mobility, Demon Hunter does require significant practice to get used to.

Wizards are somewhat similar to Demon Hunters in terms of ranged attack but while the demon hunter obliterates a single target, the Wizard is more focused on Ranged AoE attacks.

Wizards are great at crowd control, but they are a glass cannon with a very small health pool, and they require to be completely stationary to launch any magical attack making them a bad pick for new players.

If you are good at predicting the flow of the battle and can plan and formulate strategies ahead of time, then this class is for you.