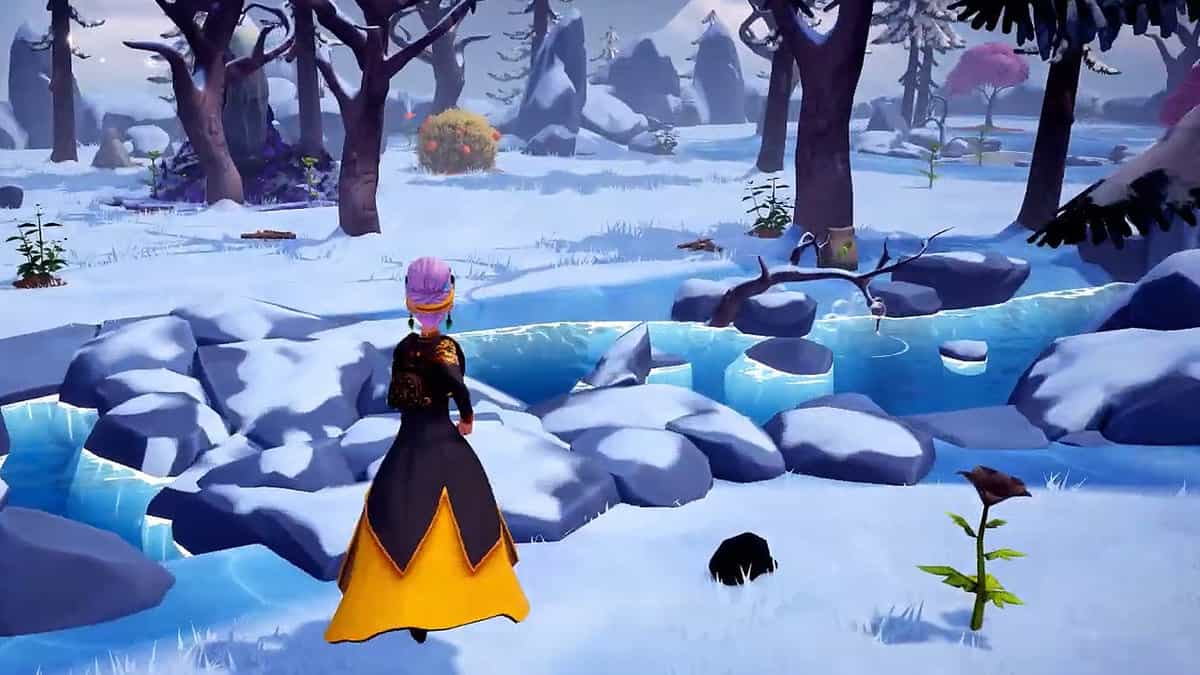 You will need to find four Dark Crystals to complete one of your friendship quests for Ursula in Disney Dreamlight Valley.

While she is a villain from the Little Mermaid storyline, you can still befriend her and bring her back to the valley for various benefits.

Finding the Dark Crystals is part of the A Deal With Ursula quest, which will become available once you reach a level 10 friendship level (maximum level) with Ursula.

The four Dark Crystals are scattered across four different biomes in the game. The following guide will tell you their locations to make it easier for you to complete the quest.

Where to find the Dark Crystals?

Head into the Forgotten Lands and make your way to the ruins. There will be several pedestals here, one of which will have a Dark Crystal.

Bring it back to Ursula and she will task you to find the remaining three. You can track down the remaining Dark Crystals by following their dark energy. Unfortunately, this little gameplay feature can be a bit tricky and players often get lost. Hence, their locations have been given below for your ease.

The second Dark Crystal is located in the Glade of Trust biome. Make your way to the entrance of Mother Gothel’s house. Instead of climbing the stairs to the house, look to your right to find another Dark Crystal.

The third Dark Crystal can be found in Sunlit Plateau, on the coast of the other side of the river. It will be there in the open and should be easy to spot from afar.

The fourth and final Dark Crystal is located in Frosted Heights. Follow the river all the way to the north of the biome before searching the coastline line. The last Dark Crystal will be somewhere here.

Once you have gathered all the Dark Crystals, return to the Forgotten Lands and place all four crystals on the four, vacant pedestals. This will give you the Crystal of Power that Ursula wants. Take it back to her to finish the quest.