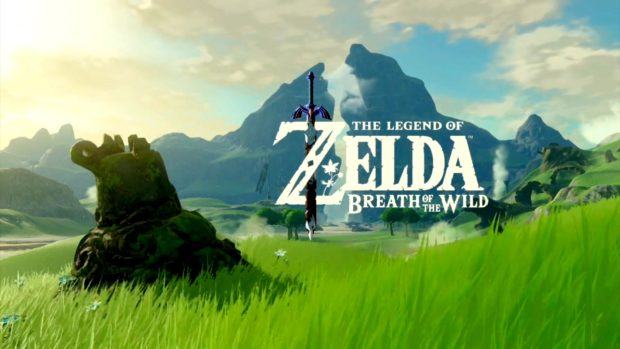 After you have acquired the paraglider it is time to leave the Great Plateau behind. Also, be sure to toggle Seek Out Impa main objective so that the quest marker appear on the map.

From the Ja Baij Shrine leap off the Great Plateau using the paraglider towards east.

Dueling Peaks is a giant rock formation with a split directly in the middle allowing for a narrow passage. Right next to this passage is Dueling Peaks Tower and this is our next destination.

You can spot the Bosh Kala Shrine on your journey and if you activate it, then you can use it as a warp point later. Make your way towards the East and cross the Proxim Bridge and continue towards the massive rock formation.

As you get close you will start to see the tower. The tower is really tall and ascending it is a bit tricky. Swim across the body of water or form ice towers through the use of Cryonis to get to the north side.

If you’re attacked by Octoroks then battle them by using your shield to counter their rock throws and sending them flying back at the enemy.

If any Octo Balloons they drop then collecting them may prove useful later when you do puzzles. Once you get at the top place the Shekiah Slate into the pedestal to open up the beacon revealing the map for this region.

Along your quest, you will also encounter Dueling Peaks Stable. Here you can get a horse if you like otherwise just keep sprinting ahead. You can attempt two optional side quests at this stable; Wild Horses and Misko, the Great Bandit.

The Kakariko Village
As you cross the Kakariko Bridge, you will encounter Hestu who will give you an optional sidequest known as The Priceless Maracas. You can attempt this if you like and learn about Korok Seed Collectibles.

You will be let in by one of the guards by Impa’s house. Continue going ahead until you reach Kakariko Village and head towards the marker on the map. There will be two guards blocking your path but they will let you pass after they see the Shekiah Slate.

There a bunch of side-quests you can attempt in the village. These can be started by interacting with the villagers we mention. Cado is one of the guards at Impa’s house.

Koko is a young girl you can encounter near the general store by the Cooking Pot at daytime.

Cottla is a young girl who you can randomly encounter moving around the village at daytime. Rola, can be encountered running his arrow shop in the south side of the village but you need to have the quest Seek Out Impa in order to meet him.

Go ahead and speak to Impa and she will guide you towards the Hateno Village. At this point things will start to open up and there will be multiple primary objectives.

The Hateno Village
From the Kakariko Village head towards the south and cross the Kakariko Bridge. Ahead you will see a defined pathway that will lead you to an uncharted area. You will find Fort Hateno in this area and there will a lot of enemies wandering around during your journey. Just follow the marker on the map and you will find yourself near the Hateno Village.

To the west of the Hateno Village, there is the large Sheikah Tower, this tower is optional clear it if you like. Go to the Hateno Village and follow the marker and the location you are trying to reach is on a high cliff. The path ahead is straightforward and you will have no trouble reaching the tower.

Repairing The Sheikah Slate
This tower is the technical lab where Link will have his Sheikah Slate repaired. Now enter the Lab and talk to the young girl named Purah and she will direct you to the back where the director is. Symin is the director and will show an interest in your Sheikah Slate and will request you to let him see the runes on it.

Once he looks at the Sheikah Slate he will note that it is missing the basic runes. However, you will start to notice that Symin does not seems to be the in charge of the Lab and it turns out that Purah is the director of the Lab.

You will have a conversation with Purah in which she will explain a lot of things. She will repair your Sheikah Slate but first you will have to do something for her.

In order to get your Sheikah Slate repaired you need to bring the blue flame from the ancient furnace located in the Town. This blue flame is required to light up the furnace in the Lab.

It is a very simple task, all you have to do is find the blue flame and carry it using the torch from lamp to lamp. It is likely that the torch will break during your journey back to the lab, so keep an eye out for the bushes that will give you sticks when struck.

The lamp will more or less take you straight back to the Lab. Once you have reached the Lab light the furnace outside with your torch and a travel gate will be activated.

Then Purah will tell Link to take the Sheikah Slate back to Impa, so make your way back to Kakariko Village and talk to Impa. Impa will tell Link to find the locations where the pictures were taken and it will restore some of the lost memories and this will trigger the next quest.

That is all for our Zelda: Breath Of The Wild Walkthrough for Dueling Peaks with tips on the main quests in the area and repairing the Sheikah Slate.