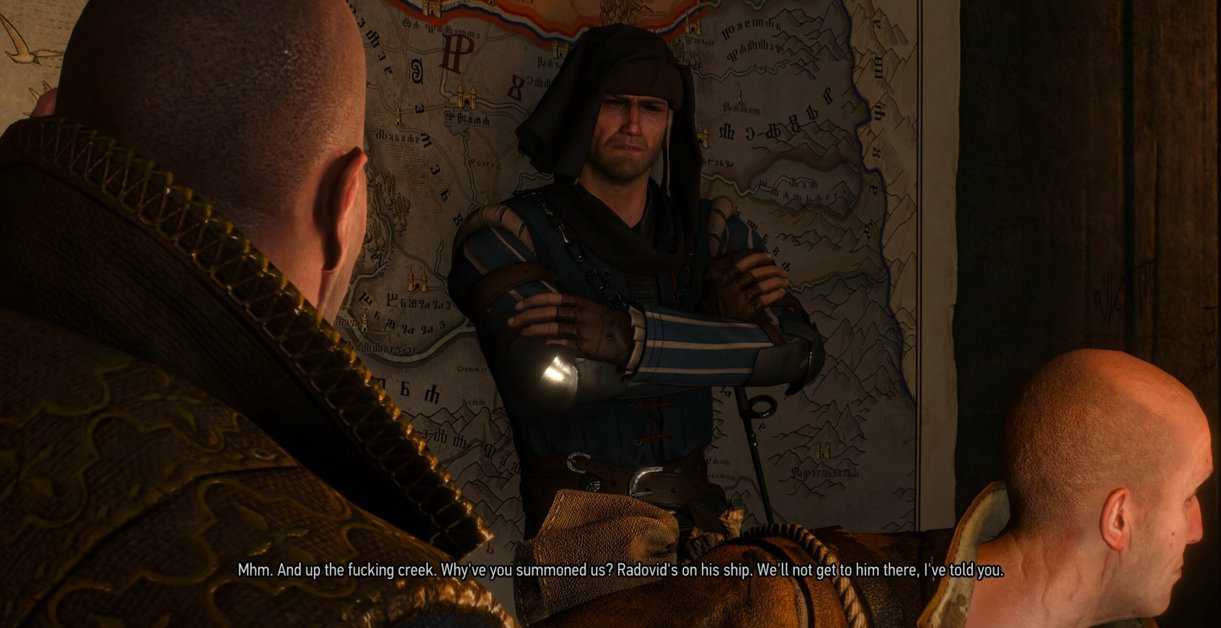 The Witcher 3: Wild Hunt’s story is driven by several choices you make. How do you treat certain enemies, and with which NPCs do you increase your friendship? All these decisions affect the direction of The Witcher 3’s narrative in different ways.

The Witcher 3’s quests are riddled with decisions that can change how the quest or even the future story progresses and which possible ending you get for the game. This adds an extra layer of depth to whatever you do in The Witcher 3, as all your decisions may have dire consequences.

Here, we will highlight all the major decisions in The Witcher 3 that significantly change your game’s progression.

Let us look at all the decisions that can affect your game in The Witcher 3: Wild Hunt. All these decisions in TW3 are permanent and will allow you access or lock you out of many quests in the game. Some of the decisions here won’t affect the game’s main story but change the conditions of the world around you.

These decisions include all the quests you take in Velen, Novigrad, and Skellige in The Witcher 3. All of these decisions have to be taken in Act I, not before you leave the area and get onto the Isle of Mists.

You first decide whether to attack or avoid fighting Bloody Baron’s men at the Inn. If you fight and kill them, you will not be allowed to enter the Baron’s estate later on, and you’ll have to find another way in through a well. You will have easy access to the Baron’s estate if you don’t fight them.

In this quest, you find Anabelle, who is cursed and paralyzed. When she meets Geralt, she requests that you take her bones to Graham, her lover. If you agree, you will be helping her, who is the Plague Maiden, spread the plague. If you refuse, you can work with Graham to break her curse and kill the Plague Maiden for once.

The decisions come in the final quest in Keira Metz’s questline. Here, Keria will find Alexander’s Notes, and you have many different paths you can follow.

In this quest, you have to kill the Whispering Hillock’s Spirit. However, you can also free the spirit when you interact with it.

If you kill the spirit, Crones will take over the orphans in the bog. Other than that, the residents of Downwarren will be safe. Lastly, Anna, Bloody Baron’s wide, doesn’t turn into a Water Hag, but she goes insane due to her experiences.

If you free the spirit after you talk to Ealdorman, the spirit will protect the children of the bog from Crones, but it kills a lot of Downwarren residents and curses Anna, turning her into a water hag.

If you free the spirit before having a conversation with “Ealdorman,” the spirit will again kill the residents of Downwarren and fail to save the bog’s children from the Crones. This is, undoubtedly, the worst outcome possible.

In this quest, Geralt needs the help of an Oneiromancer, who is plagued by nightmares due to a godling, Sarah. You can either evict Sarah from her home to rid the Oneiromancer of her nightmares.

Otherwise, you can allow Sarah to stay. In this scenario, you can help create a bond between Sarah and the Oneiromancer, which also helps her eliminate her nightmares in TW3 Wild Hunt.

In this quest, you can kill or spare Whoreson Junior, who has beef with Ciri. You later get a rumor that he is alive if you kill him. Geralt and Ciri decide to visit him and finish him off, but someone else takes on Whoreson Junior’s persona and takes over his finances.

If you spare Whoreson Junior, Ciri will track him down by herself. She finds him needy, homeless on the streets, and with kids throwing rocks at him. Seeing how bad his life is, Ciri decides to let him live out the rest of his days in total misery.

If you allow Triss to be captured, you interrogate Menge about Dandelion’s whereabouts. Once you successfully get the information you want, you learn that Triss freed herself and killed her captors and Menge.

If you decide to save Triss, your cover is blown, and a fight breaks out. During the fight, you can find a piece of paper that reveals the whereabouts of Dandelion. Also, you can get information about Dijkstra’s Treasure and the key to the treasure. If you don’t ask about it, you can still find the key, but you won’t find the treasure alone.

There are two separate decisions that you can make.

First, you can help the Mages get out of Novigrad during the Radovid siege. If you refuse to help the mages, they will perish, and Radovid will be victorious. If you abandon the mages, you won’t be able to romance Triss, leaving the second decision in the quest useless.

The second decisions involve telling Triss whether you love her or not.

If you choose to tell her that you love her, she will return to you, and you get a sex scene with Triss in the lighthouse. You will also end up with Triss on the rad after the quest ends.

If you select any option other than ‘I Love you’ during the dialogue, Triss will leave, and the romance fails.

The decision is not made in a quest. Assassin’s Quests involve three different quests. If you complete all three of these quests, you will unlock the Reason of State quest later in the game, which helps you decide the winner of the war in Witcher 3.

If you don’t complete these three quests, Radovid will win the war. Emhyr is killed and Temeria falls.

If you want to romance Yennefer, accept to help her in her quest, then tell her that you still love her. On the other hand, if you fail to say I Love you to Yennefer, you will fail to romance her even if you agree to help her.

You can help “Cerys an Craite” or refuse to help in this quest.

If you decide to help Cerys, you will unlock the quest King’s Gambit and help decide on the new ruler of Skellige.

If you refuse to help Cerys, King’s Gambit is locked, and Svanrige an Tiurseach will take Skellige’s throne.

The Lord of Undvik

Again, the same as Possession, but here you need to help Hjalmar.

If you decide to help Hjalmar, you will unlock the quest “King’s Gambit” and help him decide on the new ruler of Skellige. This is one of the prerequisites for unlocking King’s Gambit.

If you refuse to help Hjalmar, King’s Gambit is locked, and “Svanrige an Tiurseach” will take Skellige’s throne. Both “Cerys and Hjalmar” will also be presumed dead.

The quest gives you a chance to help Cerys or Hjalmar, or you can refuse to help both.

If you decide to help Cerys, the culprit behind the berserker attacks is revealed, and you apprehend him. For this, Cerys is named the new “Queen of Skellige.” Cerys focuses on the islands of Skellige instead of simply attacking and raiding, leading her nation into a new prosperous era.

If you help Hjalmar, the culprit behind the attacks is not revealed, but you kill all the berserkers, clearing the family name and earning Hjalmar the title of King. Hjalmar carries on the tradition of raiding and pillaging for Skellige.

If you refuse to help either of them, Svanrige is again named the King. Svanrige refuses to merge Skellige with Nilfgaard but instead replaces the monarchy system of Skellige with a hereditary system.

Act II of The Witcher 3 features all its major decisions in just one quest, “Blood on the Battlefield.” You need to make different decisions in this one quest that occurs after the Battle of Kaer Morhen, and no other quests involve significant decisions.

For the first decision, you must decide how you want to cheer up Ciri. You can choose between alcohol and a snowball fight.

If you select Alcohol, it won’t help Ciri relax and take her mind off what happened. This counts towards the bad Ciri ending.

If you decide to have a snowball fight instead, Ciri will cheer up, which helps take her mind off things. This counts towards one of the two good endings for Ciri.

For the 2nd decision, you have to decide whether Ciri should visit her father.

If you decide to take Ciri to visit her father, you get the point toward a positive ending. Here, you also encounter your 3rd decision, whether you should take the payment from Emhyr.

Accepting the payment counts as a negative for Ciri’s ending, and she won’t become the new Empress of Nilfgaard. Instead, she will follow the path of a Witcher. If you reject the payment, Ciri becomes the new Empress, and Nilfgaard will win the war.

If you return to Velen without meeting with Ciri’s father, Emperor Emhyr, this leads to Ciri’s lousy ending.

Everything AFTER Blood on the Battlefield is Act III in TW3 and features a lot of choices that can impact the ending of the game.

You can send Ciri to the Lodge of Sorceresses alone in this quest.

If you send her alone, it helps boost her confidence and counts towards Ciri’s good ending.

If you decide to accompany Ciri to the Lodge of Sorceresses, it has a negative impact on Ciri and counts towards her bad ending.

In this quest, you must decide whether to negotiate with Sigismund Dijkstra or kill him.

If you choose diplomatically and negotiate with him, he will happily provide all the information you want. You will also unlock the Reason of State quest in TW3 Wild Hunt.

If you fight Dijkstra, Radovid will win the war. This leads to Emhyr’s execution and the fall of Temeria.

You must have completed all three “Assassin’s Quests” in Act I and negotiated with Dijkstra in Blindly Obvious to unlock this quest.

Here, you can use either side with Dijkstra or with Temerian Patriots. Other than that, you can decide not to get involved at all.

If you help Dijkstra kill “Thaler, Vernon Roche, and Ves.” Dijkstra takes over the northern realm, and with his newly founded power, Dijkstra crushes Temeria. Emhyr is killed.

If you decide to help those loyal to Temeria, Dijkstra is killed. Emhyr wins the war, and Temeria prevails. If you have followed “Ciri’s storyline” and made the correct choices, Ciri will become the “Empress” of the new state in The Witcher 3 Wild Hunt.

Child of the Elder Blood

In this quest, you must decide whether to let Ciri take out her anger on Avallac’h’s lab in The Witcher 3.

If you try to calm her down and save the lab, this counts towards Ciri’s bad ending and will weaken Ciri’s resolve.

If you allow her to destroy Avallac’h’s ab, both Ciri and Geralt have fun wreaking havoc on the lab, improving Ciri’s resolve.

Here, you need to decide whether to bury Skjall or not.

If you decide to bury Skjall, Ciri will get some closure and grieve for him, helping towards Ciri’s good ending. If your refuse to visit Skjall’s grave and let Ciri get some closure, this leads to her bad ending in The Witcher 3.