The Witcher 3: Get Junior Quest Guide 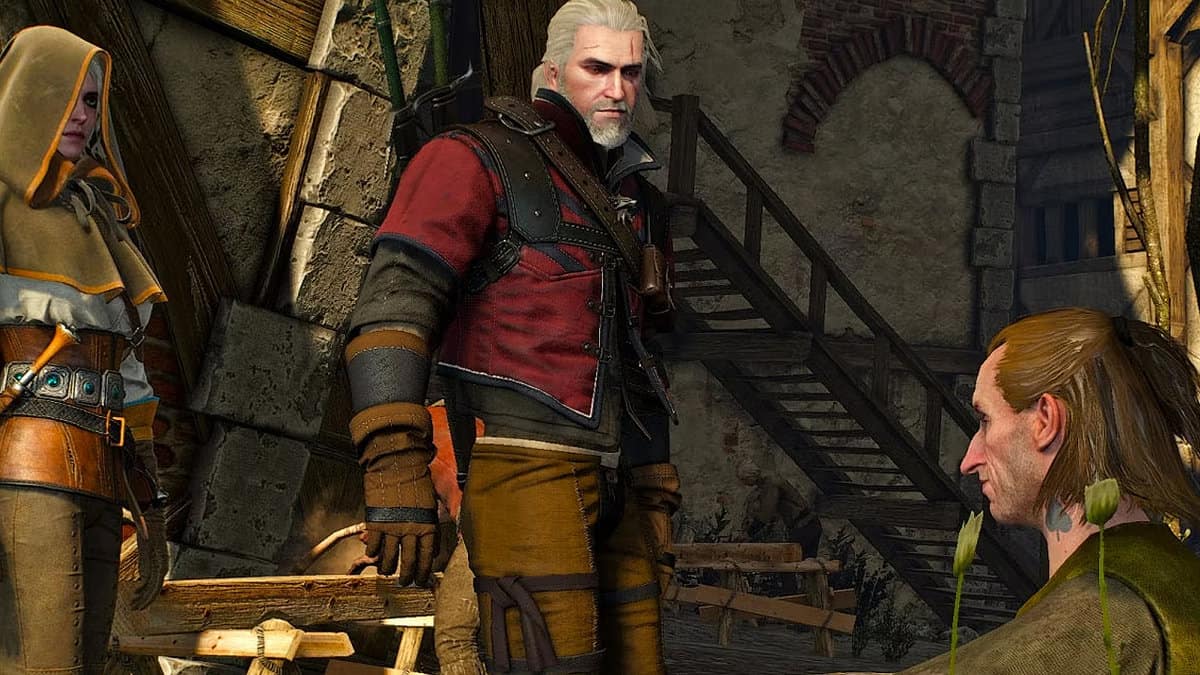 Get Junior is another important quest in the main story of The Witcher 3: Wild Hunt. This is primarily because there are several dialogue choices to choose from in the quest. The decisions you make here will impact your upcoming quests.

This quest also gives you an opportunity to get to know some other important characters such as Dijsktra, Vernon Roche, and King Radovid.

The following guide will tell you how to complete the Get Junior quest and which choices and decisions to make along the way in The Witcher 3: Wild Hunt.

Get Junior is one of the early quests you get to do as soon as you reach Novigrad. This follows immediately after completing Broken Flowers where you set out to find Dandelion.

Make your way to the bathhouse to speak with Dijkstra, the head of Redanian Intelligence and a person who always knows what is happening in his city.

Your meeting at the bathhouse will be interrupted by some of Whoreson Junior’s thugs. Help Dijkstra defeat the thugs to gain his trust and time.

After speaking with him in his private office, you will get to know about three possible locations where Whoreson Junior might be hiding. This will start you on your way.

The first location you need to go to is Whoreson Junior’s house, which is also the nearest of all three locations. When you reach there though, you will find that Cleaver’s men have already trashed the place in search of him.

You can use your Witcher Senses but they will not pick up any clues.

Next, make your way to the arena. Just outside of the entrance, you will spot more of Whoreson Junior’s thugs killing Zdenek, a former fistfighting champion.

There are two ways to enter the arena. You can loot Zdenek’s body for a certificate that will let you enter by impersonating him. This, however, may fail one of your objectives that requires you to enter the arena some other way.

When you reach the entrance of the arena, you can either go peacefully or kill them. Considering that you are going to kill everyone in the arena afterward, it does not really matter if you go in peacefully.

Once inside, find Igor the Hook and persuade him to let you compete. If he agrees, then first you will have to fight Gustov Roene. Once beaten, he will beg for mercy and Geralt can either spare him or finish the job. Sparing him earns his help in the arena which is always a good option.

Next, you have to fight a pair of warriors from Skellige warriors. Soon after that, a Wyvern and two Endgregas will be unleashed for you to fight.

Defeat all the opponents in the fight to then face yourself with the bear called Boris. After you successfully defeat all your opponents, Whoreson Junior shows up and tells Igor to kill Geralt.

If you completed the Gangs of Novigrad side quest before starting this one, then you will be able to recruit Cleaver’s men providing some backup.

Fight your way through the arena and loot Igor’s body for a key to his chest beside his throne. Inside you will find a note that speaks about a stash.

To find this stash, travel back to the entrance and search with your witcher senses to reveal drag marks created by a hidden door. Push the torch alongside to open it and enter the chamber.

Opening the door will reveal a chest that contains a Mysterious Letter that will say that Whoreson Junior has struck an alliance with King Radovid and is working for him.

Entering the Casino is similar to the arena as you have plenty of options to deal with the guards at the entrance. Regardless of what options you choose, you would be able to enter the Casino, but some options are more violent and less peaceful. Calling Cleavers men to help can be another option for you if you have done Gangs of Novigrad.

After getting inside the casino, your only objective should be to find Rico. Although there are many approaches to get to him, the most violent among all would be engaging in a fight.

Engaging in a fight is easy and can be done easily by either threatening the bouncers or mentioning Whoreson Juniors’ name inside the Casino.

The second approach and a peaceful one is to first get to the second floor where high stakes are in a nonviolent way. This can be done by start playing Gwent with two players and winning. The guards will invite you upstairs where high-stakes games are being played.

When upstairs, instead of going to the high-stakes games, walk around to find a dealer on the same floor. Doing so will make all of the casino guards against you and they will attack you. Fight them and make them regret their decision of crossing swords with a witcher.

Eventually, no matter what path you took, Geralt will end up finding Rico in an interrogation room tied up. You need to tell Rico that Junior is working for the Redanians.

You will now need to go to Dijkstra and speak with him about what you have learned. He will recommend that you meet Vernon Roche, Geralt’s friend from The Witcher 2.

Meet Roche at his hideout close to Oxenfurt where he will tell Geralt that he has a contact at the Oxenfurt Chess Club. You can either travel along with Roche or alone to the Chess Club. This will be your last chance to complete the Gangs of Novigrad side quest if you have not done so already.

The contact turns out to be the King of Redania Radovid himself.

Radovid reveals the location of the Whoreson Junior which you can now follow up on. You can now leave and find Roche outside who will ask Geralt about helping him with Ves when leaving the club. This will start An Eye for an Eye.

Head to Junior’s hiding place that Radovid gave you. Just like any other place, Whoreson place is also guarded by two guards.

You will now have to kill the guards outside to get your way inside. Loot the key to the front door from one of the guards to unlock it. The main house will be the biggest building in the compound. Cut down anyone who gets in your way and enter the building.

Whoreson Junior can be found inside the room located on the second floor of the house. Geralt will see Junior torturing some women and can intervene and give Junior a taste of his own medicine.

Then you can talk to Junior who will relay the events of his meeting with Ciri. You will then play as her in the quest ‘Ciri Story: Visiting Junior’. To get back to playing as the Geralt, you need to finish this quest.

You will then get an option to either kill or spare Junior. Whatever choice you will end up making, you will get 500 XP as a reward.

Before Geralt will be able to make an escape from the Junior residence, he will be stopped by the Redanian Soldiers. They will ask Geralt to return the favor from Radovid. It will take to you Radovid and he will give you another quest. Afterward, meet Priscilla and the quest ‘Get Junior’ will be over.