How To Defeat Imlerith In The Witcher 3 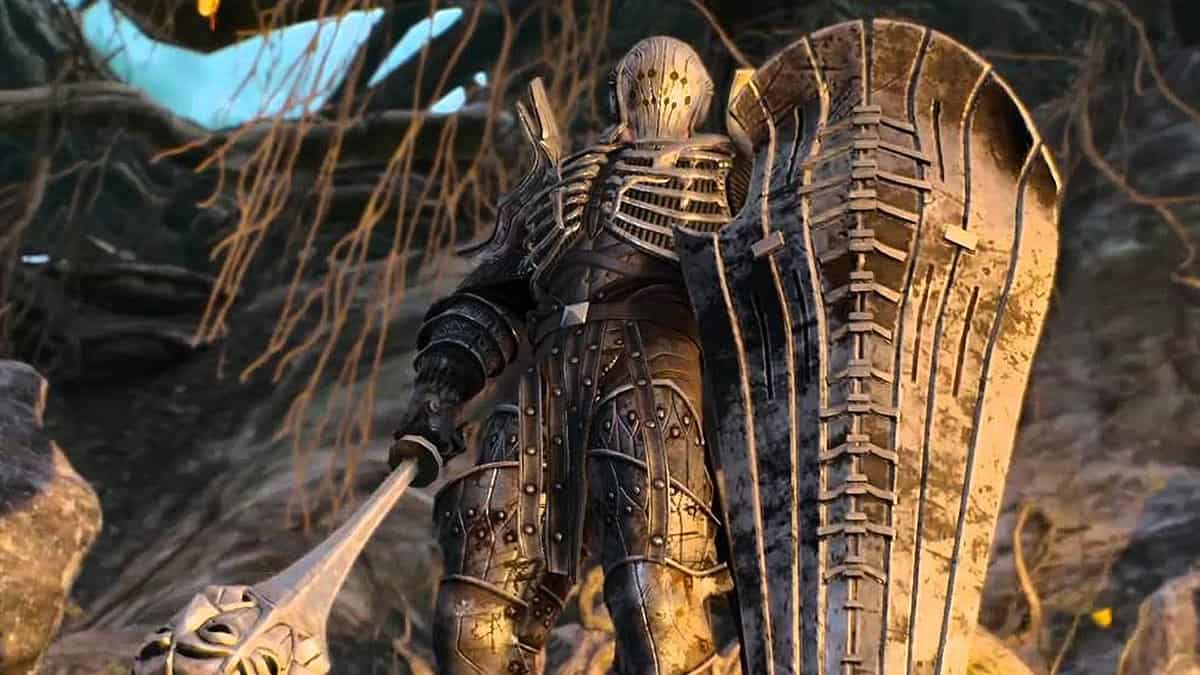 Imlerith is the second general besides Caranthir who leads the Wild Hunt in The Witcher 3. Having fought countless battles and conquered many worlds, Imlerith now wants to capture Ciri and bring her to his commander and king, Eredin.

While being an incredibly powerful warrior himself, Imlerith will have to face Geralt if he wants to get to Ciri. This encounter is personal for Geralt because Imlerith is the one who killed Vesemir.

The following guide will tell you how to take down Imlerith once and for all in The Witcher 3: Wild Hunt.

Where to find Imlerith

Imlerith will make appearances in several quests leading to The Battle of Kaer Morhen. You will get the opportunity to fight him for the last time in Bald Mountain which begins automatically after Geralt and his allies send off their dead.

You will scale the titular mountain to find Imlerith sitting on a throne at the top. When you approach him, he will ask if you came alone or with Ciri. You can choose either of the two dialogue options because it will not change anything in the main story.

When Imlerith wears his helmet, the fight will start.

How to defeat Imlerith

Imlerith is a formidable enemy and it goes without saying that defeating a general of the Wild Hunt is not going to be easy.

When it comes to weaknesses, he has none. All you need is your silver sword and an upgraded Quen sign to boost your defenses.

Secondly, you can bring some Elementa Oil for your sword. This is not for Imlerith but for the Wild Hunt Hounds that he will summon from time to time.

Just like Caranthir, Imlerith will also buff himself with frost armor during the fight. You can destroy his armor by casting Igni. You can also use an upgraded Axii sign to temporarily stun him for a few free hits.

Imlerith is also susceptible to Grapeshot and Samum bombs where the former works much like Igni and the latter like Axii.

We will recommend that you dodge and roll to escape Imlerith’s attacks. Nonetheless, it is always better to be wearing good armor such as the Griffin School Gear or the Skellige armor set to make a difference.

Imlerith himself wears heavy armor and wields a mace along with a large shield. Judging by his size, you would think that his attacks would be slow – but that would be a mistake!

Imlerith is terrifyingly fast and can also use teleportation. Moreover, his attacks with the mace cannot be parried, countered, or blocked, so you will mostly have to rely on dodging and rolling to avoid his attacks.

Keeping all this in mind, there is one effective strategy you can make up to defeat Imlerith, which will vary slightly in each of the phases mentioned below.

In phase 1 of the fight against Imlerith, he will use both his shield and his mace to attack. He will not use any teleportation powers though, and all attacks will be head-on.

Imlerith is very fast with his mace and will use combos of two to three attacks each time before he repositions. You will have to dodge the attacks and roll to flank him.

When he takes some time to reposition, that is your window to land your attacks. Note that you need to flank him or attack him from the sides each time because he will block all attacks from the front with his shield.

Moreover, you will only be able to land about 2 attacks one average this way – 3 at most. After that, Imlerith will perform a quick counter with his shield, so it is recommended to be cautious.

If he uses his ice armor, make sure to destroy it with the Igni sign to destroy it. You can then later on shift to the Quen sign to protect yourself.

That is about it for phase 1 of the fight. The strategy to defeat him in this phase is slow, yet a very effective one – so try to be patient with it. Once about two-thirds of his health is depleted, Imlerith will throw down his shield, beginning phase 2 of the battle.

Phase 2 of the fight against Imlerith is very difficult compared to the previous one. Since Imlerith has thrown away his shield, he is now much faster than before. Moreover, he will now also use teleportation very often to teleport behind you and attack right after.

This attack sequence is a very dangerous one. You will have to time your rolls perfectly to dodge his attacks. He will do this for about three to four times, after which he will get tired and press his mace against the ground.

That will be your only opportunity to strike him. Once again, you will not be able to land more than a few attacks at once, because he will counter your attacks very quickly.

Furthermore, keep the Igni sign ready to use, because you will have to destroy his frost armor every time he rests from teleportation.

Again, a slow strategy but an effective one. After about 5% of Imlerith’s HP is left, a cutscene appears. Geralt stabs Imlerith in his abdomen, but Imlerith throws away his sword and grabs Geralt by his neck.

Geralt then uses Igni on his face, causing Imlerith to leave hold of him. He then steps back, gets on his knees, and removes his helm, revealing his face – burned to a crisp at this point.

Geralt then grabs Imlerith’s mace and strikes him on the head – a fitting end to this amazing fight.

What is a Magic Acorn? Honestly, it might look like junk to you but consuming it will grant you two ability points. You can also give it away to the villagers which will do nothing to the ending of the game.