How To Kill Cyclops In The Witcher 3 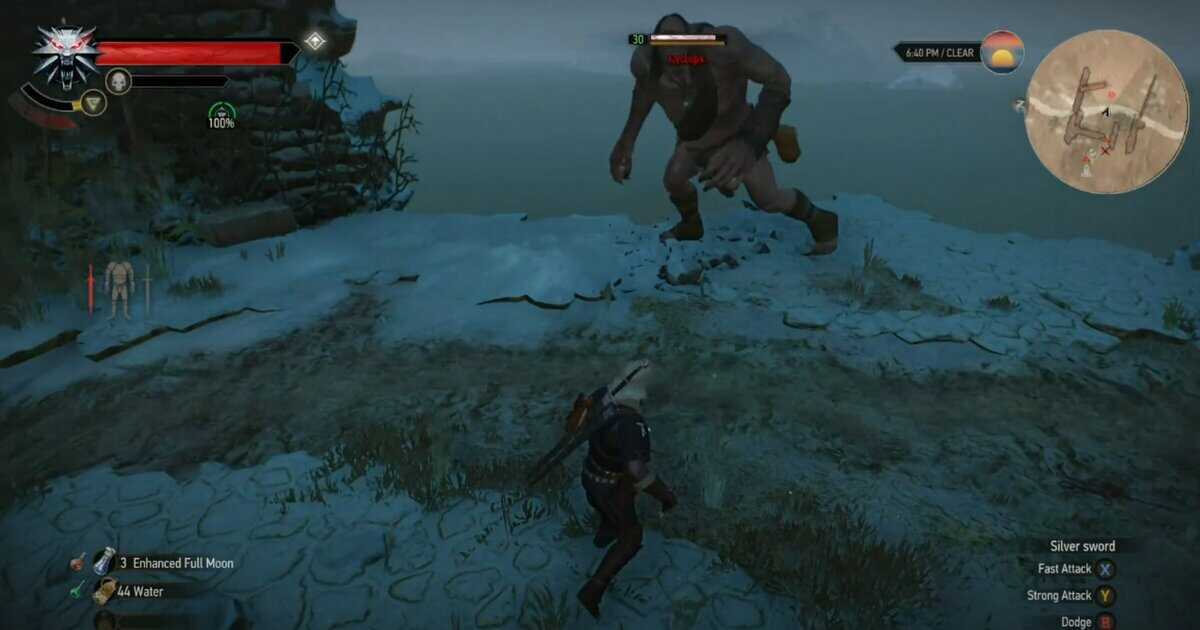 Hulking giant monsters featured by a single eye on their face and superhuman strength, Cyclops are indeed a force to be reckoned with. Cyclops is so strong that Witchers have specific instructions to try to stay out of Cyclops’ way.

Well, the reason why Witchers are told to beware of Cyclops is undoubtedly felt by players in The Witcher 3: Wild Hunt. In case you are struggling to defeat the Cyclops in The Witcher 3, allow us to help out with detailed instructions.

Where to find the cyclops

Cyclops are found in Destroyed Bastion, near the Road to Bald Mountain in TW3. The ruins house several Cyclops, and you must clear them to get the treasures hidden in the Destroyed Bastion.

Cyclops are giant ogroid monsters known for their exceptional strength and below-average intellect in TW3 Wild Hunt. Due to this, Cyclops always depend on their brute strength when fighting, and keen Witchers can use this to their benefit.

You might also be able to find cyclops on the Skellige Isles as part of a Hidden Treasure but if you are interested in farming the cyclops in TW3 for its drops, Destroyed Bastion is your best bet. You will most probably encounter a cyclops during the Scavenger Hunts for Bear and Griffin school armor.

All of Cyclops’ attacks are extremely powerful, but they are simple and telegraphed. At close range, Cyclops will swing their arms around to hit you when you are not in front of the Cyclops. If you stand directly in front of Cyclops, they will try slamming you into the ground.

Cyclops can also straight-out punch you. These are faster than the swings and slams. The punches and slaps are weaker, but they will interrupt you and even have a chance of knocking you down.

Cyclops have no direct long-range attacks, but that doesn’t mean they are helpless. The first main attack they use to close distance is directly charging at you. Cyclops have an extended range of running, and they are almost unbeatable when running toward you.

Next, they can jump at you if the distance between you and the Cyclops is not too much. The leap is significantly faster than the charge, and the Cyclops will smash you into the ground, an attack that deals massive damage.

How to kill Cyclops in the Witcher 3

First, Cyclops are forces of nature, and you cannot block or dodge them. Don’t even try to power through the attack or stop them. Cyclops will break through and deal damage. The best thing you can do to avoid getting hit is to keep moving around.

Cyclops are very slow. Yes, their attacks can be fast, but they move around very slowly, and you can practically just move around them to avoid their attacks instead of having to dodge them. You can use this to your benefit and just change your position when the Cyclops starts to swing instead of dodging.

According to The Witcher 3 bestiary entry on cyclops, they are extremely weak to FIRE. You can throw oil flasks at Cyclops and ignite them using the Igni sign. Another significant weakness cyclops hold is Ogroid Oil. You can cover your silver sword in Ogroid Oil and start cutting the Cyclops down.

Axii and Quen signs are also essential in your arsenal when fighting Cyclops. You can use Quen to power through the Cyclops’ attacks without taking damage. Upgrading your Quen sign allows you to damage the enemy when your shield breaks.

Axii allows you to enrage the Cyclops you are fighting. Enraged Cyclops lose all sense and will start wailing around and attack erratically, enabling you to get breathing room by staying away from the cyclops.

Aard sign will always be useless when fighting against Cyclops. The telekinetic blast Geralt unleashes is not even close enough to make the cyclops move, so avoid using the sign to create a breathing room.

Lastly, cyclops are extremely powerful tanks, but like tanks, they are so slow that you can counter them quite easily. Fighting Cyclops takes patience, you might get greedy to attack, but you must ensure that you keep your cool and only attack when the Cyclops is not attacking.

With the proper setup, that is, a good silver sword drenched in Ogroid oil, you can easily take down the huge powerhouses Cyclops.

As you know, none of the drops when you kill a monster are guaranteed, but you have a chance of finding the following items when you slay a cyclops: