How To Meet The Unseen Elder In The Witcher 3 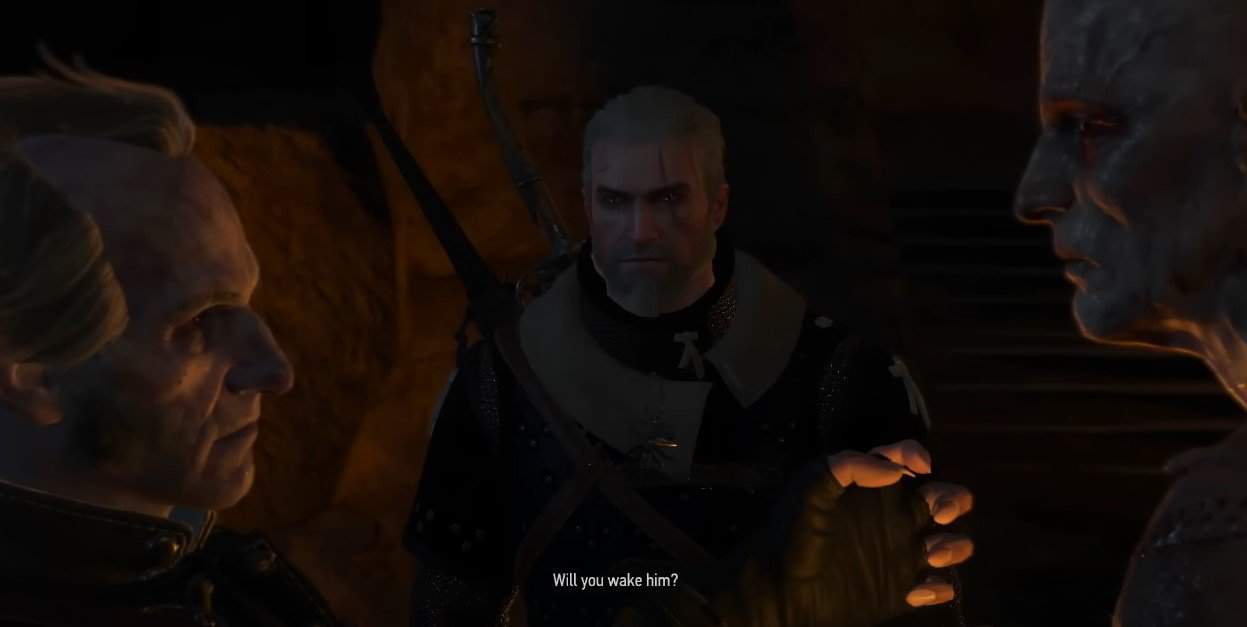 Unseen Elder is a great vampire in The Witcher 3 who, as the name suggests, is only known but rarely seen. One of your choices in the quest “The Night of Long Fangs” leads Geralt to meet the Unseen Elder, hidden somewhere in a cave. Unseen Elder is said to be so strong that even saying the wrong thing in front of him means certain death.

How to meet the Unseen Elder in The Witcher 3

In the quest “The Night of Long Fangs,” Geralt needs to choose between finding Damien and retrieving Syanna on Dettlaff’s orders or asking about the Unseen Elder’s whereabouts from Orianna.

As you start the quest “What Lies Unseen,” you meet up with Regis at the start. Regis will again try to persuade you to focus on finding Syanna instead of going to meet the Unseen Elder.

You can choose to not meet the Unseen Elder and search for Syanna instead which will impact how the next quest plays out.

You will have received the magic key that grants you access to the cave from Orianna before you leave. Unlock the cave entrance that is hidden behind a fake rock wall.

The walk through the cave is a simple straight path. You will face a few vampires in the cave, but nothing too difficult to handle. At the end of the cave is a large room, the lair of the Unseen Elder.

Your first meeting with the Unseen Elder doesn’t go as planned in The Witcher 3. No matter how you talk to him, he will attack you.

As said, the Unseen Elder is way out of Geralt’s league. He will drain Geralt’s blood and throw him into the lower part of the cave. However, Geralt does survive, being a witcher and all.

Return to the Unseen Elder

When you regain consciousness, the first thing you need to do is find a healing potion. Fortunately, a Swallow is conveniently located next to where you woke up. Look around the cave you woke up in and retrieved all your gear.

From here, your main focus is finding the exit out of the Unseen Elder’s lair. Head on, and you will come to a campfire of a mage. Examine the area to find “Mage’s Note.”

Read it, and you can see the Mage’s footprints using your Witcher Sense. You face a few more vampires along the way, which are much stronger than the ones you faced when entering the cave for the first time.

Following the footsteps, you find yourself at a damaged megascope and the Mage’s library. A cutscene ensues, and you find Geralt walking on the roof. Like before, follow in the footsteps until you get the “Crumpled Letter.” After reading the letter, Geralt realizes that you should have brought a gift for the Unseen Elder if you wanted a proper meeting.

Gift for the Unseen Elder

Now you know where you went wrong. You need a gift for the Unseen Elder in The Witcher 3. Fortunately, a worthy offering is found near the crumpled letter. Use your Witcher Sense to locate a small item beside the railing.

With the gift in your possession, it’s time to return to the Unseen Elder TW3 and convince him to help you.

Climb the ledge in front of you, and follow the path. Here, you will come across a cracked wall that you can destroy with your Aard Sign. Destroy this wall, then jump off the path’s edge into the water.

As soon as you touch the water, you will be teleported back to the cave’s original entrance. From here, head back to meet the Unseen Elder.

Convince the Unseen Elder with the correct answers

Once you return to the Unseen Elder, you will enter a dialogue sequence again. Before we move on, remember that every mistake means instant death in TW3 Wild Hunt.

When you start the dialogue, you get three options to choose from. Ignore the first two, and select the third that says: Dettlaff spells trouble for you. This is the only dialogue choice that doesn’t get you killed at the hands of the Unseen Elder.

After you are done talking to the Unseen Elder, he agrees to force Dettlaff to meet you and sends you off to Tesham Mutna, which then leads to a whole new quest. As you exit the cave, you can talk to Regis and inform him of what happened inside the cave and complete the quest to get 800 XP.