How To Defeat Dettlaff In The Witcher 3 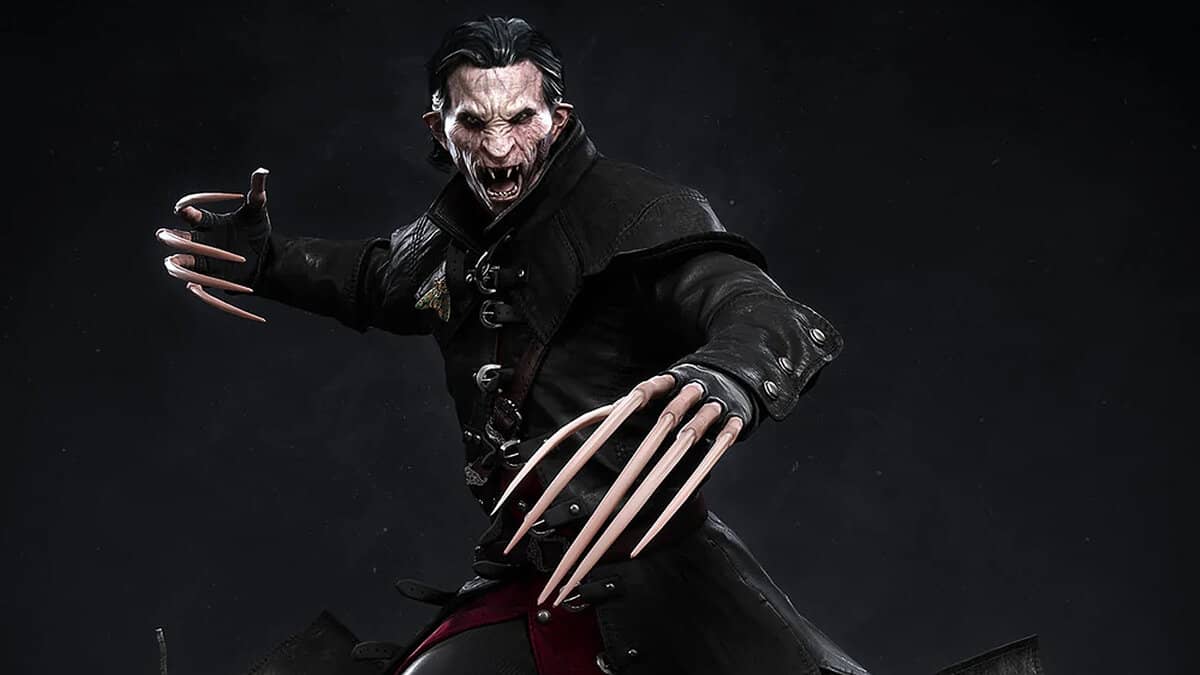 Dettlaff van der Eretein is a higher vampire and one of the most difficult enemies you have to fight in The Witcher 3: Wild Hunt.

Known as the Beast of Beauclair for a series of mysterious killings where the nightly creature could never be identified, Dettlaff is a highly skilled fighter with inhuman strength and speed as well as the ability to transform.

The following guide will help you prepare to defeat Dettlaff by pointing out his weaknesses and attack patterns in The Witcher 3: Wild Hunt.

How to defeat the Beast of Beauclair

Dettlaff van der Eretein is the final boss of the Blood and Wine expansion pack. You will face him two times in total. Your first encounter will be early in the Blood and Wine storyline and is a way of letting Geralt know what awaits him at the end.

The second encounter is where Dettlaff will show his real form and prove why he is hailed as one of the most powerful vampires in the Witcher lore. This will be part of Blood Run, the quest where you need to defeat him.

The first encounter is where Geralt will discover that the Beast of Beauclair is actually Dettlaff van der Eretein, a powerful higher vampire.

You will chase him into an old warehouse where Dettlaff will fight in his human form. He has multiple forms which you will get to see in his second encounter.

Do note that Dettlaff cannot kill you in the first encounter. You also do not need to win this fight. However, if you do, you will get additional experience points. Dettlaff will, however, vanish in a cloud of mist to conclude the fight.

Just like any other vampire, you can apply some Vampire Oil on your silver sword to do increased damage.

You can also drink a Black Blood potion to return a portion of the damage every time Dettlaff lands an attack on you. Drinking a Superior version of the potion will also get you a useful passive.

Finally, remember to keep casting Quen to always have your shield up.

The second encounter is the grand finale of the Blood and Wine expansion pack. This is where it all ends and you finally get another chance to rid the Witcher world of the Beast of Beauclair.

Compared to the first encounter, however, Dettlaff is going to be much harder. He will gain new forms and attacks, which means that you need to be fully prepared with more than just a couple of potions.

Something very important to know is that Dettlaff is immune to fire, unlike the rest of the vampires in the game. There is no need to cast Igni or throw any Dancing Star and Dragon’s Dream bombs.

His only weakness is Vampire Oil and a silver sword as noted above.

Make sure that you are packing some useful potions and decoctions to heal to increase your survival chances. A Superior White Raffard’s Decoction, for example, will immediately restore your health from zero to full. A Superior Swallow will get you increased vitality regeneration during combat.

You can also get a very useful mutation to give you a second chance at life. Second Life makes you invulnerable for a short period when your health reaches zero. You also get increased health regeneration. The best part is that you can trigger this mutation every 180 seconds in the fight.

In the initial phase, Dettlaff is seen in a semi-vampire/human form. This phase is relatively easier to counter since you need to avoid his attacks and take him out using your sword attacks. You need to be aware of his strikes so use Quen as a precaution in case he gets an opening to strike you.

Next off, make use of the distance during your fight with Dettlaff and use Aard to stun him temporarily and create an opening to land a combo strike with your sword.

During the second phase of the boss battle with Dettlaff, he takes on a monstrous form with wings. This phase is a real challenge for many in The Witcher 3 as the enemy boss has the advantage of flight.

Below are his attack patterns and how to counter them.

In this attack, he goes up high and gathers a swarm of bats which he launches at you. Initially, this attack is too quick and impossible to dodge but if you get the timing right you can easily evade it. If you get hit by this attack it does a ton of damage to your health, so you need to be very alert during this attack.

The only way to counter this attack is that as soon as Dettlaff starts to gather the bats, start running away and get as far away from him as possible. Then a black cloud-like animation will occur and at that moment you need to instantly dodge the attack by rolling to the sides.

This is the second attack that you need to be concerned about when facing Dettlaff in Witcher 3 boss fight. A pool of blood starts forming beneath you, and he emerges from that pool to attack you.

During his emergence simply dodge towards the sides and as you see him rush towards him to strike him 2-3 times.

Once you counter the first two attack patterns, Dettlaff will get enraged and take to the skies. From there he will perform a swooping lunge attack at you. This attack can cause serious damage if you come in contact with it.

The only way to counter this attack is by using Aard, by which you can stun him temporarily. Then you need to attack him but don’t get too greedy as he can recuperate and attack you as well. Use the same attack pattern to counter his movement and you will deal damage to him steadily.

The third phase will begin in a cinematic sequence when Dettlaff pounces and takes a bite off your neck. After this, he will disappear for a moment and your surrounding environment will change. It will look as if you have suddenly been transported inside Dettlaff’s body.

Here, Dettlaff will show his final transformation in the form of a bloody monstrosity. You will see three of his hearts in each of the surrounding areas. You will need to evade his attacks and destroy the hearts one by one.

Lock your target onto one of the hearts, evade Dettlaff when he comes to attack you, and keep slashing his hearts one by one. By performing this rhythm of attacks you will end up finishing off all three hearts of Dettlaff.

Once all three hearts are destroyed, you will be teleported back to the arena after which a cinematic will play, and Detlaff will meet his end in The Witcher 3: Wild Hunt.