The Witcher 3: A Matter Of Life And Death Quest Guide 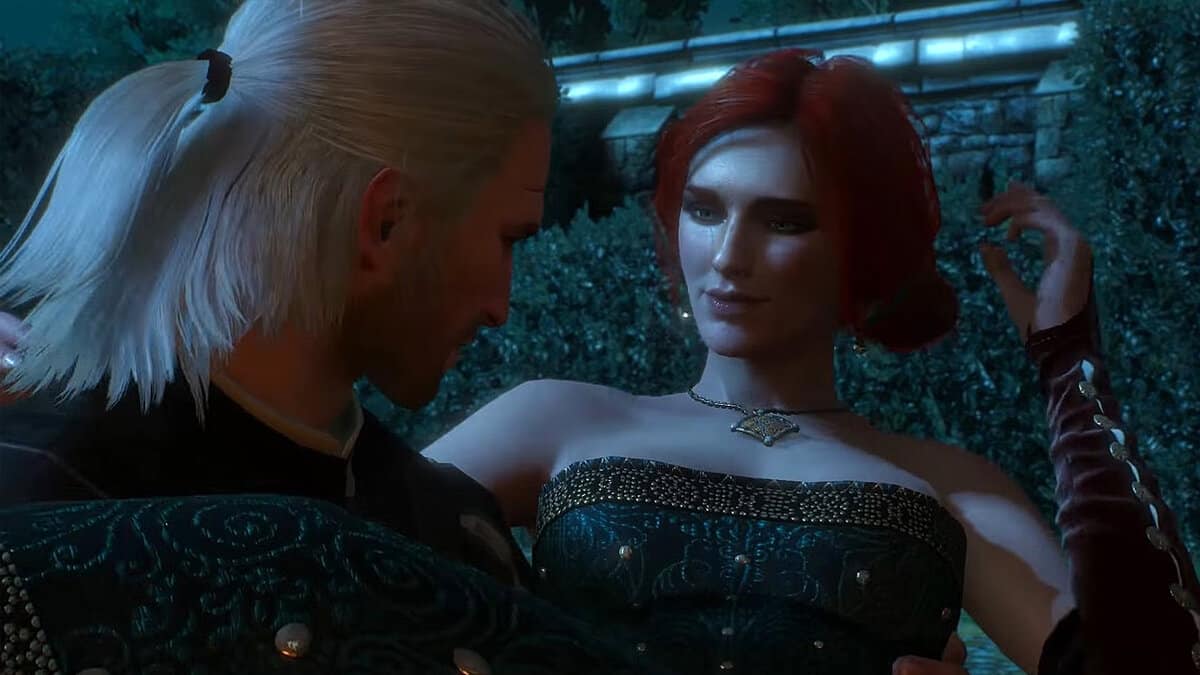 “A Matter of Life and Death” is one of the more important secondary quests of The Witcher 3: Wild Hunt.

You will help out Triss Merigold with evacuating Albert Vegelbud, son of Lady Ingrid Vegelbud, from the Vegelbud Residence and saving him from the Witch Hunters.

There are also numerous other secondary quests that are tied to A Matter of Life and Death. There is a certain order in which you need to complete all of these quests or else most of them will either fail or be rendered inaccessible.

The following guide will help you out by explaining just how to start and complete A Matter of Life and Death in The Witcher 3: Wild Hunt.

Once you complete the Count Reuven’s Treasure quest, Triss will invite you over to her hideout in The Bits for further talks. The hideout can be found northeast of the Hierarch Square signpost in Novigrad, on the third floor of the house marked on the map below.

Speaking with Triss at her hideout will automatically begin A Matter of Life and Death. However, you need to take note of a few things before starting the quest.

There are a number of other quests that involve Triss. Starting A Matter of Life and Death before completing them first will make them inaccessible.

These includes quests like The Soldier Statuette, The Nobleman, and Redania’s Most Wanted. You should complete these quests before speaking with Triss to start A Matter of Life and Death.

Secondly, if you start The Isle of Mists before completing A Matter of Life and Death, you will automatically fail the latter.

Thirdly, screwing up the order, or if you make the wrong choices will also make it difficult to romance Triss in The Witcher 3.

A Matter of Life and Death walkthrough

The main point of this quest is to help Lady Ingrid Vegelbud’s son, Alber Vegelbud, from getting murdered by Witch Hunters due to his recent interest in alchemy.

At Triss’s hideout, she informs Geralt that she received a letter from Lady Vegelbud’s servant, which stated that the Lady was interested in helping the mages flee from Novigrad. However, she asked a favor for it in turn which was not mentioned in the letter.

A meetup was arranged for Triss with the Lady’s servant to talk about it, but it was too risky for Triss to go by herself. Geralt offers to meet with the servant to discuss the matter himself.

Meet the informant at the fish market

You must first travel to the fish market as part of the objective. The servant wears a blue shirt and has a bunch of keys hanging around his belt.

While there will be many people there wearing blue shirts, you will be able to pick the odd one out with the keys – or simply using your Witcher Snses if you are not in the mood to play hide and seek.

Once you find the servant and talk a bit, you must follow him a little farther. Not long after, you will be met with a few bandits that you need to take care of.

Triss will appear soon after, and the servant will reveal that the reason for the discreet meeting was because Lady Ingrid was afraid that the Witch Hunters might track her down.

You will get to know about details about Albert’s latest interest in alchemy, for which he has been targeted by Witch Hunters. She asks for Geralt and Triss’s help, which they agree to.

Moreover, Lady Ingrid Vegelbud has devised a master plan that would her son to escape unnoticed – during the masquerade ball.

Dress for the Masquerade Ball

Geralt and Triss must now prepare for the Masquerade Ball. For this, you will require a fox mask for Triss, a mask for Geralt, and maybe a set of good clothes for Geralt himself if he wants to impress Triss.

Buying the doublet, trousers, and boots for Geralt is completely optional though, but doing so will play a part in romancing Triss Merigold.

You can get yourself some good clothes and the masks down at Elihal’s Tailor Shop. If you don’t want to spend some money on good clothes, know that you can get them for free during The Play’s The Thing quest from madame Irina Renarde.

After the preparations are done, it’s time to enter the ball and meet with Lady Ingrid Vegelbud. You will be informed by the guard at the gate that the lady wears a parrot mask – and that’s how you find her.

Note that here you must also deposit your weapons. There won’t be much trouble inside other than a few hostile humans, so you won’t really need them anyways. However, you don’t have to directly meet the Lady, enjoy the ball a bit first!

If you stick to the main path from the entrance, Triss is stopped by a man who mistakes her for Vivian. This man gets hostile, and you have the option to choose whether to leave him alone or fight him. You can choose either, it doesn’t really change any outcomes.

Along the way, you will meet another man by the name of Moritz Diefenthel, who is a mage but refuses to accept Triss’s offer for help.

There’s a lot you can do here other than just arguing or fighting, like playing and winning Gwent to obtain an awesome Dandelion Gwent card.

Winning the Gwent tournament will reward you with the Dandelion card. If you beat all three people though, you will be able to complete the Collect ‘Em All quest and earn the Card Collector achievement.

Other than that, you can also loot the tables for food or meet up with other known characters in the game.

If you want to jump directly to the next objective, then you can find Lady Ingrid Vegelbud on the left side of the house’s main stairs. She wears a parrot mask. Upon talking to her, she will inform you that Albert Vegelbud wears a panther mask.

You will find Albert Vegelbud to the stairs’ right, not far along bushes, boasting about his alchemy expertise to a few people. Find him later at the hedge maze and you will get to know that the plan is to escape the estate when everyone is busy watching the fireworks.

You must now wait for the fireworks to start. Triss will suggest sitting at a place nearby. Here you can talk with Triss. You can even choose to say that she’s charismatic, which will help sweep her off her feet. Not long after she will get drunk though, and will run into the garden maze, asking Geralt to follow.

In the maze, you will see her falling over a fountain. You will now have a timed option to kiss her, which is necessary to choose if you wish to romance her.

Soon after the timed choice, Albert will come through. Geralt and Albert then switch their masks for caution. Triss and Albert then walk out of the hedge maze first, followed by Geralt after a few minutes.

The Witch Hunters will mistake Geralt for Alber and attack you. This is not going to be a difficult fight. You will be limited to a fistfight but you can use Quen for a shield.

Once Geralt deals with the witch hunters, he must go over to the stables to meet Triss and Albert. They have already prepared the horses, and the three ride off, hence marking the end of this quest.