The Witcher 3 – How to Play Gwent Cards Game 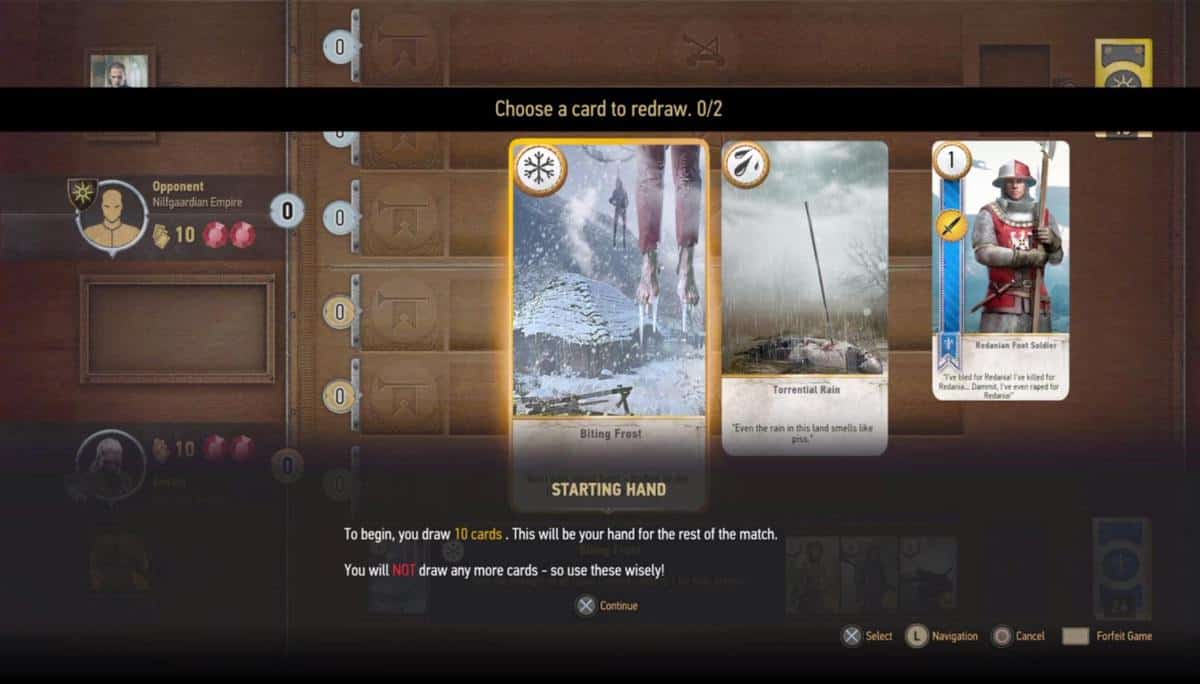 Gwent is a mini-card-game in The Witcher 3. Geralt first learns to play Gwent in a small village of White Orchard. You’ll find plentiful of NPCs and several on-going tournaments to test your skills in Gwent.

For more help on The Witcher 3, read our Romance Guide, Alchemy Recipes Guide and Crafting Guide.

How to Play Gwent Cards Game

In this guide, I’ll share everything you need to know about playing Gwent.

There are a total of 4 decks in Gwent comprising of Unit Cards, Leader Card, Weather Cards, and Special Cards:

Below you’ll find everything you need to know about different cards in a deck:

Unit Cards
The Unit Cards are a player’s primary means of earning points in Gwent. There are a total of 3 types of Unit Cards which are Closed, Ranged, and Siege. Like Leader Cards, Unit Cards also possess special abilities which can be used to turn tides during a match.

Special Cards
The Special Cards allow a player to inflict a wide array of effects during a match. These cards provide a player’s Unit Cards to come up with additional responses to deal with opponent’s moves. A common example of a Special Card is Weather Card.

These cards possess special abilities which enhance the effects of other cards. The Neutral Cards include Geralt of Rivia, Yennefer of Vengerberg, and Ciri.

Since a player can only draw 10 cards, it’s recommended NOT to use these cards too early.

A player needs to win 2 rounds to win a match so always be careful with them. There is no shame in passing a turn if you think your opponent’s card is too strong for your card. Furthermore, passing a turn doesn’t mean quitting the game.

Aside from certain early opponents, you need to possess a strong deck to defeat high level Gwent players.

Remember that you can always buy new cards from the Inn at the White Orchard – the same place where you first learn to play the game. Moreover, add strong cards into your deck as soon as you get them.

Always be careful with the Weather Cards. Since these cards affect the cards of both players; only use them when you’re sure that they’ll affect the opponent’s card more than your own cards. Lastly, Geralt will come across a number of Gwent players during certain side-quests.

These players sometimes possess the best cards out there, so if you’ve an interest in collecting them all; challenge them! There are a total of 197 Gwent Cards in the game and this is one of the ways to acquire some of them.

Share your own Gwent tips and strategies with us in the Comments Section below.