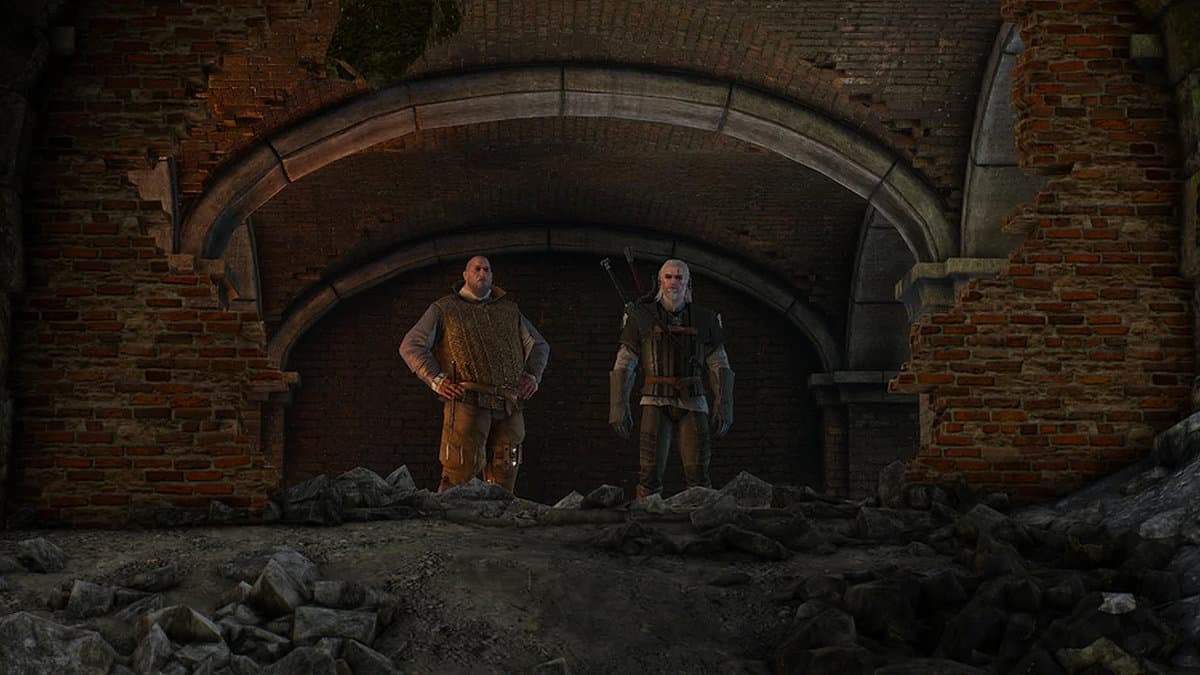 Count Reuven’s is part of the main questline that you have to do after reaching Novigrad in The Witcher 3: Wild Hunt. The quest sees you contact Dijkstra, the head of Redanian Intelligence and a highly influential character, in hopes of gathering information about the whereabouts of Dandelion.

However, Dijkstra will not help you unless you agree to do a certain favor for him that involves finding some hidden gold.

The following guide will tell you how to do that and earn Dijkstra’s help in The Witcher 3: Wild Hunt.

You can begin this quest after completing Get Junior. Speak with Dijkstra after your brawl in his bathhouse. Do note that must complete A Walk on the Waterfront before reaching the Witch Hunter section in Count Reuven’s Treasure or else it will be no longer accessible.

It appears that Dijkstra does know something about Dandelion’s disappearance. However, he wants you to do him a favor first. Follow him into an underground vault where Dijkstra will reveal that all of the gold and valuables have mysteriously gone missing.

There is a large hole in the wall through which the gold was seemingly removed. The hole goes into the sewers which are where you must start your investigation.

Before leaving, take the three antidote bottles from Dijkstra. The sewers are full of toxic gas. You have to drink the antidote to survive the toxicity ahead. Do not worry though, a single bottle lasts around 6 minutes, so you will not run out of antidotes.

Enter the sewers and use your Witcher Senses to examine everything. You’ll encounter Drowners as you make your way through the sewers. You’ll eventually realize after examining two dead bodies that you must burn them to get rid of the Drowners.

Carry on collecting clues to tick off your objectives. You can also pick up two rings here that you can sell later on. Now once you get to the gate near the end, you’ll realize that Dandelion would have used a boat to make his way across the tunnel and take all the gold with him.

Return to Dijkstra to inform him of your findings. You explain to him that a bomb was possibly thrown into the pipes from one of the pools above.

Dijkstra will lead you to the pools to continue the investigation. Go toward the second pool since the closest one is still in one piece. After examining the water, you will find the presence of oil. On the other side of the pool, you’ll also discover traces of a bomb.

After checking the logs the name of Margrave Henkel is found on the day of the robbery. Since Margrave has been dead for a few months, you must now explore his home to find out more.

As you enter the house, you’ll find footsteps, follow them to take upstairs toward a wine bottle and a note. The wine bottle is placed on a wine rack in the opposite room. As you click on it a new area will open up.

As you continue inside, head toward the chest beside the bead. A letter is placed on top that reads the people involved in the heist. Ciri and her aid, the doppler Dudu. It also says that Caleb Menge had captured Dandelion.

Explore a few additional things that include a bomb, and the instruction on making it. Now head back to find Reuven and Triss.

Reuven will pressure both Geralt and Triss to find his gold. You must then meet up with Triss at the Eternal Fire Shrine.

When you meet up with Triss at the Shrine, she tells you her plan to infiltrate the Witch Hunter Outpost by taking her as a captive in fake Dimertium Shackles. This will allow Geralt to have a conversation with Caleb Menge.

How the quest unfolds next is dependent on the decisions you make.

If you want to get Dijkstra to help you in the Brother In Arms quest, you must inquire about his treasure. Dijkstra will pay you only 1000 crowns during this quest and he will refuse to do so if you fail to get information regarding his treasure.

If you don’t want the guards to torture Triss, you can threaten them and choose a negative reply to their questions, which will then lead to them attacking you. You will then lose the opportunity to inquire about Dandelion from Menge. You will also fail to get information about Dijkstra’s treasure.

In this case, to find information regarding Dandelion you will now need to find the note regarding a spy.

Alternatively, if you want to keep up the ruse you must pick the following answers:

As the guards are escorting Triss you must pick the following:

Next, your conversation with Triss will begin. As this conversation continues, you’ll the guards torturing Triss. Choose the following answers to guide through the conversation smoothly:

If this conversation went smoothly both of you will go to the torture room. Triss will attack and kill Menge and retrieve two keys from his body. One is for unlocking a door and the other is for Dijkstra’s treasure. You can now escape.

Now if you inquire about Dijkstra’s treasure to get him to help you, later on, you’ll be attacked by Menge. In this case, again you must find the Spy note to find Dandelion. You will also be attacked by the Witch Hunters, eliminate the ones upstairs and search Menge’s desk. You’ll find the same two keys, Menge’s Holy Tomb, and a spy letter.

After either choice you made, use the key to open the door in Menge’s office and escape to the courtyard. Wait alongside Triss and set the place on Fire using igni

Climb out on the center building’s roof and jump to the other side. Now break the wall at the end of the alleyway using Aard. Reuven’s men will now escort you toward him.

Depending on your choices, if you ended up fighting the Witch Hunters and had to retrieve the Spy’s letter without knowing Dandelion’s location from Menge, you’ll need to do the following.

Dijkstra will inform you about the location of the spy. Follow the waypoint toward the Dropbox location. You must wait until midnight at Farcorners, hide, and meditate if you arrive early.

At midnight Triss will join you and soon after the Spy will also arrive, who would then be put under a spell by Triss. If you let Triss continue you extract information from the spy. You will now know =where Dandelion is held captive and how to free him.

You are then given another timed choice of whether you want to erase the spy’s memory or kill him.

Finally, you can complete the quest by talking to Priscilla.