How to Make Money Fast in Cyberpunk 2077 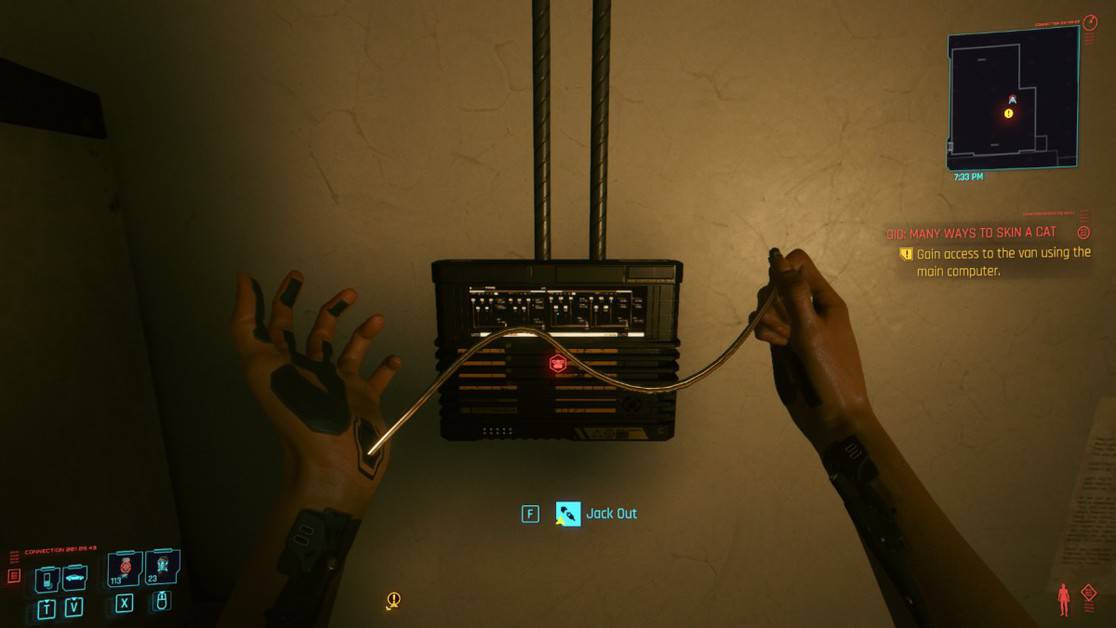 If you want stylish clothes, high-end weapons, and efficient cybernetics, then you’ll want to have some useful tricks up your sleeve to Make Money Fast in Cyberpunk 2077. This guide will cover the different ways to maximize your profits as you play the game.

How to Make Money Fast in Cyberpunk 2077

The journey of your cyborg in the massive open world of Night City in Cyberpunk 2077 is going to be a costly one so you need all the cash you can get your hands on.

Eurodollars, also known as “eddies,” are the currency/money of Cyberpunk 2077. It is used to buy advanced equipment, weapons, and clothes for your character V. Eddies in Cyberpunk 2077 are also used to advance the game at some pivotal points.

From looting corpses to completing missions and selling items, various ways help you earn money in the Night City.

Eddies are rewarded to you after you complete tasks or clear objectives after making contracts. Let’s go in-depth and discuss the best ways to earn cash in Cyberpunk 2077.

Contracts are secondary objectives that are spread throughout the map. These objectives are marked on the map before the fixers assign them to you.

You can go to the marked areas on the map and clear the secondary objectives. These jobs can be as straightforward as stealing a laptop or killing a wanted criminal.

The rewards from these contracts will get you a good number of Eurodollars. Contracts are one of the most efficient ways to obtain money in Night City.

Looting everything from corpses to enemies is an easy and convenient way to obtain money. It is vital to keep a balance while stealing stuff as most of the things you rob will be labeled as “Junk,” but that doesn’t mean they’re entirely useless.

Before you collect junk, you’ll be able to look at its weight and value on the ground. Avoid collecting things that cost under ten eddies.

While looting enemies and boxes, always make sure to collect precious items in junk like jewelry as they’re quite valuable. These items can be sold for around 750 eddies each.

Moreover, most of the stuff that you collect can be broken down into useful components. These components can be sold to vendors for money as well.

The items like weapons and clothes that you find on your enemies are more valuable than any junk you collect. You can gather useful weapons on your enemies that can be sold for a good amount of eddies in Cyberpunk 2077.

There will be instances when you’ll find valuable assault rifles on the dead bodies of your enemies. Selling these weapons, if they have no use for you, will get you over 1000 eddies.

Selling guns and clothes is one great way to maximize your profits at the early stages of the game.

The gun does not necessarily have to be looted or picked up from somewhere, it can also be crafted.

You’ll gather plenty of crafting material during your gameplay. If there is some extra lying around in your inventory, use it to craft a gun and sell it.

Epic Char Grenades are one of the easiest materials to craft and sell.

By hacking into access points and terminals, you’ll transfer profits to your account; this is where being a savvy Netrunner comes in handy.

Advanced hacking skills will allow you to make more money on each transfer. There are many perks in the intelligence tree that can help you hack more efficiently and gain more money.

Advanced Datamine perk is one such example as it lets you transfer more funds after every hack.

So, whenever you spot the red icon on your screen or the map marking an access point, hack it to gain cash.

Epistrophy is one early multi-stage quest that is great for bagging some easy cash. After completing the main quests in Act 2 of the game, there will be a side job named Human Nature.

You’ll work with an AI taxi service agency, Delamain. You’ll be required to find some missing cars all over Night City. This job pays you at each stage. Each step in this job is short and also very enjoyable.

Money is essential in Night City to upgrade your character, get Cybernetic enhancements, and advance the story.

Help NCPD solve mysteries and they’ll reward you with eddies. You can easily make somewhere between 2,000 to 5,000 eddies by solving crimes.

Coming across a crime scene is easy unless you’re habitual in fast travel. Look out for these crime scenes while out on the road.

Cyan markers on the map can make this crime hunt easier for you. And trust me, the Night City is full of crimes.

Lookout for fixers. They’ll approach you through a text or a call, therefore keep an eye on your phone.

They’ll give you a job, and those jobs can easily fetch you 5,000 eddies. If the job requires you to kill someone, you’ll get more eddies by looting dead bodies as well.

Head over to Santa Domingo and talk to the bums. You’ll be pointed to a laptop and you’ll need to hack it.

After that run the executable file, Launch. You’ll receive a drop point, and this is where you need to head next.

There’ll be enemies in the area that’ll have to be put down. Loot them after killing them and open the purple capsule.

You’ll find a rare painting, but don’t sell it off yet. Read the Glitches portion of the guide first.

There are several glitches in the game that you can put to good use and earn more money you can since the developers will be resolving these glitches pretty soon.

The first is regarding the painting you found in Space Oddity Side Quest. Head over to the nearest drop box and sell the image for 4,000 eddies.

Then buy it back for 5 eddies. Sell it again for 4,000 eddies and you can repeat these steps for as long as you like.

However, make sure you don’t let the painting go for good, always buy it back before you leave so that you can take advantage of this bug in the future as well.

I Walk the Line Main Quest

The glitch kicks in when you defeat Sasquatch in the I walk the Line main quest. Select the “I think she’s had enough” choice before putting her to rest for good.

This deed of yours will get you a hefty 30,000 eddies. Save the game in a new file and load it again to see Sasquatch alive again.

Head over to a vending machine and buy all the soda cans worth 10 eddies. Add them to your inventory and dismantle them to get crafting material.

Next, sell that crafting material to a vendor. Save the game and load it again to refill the vending machines.

The ways mentioned above are some of the best ways for you to make some easy cash in Cyberpunk 2077.

How to make money after patch 1.6

Cyberpunk 2077 patch 1.6 introduces many gameplay fixes and improvements to the game. Free DLCs are introduced to the game and it is optimized to perform better.

In Cyberpunk 2077 there are a few different ways to make money fast after the recent update 1.6. Looting and selling everything is not a bad passive method to get money. Completing side missions or the little police climb scanner missions are easy means of getting money.

The best method to get money is going to be crafting.  Investing in some technical attributes to boast crafting can be helpful to get more money. The cost and selling price of the crafted item depend on the player’s skill and quality of work.

The ways mentioned above are some of the best ways for you to make some easy cash in Cyberpunk 2077.