Cyberpunk 2077 Best Weapons & How To Get Them 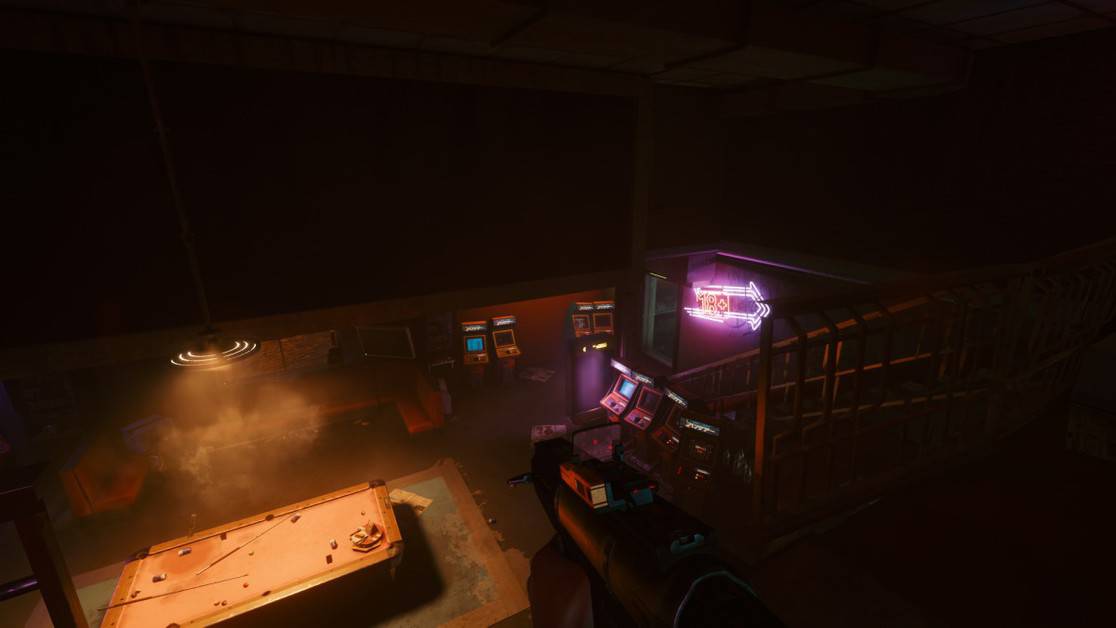 While playing Cyberpunk 2077, you will come across many weapons ranging from melee to tech and much more. This Cyberpunk 2077 Best Weapons guide will provide details about some of the most badass weapons found across Night City so you can become a force to be reckoned with.

Best Weapons to Find in Cyberpunk 2077

Lizzie is one of the first top-class weapons that you can find. Lizzie is found during the mission Automatic Love, inside Lizzie’s Bar. After you talk to Judy, you will see Johnny come out, and there you can look to Johnny’s right to get the pistol on the table.

Lizzie’s special ability allows you to fire an extra shot every time you fire. If you decide to charge up your shot, Lizzie will fire multiple shots at one, excellent for dealing high damage.

M2512S Ajax is one of the best assault rifles that you can find early on in the game. M251S Ajax is a generic weapon and is found by killing the enemies you fight in the game.

Although most of the generic weapons you find are not very good, M251S Ajax has good damage, the recoil is easy to control, and being an automatic weapon, your M251S Ajax will let you take out all basic and armored enemies easily.

Skippy pistol is found at a point of interest in Heywood, just at the border of The Glen and Vista Del Rey. You need to look in the alleyway near the Shooting Range.

Skippy is one of the best smart weapons that you can find in Cyberpunk 2077. Skippy has an AI personality of its own. When you get the weapon, you get the option to set Skippy to Stone Cold Killer, for which Skippy will automatically headshot all your enemies.

Secondly, you have the option to set it to Puppy Pacifist, for which Skippy will be set to non-lethal and only target your enemy’s limbs.

However, Skippy has a dark secret. Although you have the choice to set it as per your preference when you pick it up after you get 50 kills or takedowns, Skippy will automatically change the mode and this change is, unfortunately, permanent. So whatever mode you want, make sure to select the opposite mode for Skippy.

To get this awesome rifle, you need to agree to go with Panam to take revenge on Nash for stealing her car and kill the guy for this weapon. If you don’t fight Nash, the weapon can be then found by killing Raffens after you get out of Basilisk.

M-179E Archilles is called the Widow Maker for a reason. The weapon has an excellent fire rate for a rifle, and deals both physical and Chemical damage, allowing you to inflict poison.

Additionally, Widow Maker has a headshot multiplier of 1.50x, which works perfectly as you can equip a scope on your rifle and make it one of the most broken snipers in Cyberpunk 2077.

Ba Xing Chong is not found anywhere. You need to craft this weapon yourself. You need to unlock the Edgerunner Artisan Perk, and then loot the specs from Adam Smasher’s Vault on Ebunike.

Ba Xong Chong is the most devastating shotgun in the entire game, as it fires explosive rounds. The weapon is a full-on grenade launcher, allowing you to blast through your enemies with ease.

Every shot of Ba Xing Chong also deals AoE damage, since it is an explosive weapon and all, you can hit multiple enemies if they are close to your target.

Malorian Arm 3516 is found by completing Gary’s side mission, Chippin’ In.

Malorian Arm 3516 is that absurdly overpowered hand canon that Johnny originally used to take out all the security when he stormed Arasaka HQ.

Unfortunately, Malorian Arm 3516 that you get in the game to use freely is not as powerful as compared to the one Johnny used in the flashback mission, but it’s still pretty good. The gun has exceptional damage and a 1.20x headshot multiplier.

Overwatch Sniper Rifle is obtained after you sac esaul in the mission Riders on the Storm.

Overwatch is the strongest raw-power sniper rifle in Cyberpunk 2077. The rifle is like a canon, and you can feel the power behind every shot that you fire. Furthermore, the sniper has a higher critical chance of 40.89x, increased critical damage of 108.26x, and a 10x bleed chance.

You also get a 2.10x headshot multiplier. As you know that bullets from Power weapons tend to ricochet, though the damage for ricochet shots is reduced, the ricochet bullet damage from Overwatch Sniper Rifle has bonus damage of 54.35%. You also have increased reload speed on this weapon.

You can see for yourself what a powerhouse this sniper is. The damage per shot is over one thousand, making Overwatch one of the most overpowered weapons in the entirety of Cyberpunk 2077.

Mantis Blades are bought from Ripperdocs across Night City. The legendary version of this weapon is found in the footlocker during the gig “Cyberpsycho Sighting: Phantom of Night City” and from the Ripperdoc in Heywood, Wellsprings.

If you have completed Cyberpunk 2077, or if you know someone who has, you will know for sure how powerful Mantis Blades are.

Mantis Blades have high DPS due to exceptionally high attack speed and damage that you can deal out. Furthermore, you can leap at your enemies and close the distance fast.

Moron Labe is only available by crafting it, and the blueprints for the weapon are found by completing the suspected organized criminal activity event in West Wind Estate.

Honestly, Moron Labe is a beefed-up version of M251S Ajax. The weapon was buffed up later in the game and is not one of the best weapons that you can craft in Cyberpunk 2077 (although almost all craftable weapons are pretty sweet).

Moron Labe deals both Physical and Chemical damage, allowing you to poison your targets, It has an increased fire rate increasing your damage output overall.

This Smart Legendary SMG is found during the mission Gimme Danger. You need to look inside container 667 in the warehouse.

Prototype: Shingen Mark V is the best SMG in Cyberpunk 2077. The weapon has a built-in auto-targeting feature, that gets your bullets to fly directly to your enemies, as long as they are in your weapon’s area of targeting. You can even target a collective of three targets at once.

With a high fire rate of SMG, your guaranteed shots can deal superb damage. You also get 18-22 thermal damage, an increased critical hit chance, and damage, with a 1.35x headshot multiplier.