How To Increase Support Level In Fire Emblem Engage 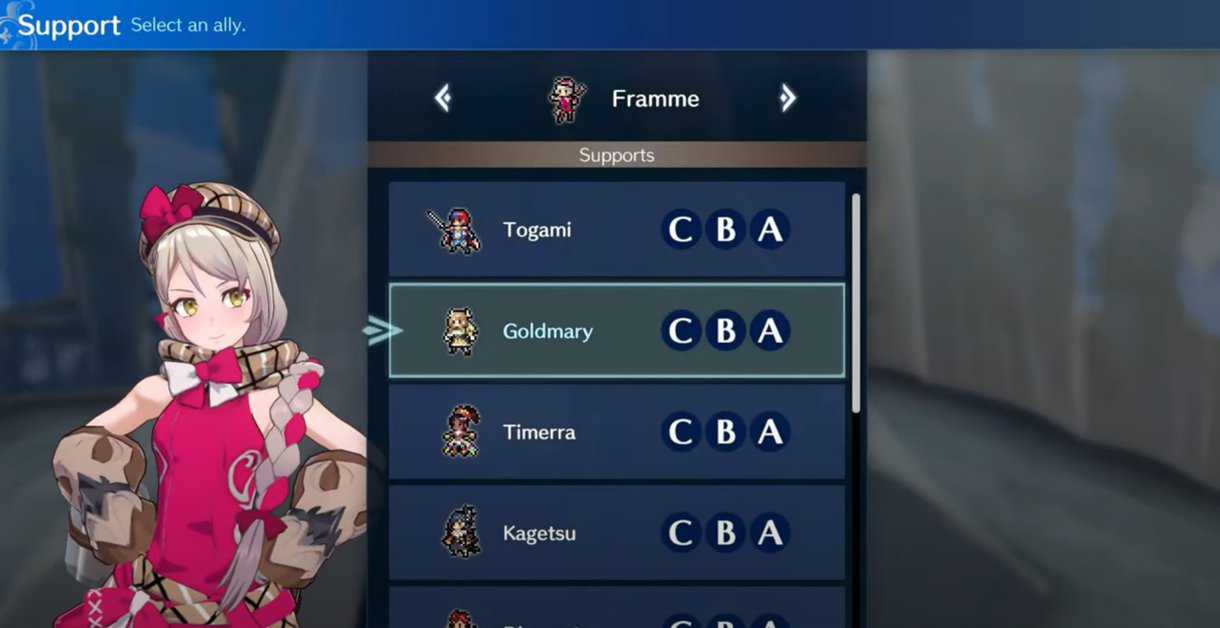 There are multiple ways you can increase your support levels

Simply having different characters in a party together will give you support points. That includes both attacking and defending. The easiest way to earn support is to go for square or plus formation with the character you want to increase the support level in the middle alongside all the participating characters.

Getting to know your allies is something that is a must. Having an idle chat with your allies and knowing about their strengths and weaknesses helps increase their stats and make a good team in FE Engage. Once the character reaches a certain threshold, you can initiate a bond conversation with them to increase their bond level.

All of your allies prefer gifts they like. You can converse with your allies about their likes and dislikes or by looking at the gift description. This will also give you some support points for leveling up.

While exploring the Somniel, you may eventually find some sparkling items on the ground. Those are occasionally gift items that you can return to their original owners to increase the support level in Fire Emblem Engage.

Dining at Café Terrace with any of your characters and taking turns cooking will increase support levels. If your allies enjoyed the meal, the more support points you will gain and vice versa.

How to gain S-rank support in FE Engage

Unlike previous Fire Emblem games, Fire Emblem Engage’s support ranks cap out at A, with one exception. You can only choose one character with whom you have increased support level to rank A to give a Pact Ring. This pact ring can be used to gain S-rank support.

After completing Chapter 23, you will unlock the Garden of Memories Paralogue. Complete the paralogue and you will be rewarded with the special Pact Ring. You can find the ring inside Memento Drawer at Alear’s bedside table that can be given to any A rank support bond you have.

Do keep in mind that you have only one Pact Ring which means you can only get one S-rank support in a single playthrough of FE Engage. So choose wisely who you want to give the ring to and culminate your relationship with them.

Whether you give the ring to a romantic interest or a friend is up to you and how you want your game to play out. There are however no paired endings in FE Engage so if you give the ring to someone in hopes of a marriage, there won’t be any change to the ending you get for the game.

The character who gains Pact Ring and reaches S-rank support will gain massive stat bonuses as well as an epilogue entry in the journal regarding their future with Alear.