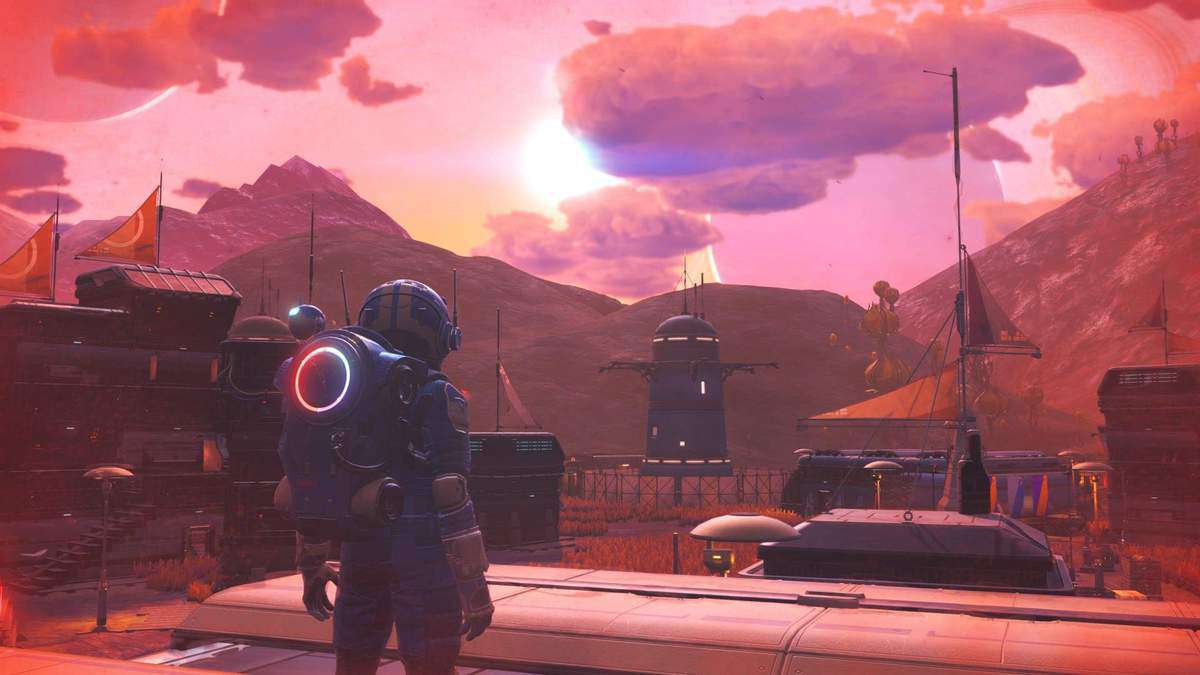 The latest Frontiers update in No Man’s Sky has brought along the concept of settlements. In this No Man’s Sky Settlements guide, we will be going over everything you need to know about these settlements, including how you can claim one and become its Overseer.

Settlements are basically small towns in No Man’s Sky Frontiers update that house NPC denizens. You can claim one such settlement, help it grow, and even oversee it.

Once you become an overseer of the settlements, you will be able to construct new buildings, solve disputes among citizens, offer security against different forms of threats, and do a lot more exciting things.

Below, our guide takes a dig into just about anything there is to know about settlements in NMS. So, let’s begin!

How to Get a Settlement in NMS Frontiers

Given that you already have a No Man’s Sky save file at your disposal, take your ship to space to prompt an emergency broadcast, which in turn, will lead you to a planet in your existing star system.

If you don’t already have a saved file, you’ll need to go through the tutorial area and learn everything before you can go into space.

In any case, when you follow the emergency broadcast to a planet, voila, there you have it – your first settlement!

Note that while heading to the desired space system from the galaxy map, you may encounter an in-game bug, which will cause your hyperdrive to travel back and forth in the same area.

To counter that bug, you must travel at least 5000-6000 light-years away from your space system will eventually result in resetting the mission (which is to head to your settlement).

Once it resets, travel back to the space and follow the steps mentioned above to reach a new planet, or in other words, your first settlement.

When you land on the destined location in your settlement, converse with any settler you see. While you are at it, out of nowhere, Sentinels will attack you. Here, you have to protect yourself as well as the inhabitants of the settlement.

After dealing with the Sentinels, talk with one of the survivors. Then, make your way to Settlement Hub Interface and apply for the position of Overseer, followed by tapping on ‘Submit Management Credentials’ to become the Overseer.

How to Add Buildings to Settlements

The first building that you can add to your settlement is an Overseer’s office.

All you need to do is donate the required materials to the Construction Terminal of your settlement, and the construction will automatically be finished. It’ll take two minutes of real-time for the Overseer’s office to be completed.

Once the Overseer’s office is being built, you can interact with the Settlement Administration Terminal inside to construct more buildings.

Normally, you’ll be presented with two random options whenever you are trying to construct a building.

Anyhow, once you take your pick, just follow the same procedure as in the case of the Overseer’s office to complete its construction.

Can You Have More than One Settlement?

Note that you can only be the Overseer of only one settlement at any given time.

If you want to replace your current settlement, you’ll need to head to a Space Station and interact with a Cartographer.

Having purchased a Settlement Chart, you can access it from your menu. This will take you to a new settlement where the position of the Overseer is vacant.

However, be sure to use this settlement card in some other space system. Else, you’ll find yourself navigated to your existing settlement.

As soon as you become the Overseer of this settlement, you will lose your old settlement.