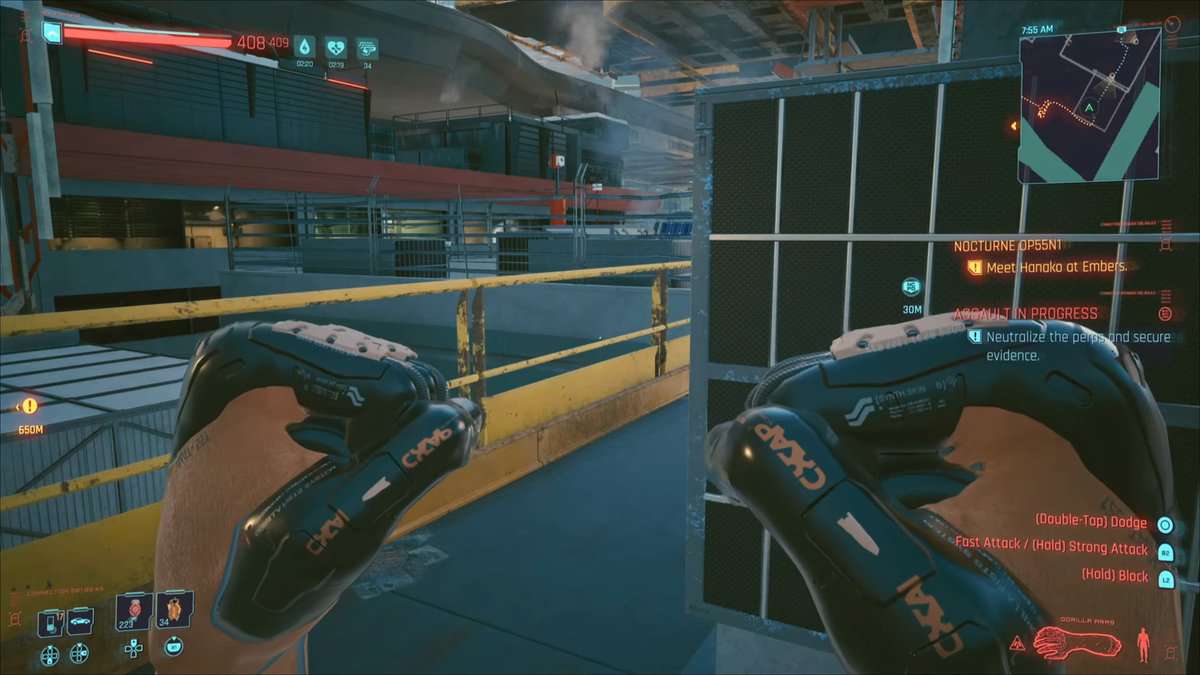 Where to find Gorilla arm in Cyberpunk 2077

There are a couple of locations from which we can get Gorilla Arms in CP 2077. We have pinpointed the locations below using a map image.

There are three variants of Gorilla arms in CP 2077. These variants are Epic, Rare, and Legendary.

Ripperdocs does not sell the Epic variant but does sell the rare variant for 20 Street Creds and €12750.

From the Downtown and Wellsprings Ripperdocs, you can purchase the Legendary variant of Gorilla Arms for €$35450 at 45 Street Cred.

Effects: As soon as you attack, your Gorilla Arms charge up. You get bonus damage when you do a Strong Attack. Body Attributes checks are also boosted by 2/4/6 with Gorilla Arms.

When it comes to Cyberware to complement your Gorilla Arms, we recommend a Berserk operating system. Activating these reduces ranged weapon recoil and sway by 10% and increases melee damage and armor.

Any Berserk operating system will give you a good start, but the rate will vary depending on rarity and type.

Microvibration Generator Skeleton Cyberware is also a good choice. The rarity depends on how much it increases melee weapon damage. Once again, we’d include the Adrenaline Booster Circulatory System Cyberware, which restores stamina by 10-50% after defeating an enemy.

In addition, depending on your Frontal Cortex rarity, the Visual Cortex Support will increase Crit Damage 10% to 45%.