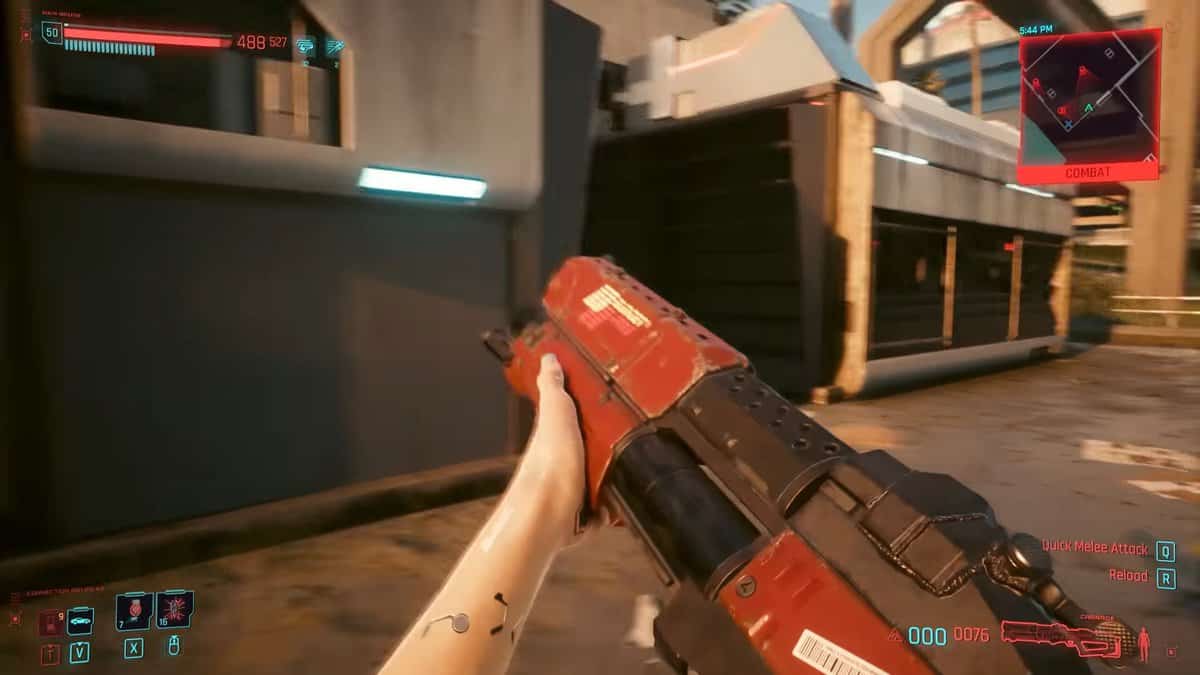 The streets of Night City are riddled with crime, and where there is a crime, people band together as gangs to assert their power and dominance. Cyberpunk 2077 features different gangs, all of which hold their territories, and have their styles, methods, and characteristics that distinguish them all.

Although you may not be interested in the underworld of Night City, you will find a lot of gang members more than willing to attack and kill you, so its best that you are prepared to deal with the gangs of Cyberpunk 207, and what better way to prepare yourself then by learning about the different gangs.

A lot of the mains story missions of Cyberpunk do see you going head-to-head with some of these gangs, and you will see that these gangs are a really good source of free weapons and items for your daily adventures in Night City.

You also get to work alongside some of these gangs in a few main story missions and many side missions.

Gangs to watch out for in Cyberpunk 2077

The Mox is the smallest, and arguably the best gang in Night City. The gang doesn’t want to control any territory of Night City but is a gang that was created to provide saviors for oppressed sex workers of Night City. As such, Mox gang members are found usually near strip clubs and brothels.

As such, you won’t find any trouble with The Mox, unless you go out of your way looking for trouble. Your main encounter with The Mox gang comes if you start the game with Corpo lifestyle and in The Information mission.

One of the more well-known gangs of Cyberpunk 2077, the Maelstroms is introduced in your starting missions of the game, where you need to make a deal with the Maelstrom leader. From there on, you will find Maelstrom as your enemy in a lot of the missions. Maelstrom members are easily recognizable due to the sheer number of technological upgrades they have.

Maelstrom comprises brutal and bloodthirsty members. They take great pride in either upgrading to overcome their weaknesses or taking out anyone who can fight them off.

Maelstrom members are commonly found in possessions of Power weapons, mostly Assault Rifles and Shotguns. A few of them do carry snipers as well. You will never find a Maelstrom member with a pistol, or any other small arm.

Voodoo Boys gang is a gang of hackers. Netrunners that want to uncover the secrets of Old Net. Voodoo Boys get their notoriety from the viruses they have created. The entire gang of Voodoo Boys is dedicated to finding out what’s behind the Blackwall.

Your main fight or peaceful interaction with Voodoo Boys comes in the mission Transmission, and how your interaction goes depends on your choices in I Walk The Line. You can either wipe out the Voodoo Boys or leave them by allowing them to travel beyond the Blackwall.

Voodoo Boys mostly use medium weaponry. You find a collection of ARs, shotguns, and snipers on Voodoo boys. Mostly, Voodoo boys use Smart weapons. A few of the Voodoo Boys Edgerunners do use melee weapons, both blunt and blade types but there are far few.

Voodoo Boys’ weapons feature high accuracy, so you best take cover, or come in with a Dermal Imprint that keeps their smart weapons from locking on onto you.

Another gang that was formed out of necessity rather than thirst for power; the 6th Street gang is almost completely made up of veterans of the Fourth Corporate War. When these veterans returned to their homes, they found them ravaged by corporate greed and gang wars. Helpless, the veterans decided to take matters into their own hands and formed a small militia group that was to act as the defense of their home.

The main targets for the 6th Street gang are other gang members and criminals, although they have to resort to robbing, extortion, and even smuggling to keep them afloat. Unlike all of the other gangs, the 6thn Street gang wants to bring order to the streets of Night City, one way or another, and for that, ex-cops and even former corporate security agents have joined their ranks.

Being veterans of war and other people trained with weapons, 6th Street gang members are well-versed in all types of weapons. You will find all weapon types on 6th Street members, pistols, ARs, shotguns, and snipers.

Most commonly, Tech weapon types are used by 6th Street members, allowing them to pierce through the armor of their foe with relative ease, even blowing up the enemy without any problem. Other than Tech weapons, Power weapons are also found on gang members, but they are not common.

The Asian crime syndicate gang of Cyberpunk 207, Tyger Claw gang is composed of yakuza and triad members who want nothing more than control territories and become the strongest they can. Tyger Claw members depend on martial arts and cybernetics to enhance their reflexes.

Tyger Claw gang is locked in a fierce rivalry with The Mox gang because it was Tyger Claw’s actions that lead to the formation of Tyger Claw.

Tyger Claws depend on martial arts and heightened reflexes to enforce their power. Most of the Tyger Claw members are hand-to-hand fighters and will jump you in a fight, either trying to punch you to a pulp or cutting you into slices with their katanas, which is the commonest weapon found on Tyger Claw members.

For guns, Tyger Claw members mostly have SMGs, pistols, and shotguns. The weapons are either Power or Tech. Smart weapons are almost never found and you will rarely see a sniper Tyger Claw gangster.

The all-natural gang, Animals avoid cybernetic enhancements as much as they can and stick to the traditional strengths, buffed with steroids and just a few strength-increasing combat enhancements.

This gang has almost no territory and works as bouncers to fund their purpose. Due to their great size and scary outlook, Animals are well sought after as bouncers and bodyguards.

Animals are aggressive depending mostly on hand-to-hand melee combat. If they use weapons, they go for the strongest weapons on the market. You find Animal gang members using Smart and Power shotguns, ARs, and Sniper rifles. You can also expect them to carry power LMGs when fighting them.

Scavengers are found almost all over the Night City in Cyberpunk 2077. Scavengers are made up of a large variety of people from all over the city. The gang is made up of lowlife scum and thieves that make their way through life by stealing cybernetics and other items from unsuspecting people and then selling them off. They follow no specific code of life and only focus on feeding themselves.

Scavengers mostly come with melee weapons, blunt weapons to be specific. Mostly, you are attacked by Scavengers in small groups if you offend them or start any fight around them. For ranged weapons, Scavengers come with small weapons, usually pistols and SMGs. Rarely, Scavengers also use shotguns and LMGs.

Scavengers mostly use Power weapons to ambush you.

Valentinos is the least violent gang in Cyberpunk 2077. Instead of indulging in violence, Valentinos spread love, literally.  The main focus of Valentinos is to get laid as much as they can, and with the most beautiful person, they can find. The only time Valentinos take up violence is when the life partners of their targets come in the way of their fun.

As said, Valentinos rarely use weapons as they rarely get into fights. They will only use tech and Smart ARs, Pistols, and Snipers.

Aldecaldos is the gang Panam belongs to. You will work for and with Aldecaldos in many missions. Although you don’t get to fight Aldecaldos, you know they are a powerful bunch. Aldecaldos are Nomads that travel around the country and live off of the land.

Aldecaldos use ARs, Shotguns, and Snipers. All of their weapons are power weapons and any other weapon type is almost never found. Aldecaldos also depend on blunt melee weapons as they have easy access to these in their workshops.