Cyberpunk 2077 Beat on the Brat Guide 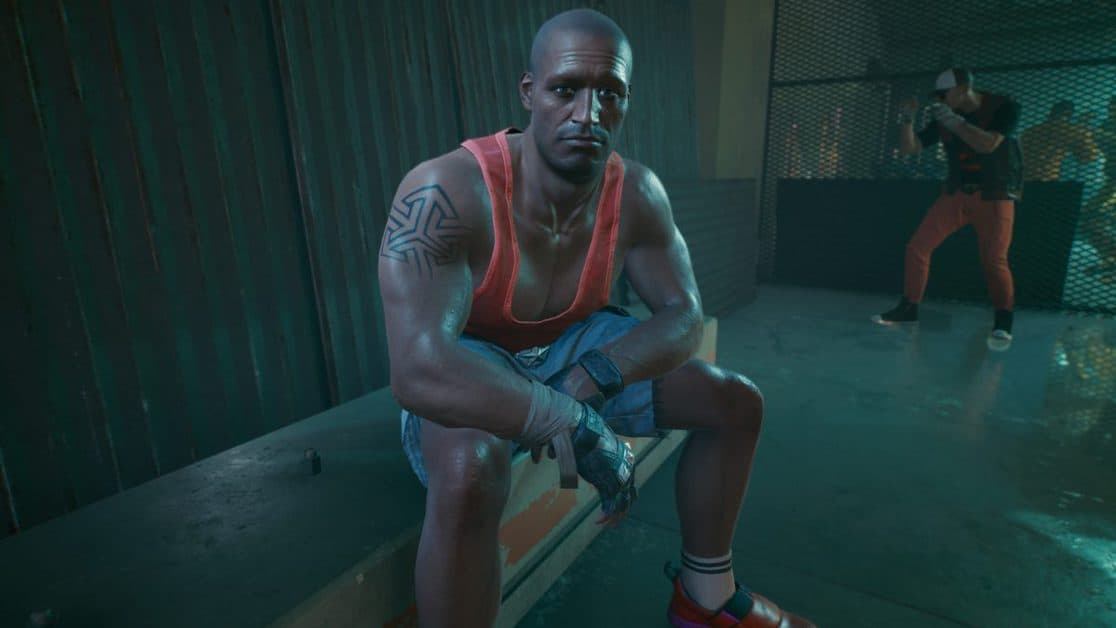 To help you out with completing the Beat on the Brat side quest in Cyberpunk 2077, we’ve prepared this guide where we’ll be walking you through each of the five fights that you have to win to finish this side quest.

Early on in your playthrough of the main campaign in Cyberpunk 2077, you’ll unlock a side quest in your quest journal called ‘Beat on the Brat.’

In the Beat on the Brat side quest, your objective is to defeat the boxing champions of Night City in a boxing match. You can’t use any weapons or abilities; you have to make do with your fists.

There are 5 parts to the Beat on the Brat side quest, which take place in various locations. Each of the five parts will give you a unique opponent.

To start the quest, you need to talk to Coach Fred, who can be found in the boxing ring near your apartment.

Once you have the quest unlocked, take a look at your quest journal and you’ll see the fight and different parts of this quest.

After the first fight, you may think that this quest is easy and you should speed run through it; but you have to be patient because the opponents will subsequently get more and more difficult.

This means that you’ll have to play through other quests a bit before you can continue with the next Beat on the Brat quest, so you can have the appropriate level, skills, and perks for it.

Beat on the Brat: Kabuki Walkthrough

Your first opponent in this quest will be a pair of twins, so you’ll have to fight two people at the same time.

Head over to the marked location in Watson and go up to the roof of the building to find the twins. Talk to them to start the fight.

You can bet either 500 or 1000 Eddies on the fight. Since this is the first fight, it won’t be that hard, so you should go for the bigger bet to get more money.

The best way to go about this fight is to fight the twins one at a time. To do this, you’ll have to constantly be moving to keep both of them in your line of sight so you don’t get flanked from behind.

You can then hit one of them with a strong attack to stun them and then focus on the other twin while that one recovers.

An important thing to keep in mind is that you can parry their punches by blocking right before they land. If you figure out how to do this properly, this fight will be a walk in the park for you.

Beat on the Brat: Arroyo Walkthrough

The next Beat on the Brat quest will get unlocked during the ‘Playing For Time’ main mission. It’ll take place in the Arroyo area in the Santa Domingo district.

In this quest, you have to fight Buck, who is the champion fighter in the Arroyo area.

Before fighting Buck, buy the ‘Gorilla Arms’ Cyberware from the Ripperdoc, which can be found in Jig-jig Street in Japan Town.

Once you have the Gorilla Arms equipped, talk to Buck and place your bet. If your Body is at level 5, you’ll also be able to bet $12,000 and a sniper rifle “O’Five” that is unique to him.

The thing about Buck is that he has a lot of power in his punches. He isn’t the most technical fighter, but he makes up for it with his raw power.

This means that you shouldn’t even risk blocking his attacks because even those will do quite a bit of damage as he punches several times at once. So even blocked punches will quickly chip away at your health.

You should dodge all of his attacks. If you dodge them, you’ll be able to land two or three punches in return.

If you manage to defeat Buck, but you didn’t include the sniper rifle in the bet, you can still get it by killing him and his friends after the fight. It’ll be sitting inside the boxes near them.

Beat on the Brat: Glen Walkthrough

Cesar can do a lot of damage with his signature attack, but it’s really easy to dodge as you can see it coming from a mile away because of the animation.

If you dodge this attack, Cesar will be vulnerable for a bit and you’ll be able to land some easy punches on him.

You just need to repeat this process a few times to win the fight.

Cesar will bet his car on this fight, so you’ll get a brand-new car for winning. However, Cesar will get super emotional after the fight and he’ll beg you to not take his car away from him.

You are free to choose whether you want to keep the car or give it back to him.

The next fight will take place in the Rancho Coronado area in the Santo Domingo district.

You’ll also unlock this fight during your playthrough of the ‘Playing for Time’ main mission.

In this fight, you have to defeat the champion of the Animals, named Rhino.

Rhino lives up to his name with his immense punching power, so you’ll have to do a bit of preparation before you get into the fight.

The first thing you need to do is to level up your defense stats and get the following skills:

If you go in without leveling up properly or getting any of those skills, he can knock you out in two or three hits.

When you’re ready to fight, head over to the Animal’s Club and talk to Rhino inside to start the fight.

The most important thing in this fight is to counter all of Rhino’s attacks. If you can consistently counter his attacks while landing some of your own, you’ll be able to beat him easily.

If you’re not in the mood for another fistfight, then there is another way for you to complete this Beat on the Brat quest.

There will be a different side quest called ‘For My Son’ that will also happen in the same place as this quest. While doing that mission, if you kill everyone in the club (including Rhino), then you’ll be considered the winner without even having to fight Rhino.

The final fight in this quest will be against Razor Hugh.

Before you start the fight, you’ll be given the option to throw the fight. Doing so will give you much more money, but if you choose to fight him, you’ll get much more street cred.

When fighting Razor, you should be aiming for his abdominal area at all times because that is his biggest weakness.

His signature attack is a Superman Punch, so when you notice that he’s about to jump, quickly get out of the way.

Other than that, you just have to do the same thing that you’ve been doing in the previous two fights and you’ll have a relatively easy time defeating Razor.

Once you’ve defeated Razor and won the fight, the Beat on the Brat quest of Cyberpunk 2077 will be finally completed.

Before your fight against Razor, you can go on ahead and prepare yourself by dropping a weapon inside of the ring to use against Razor. This allows you to deal more damage and finish him quickly rather than punching your way through.

You can also make Razor stuck inside of the ring by pushing him back to either side of the starting chairs, which bugs razor and he just starts taunting you and doing nothing else. You can use that time to finish him off.

How to fix the Beat on the Brat Glen Bug

Once you defeat Glen, a bug might appear where you are forced to rematch him. It also ends up with you being without arms and completely defenseless.

To avoid this situation, you may have to create a save game before the fight and reload into the game if the bug appears. It will save your eddies and you will be able to defeat him easily.