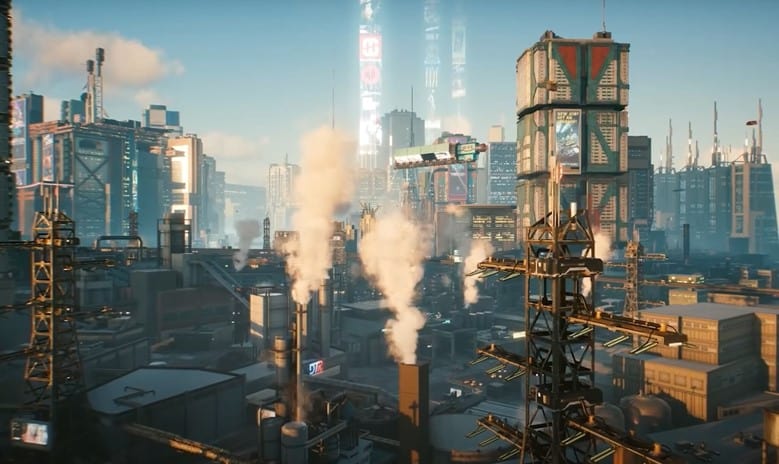 Cyberpunk 2077 is not just a game, it is a world on its own that features a lot of weapons, buffs, and perks. Speaking of Perks, it features more than 200 perks divided into 12 skill trees.

After the release of patch 1.5, the perk points of the player were all refunded into their account. You then must respec your character according to your needs again. You cannot unlock every perk from the get-go.

There is a special requirement for attribute points belonging to different classes if you want to unlock the perks. After unlocking the perks, some have the option to upgrade their skills by spending more attribute points.

Before you start unlocking perks that do not do anything, It is best to read our detailed guide on the top perks new players should pick in Cyberpunk 2077.

Multitasker: In Cyberpunk, the players cannot normally shoot while running. With this perk’s help, you can run, vault, and slide while shooting. You can then shoot any projectile weapon such as Assault Rifle, or Pistol.

It will double your fighting power against enemies that are very hard to defeat. You can unlock this perk if you have the 11-body attribute level.

Reloading of the weapon can be done while sprinting, sliding, and vaulting. You don’t have to stop for anything if you use this perk with Multitasker at the same time. To unlock this perk, you will need to have at least level 11 in Body Attribute.

Marathoner: When you are using both above perks, the only thing you will be lacking is stamina. Marathoner’s perk simply then allows you to have unlimited stamina while sprinting, sliding, and vaulting.

This perk alone is not enough to fight the enemy but if you combine it with the above two perks, you will be unstoppable. You can easily unlock this perk if you have level 14 of the body attribute.

Manic: Not only does bringing the Shotgun and Light Machine into the combat will increase your winning chances. But if you use the Manic perk along with these two weapons, you will get a 20% increase in speed for 10 seconds.

Unlocking the manic perk will require level 14 in body attributes.

Opportune Strike: If you successfully stun the enemy in the combat zone, this perk will allow you to inflict 50% more damage. You can use this perk along with Dazed which will increase your chances to inflict a stun effect. You will need level 8 in body attribute to unlock.

Frenzy: This perk allows you to deal 30% more damage for 5 seconds if you successfully defeat the enemy. Frenzy perk can be used with the above two perks and is the best perk in the street brawler class. To unlock, you will need level 15 in the body attribute.

The Good, The Bad, And The Ugly: This perk can be used alongside the handgun or Revolver. If you deal critical damage with these weapons, you will increase damage and armor by 30% for 5 seconds. You will need level 20 of the handgun skill to unlock.

Attritional Fire: You can increase the damage done to the enemy by 10% if you consecutively shoot the target while using this perk. The weapon used should be a Pistol or revolver. To unlock this perk, you will need level 14 of the Reflexes attribute.

O.K. Corral: This perk allows you to deal 50% more damage if you shoot the enemy below 25% health. Like Attritional Fire, this perk also allows you to use Pistols and Revolver. You will need level 9 in the reflexes to unlock O.K. Corral.

Deathbolt: You will get an increase in health, stamina, and movement speed if you kill the enemy with the Bladed Weapon. While using Deathbolt, you will get a 20% increase in Health and Stamina. The speed will be increased by 30% for 5 seconds.

To unlock the Deathbolt, you will need level 18 in the Reflexes attribute.

Crimson Tide: While using this perk, if you are using a Bladed weapon. The bleed applied can stack up to three times on a single enemy. You will need level 18 in the Reflexes attribute to unlock the Crimson Tide.

Judge, Jury, And Executioner: This perk will increase the damage done to the enemies by 50% if your health is 100%.  This damage will increase by 25% to a maximum of 100% if upgrade your level.

To unlock the Judge, Jury, And Executioner, you will need level 15 in the Reflexes attribute.

Named Bullets: The bullets shot from Assault Rifles, Precision Rifles, Sniper Rifles, and Submachine Guns will do 20% more crit damage. You can easily use and unlock Named Bullets if you have level 14 in the Reflexes attribute.

Punisher: After defeating the enemy, you will get weapon sway and weapon spread. If you are using the Punisher perk, you will not get these negative buffs for 10 seconds. To unlock Punisher, you will need level 20 in Assault Skill.

Just like the Named Bullets perk, you will need to use Assault Rifles, Precision Rifles, Sniper Rifles, and Submachine Guns to activate this perk

Executioner: The damage done to the enemies is increased by 50% if the health of the enemy is above 50%. Similar to the Punisher perk, you will need to use Assault Rifles, Precision Rifles, Sniper Rifles, and Submachine Guns to activate this perk.

You will need level 7 in the Reflexes perk to unlock the Executioner perk.

Waste Not Want Not: As the name suggests, this mod salvages the mods to your backpack when you are opening any item. To unlock the Waste Not Want Not, you will need level 16 in the technical ability attribute.

Edgerunner Artisan: You can easily craft Legendary items while using the Edgerunner Artisan. This mod will provide you with the crafting specs to craft the items. You can unlock this perk at level 18 in the ability attribute.

Revamp: This perk will allow you to induce 25% additional damage when using the Tech weapons. You will also do a 10% more charge damage with Revamp. To unlock Revamp, you will need level 20 in Engineering skills.

Ubercharge: If you are hitting the enemy with a fully charged Tech Weapon, you will do 30% more damage. To unlock the Ubercharge perk, you will need level 14 in technical ability.

Assassin: If you are using the Assassin mod, you will deal 15% more damage to the human enemies. You will need level 7 of the Cool attribute to unlock the Assassin perk.

Cold Blood: You will gain a Cold Blood status effect until 7 seconds after the death of the enemy after using Cold Blood. This status effect will increase the speed by 2%. You can easily unlock Cold Blood if you have level 1 of the cool attribute.

Optimization: Like Master Ram Liberator, this perk reduces the amount of RAM used by one point. Optimization works by increasing the efficiency of the RAM. To unlock Optimization, you will need level 20 in the Intelligence attribute.

Buffer Optimization: Buffer Optimization will double the duration of the deamon effect. This perk will help you a lot if you are fighting with a powerful enemy. You can unlock this perk at level 20 of the Intelligence attribute.

Mass Vulnerability: There is a side mission Break Protocol in which you can upload the Mass Vulnerability deamon to the server. Once uploaded, it will increase the damage taken by 30% to all the enemies in the mission.