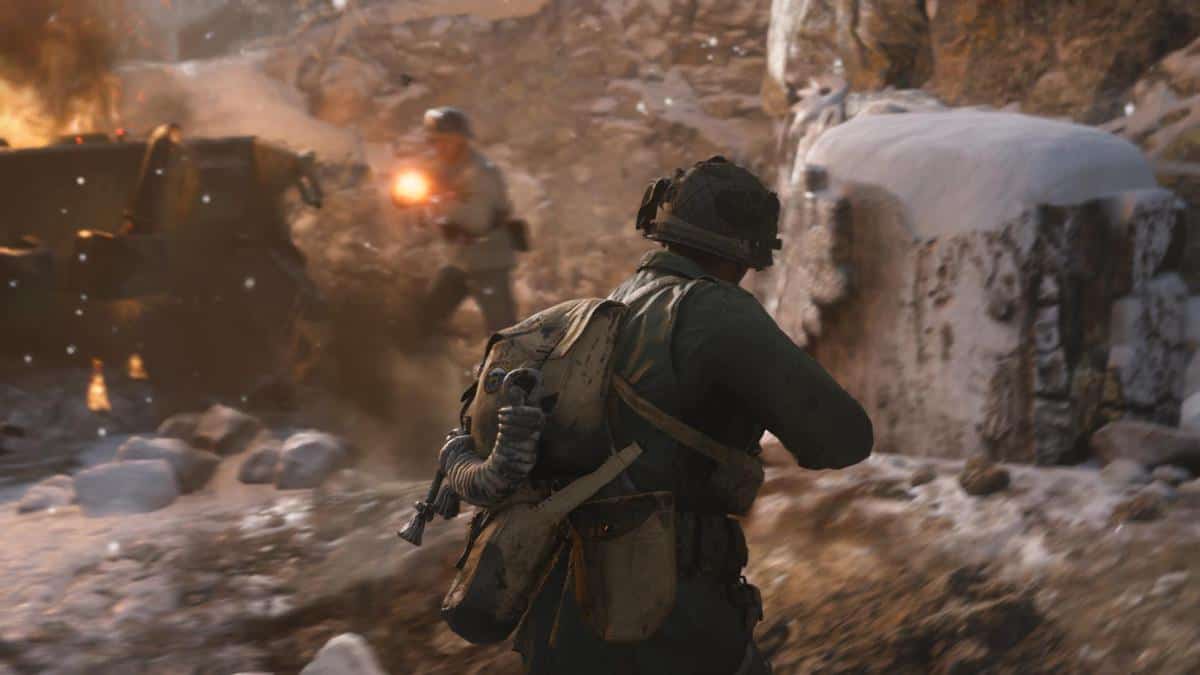 With every new Call of Duty title comes a new task of selecting the best weapon possible. Here in this guide, we’ve listed all the best tiers of weapons from each category in Call of Duty Vanguard.

Call of Duty Vanguard comes with some of the best playable weapons any FPS game can offer. With all the advanced game mechanics that this recent Call of Duty title has to offer, it would be a shame if it isn’t complemented with some top-tier weaponry.

Talking of tiers, each weapon type in CoD Vanguard can be classified into five tiers. S being the top tier, and D being the lowest tier, the tier that no one wants to play with. D tier, however, can make up for some of the best secondary weapons.

Below we’ve listed down the guns from all weapon types and their respective tiers for our Call of Duty Vanguard Best Weapons Tier List. Let’s begin with the most all-rounder weapon type, the assault rifles.

Assault rifles are the best all-rounder weapons in Call of Duty. They perform the best in close-range to medium-range encounters. They also perform pretty well in long-range encounters, given that you have the right scope attached to them.

They are the best beginner weapons as well, and they can give you the much-needed push in the game when you’re not very well aware of your playstyle.

STG44 is one of the weapons that’ll be available when you begin CoD Vanguard. Its stats allow it to perform well at all ranges.

It may not have the best damage amongst assault rifles, but it does have a fast fire rate to make up for it. Its optimal fire rate, coupled with a respectable sized magazine, earns it a spot on the S-tier list.

Unlocking at level 55, Volk is the best weapon in the game to use for close-range encounters. Volk is one of the lightest weapons in the game, and it won’t hold you back while sprinting.

However, it does have an outrageous recoil and lacks the damage output in medium-ranged encounters.

Automation does not have a lot of damage, but given its low recoil, it’s quite easy to control and can be put to good use for long-range targets.

NZ-41 leads the way in terms of accuracy and damage. However, when it comes to recoil, it’s one of the most difficult weapons to control and master.

If you’re planning on making blind burst shots to spread confusion amongst the enemies, then this weapon might be the best choice for you.

Lastly, AS44 unlocks at level 44 and is the best choice for close to mid-range encounters. It has the best fire rate in its category. However, the weapon will get you killed if you put it to the test against long-ranged targets.

MP-40 has one of the highest fire-rate in Call of Duty Vanguard and is best suited for close-range encounters. However, the magazine for this weapon goes out pretty quick, and if you don’t have a perk for quick reloading, the weapon can get you killed.

This is the OG SMG, and an FPS game cannot exist without having M1982 in its weapon lineup. Its optimal fire rate, along with one of the biggest magazines, makes it a lethal weapon.

However, at the same time, the weapon is considerably heavy and reloading it will take you ages. Not the best advice, but consider this the best weapon available if you’re camping!

STEN’s high mobility grants it a place in the B-tier. It does not have very good damage, but being able to run with an SMG is something you don’t witness quite often.

Type-100 has minimum recoil and good accuracy. If equipped with the right scope, the weapon can serve pretty well during long-range encounters, unlike other weapons in its class.

This weapon is known for its commendable fire rate. This weapon has been carried over from Warzone. However, the PPSH-41 in Warzone is way powerful than the one in Vanguard.

DP27 is one of the best weapons available in Call of Duty Vanguard. It has a respectable fire rate and great damage at all ranges. This, coupled with a large magazine, makes this weapon unstoppable.

The DP27 LMG does have a few limitations as well. Its large magazine size gives way to a long reloading time. It is also a heavy weapon. Therefore, you’ll have difficulty sprinting with it.

This LMG, too, has a large magazine and respectable damage at close to long-ranged encounters. Its large size reduces its mobility.

With the last two top tier guns suffering from less mobility, Type 11 offers you much-needed mobility. At the same time, it has less damage and high recoil, making it difficult to control.

The only good thing about this weapon is its high damage and accuracy. Rest, the weapon has low mobility, high recoil, and a poor fire rate.

If you learn to use them properly, they are no less than a melee weapon. The masters of close-ranged encounters, they make up for some of the best secondary weapons.

This weapon does justice to its weapon type by having sufficient damage to take down an enemy in a single shot. But this is only for close-range encounters. The gun won’t perform at all if you try landing some damage in medium-ranged encounters.

You can opt for this gun if you’re not good with shotguns in close ranged encounters. Missing a shot with a shotgun can land you in trouble, given their poor fire rate.

Gracey Shotgun can make up for your shortcoming with the highest fire rate in its category. It does not have a lot of damage, but you can always fire twice to take down an enemy.

Combat shotgun has one of the worst damages in its category. However, it does have a respectable fire rate, allowing you to shoot the enemy twice.

This is similar to the Combat Shotgun. It lands a place in the last tier because of its long reloading time.

Again, this rifle is best suited for medium-ranged encounters and has a good fire rate. It is also easier to control given its less recoil.

This weapon has very poor mobility, but at the same time, it has very good damage. If you manage to take a headshot, then one shot of this weapon is sufficient to take down an enemy.

This sniper rifle in Vanguard has the highest damage in its category. But, being a bolt action rifle, it lacks in fire rate and reload time.

It is pretty similar to KAR98K, only that it has less damage.

This is an entry level rifle. It has less damage but is easier to control and can be the best choice of weapon if you’re learning to snipe.

They’re the most underrated weapons in any Call of Duty game, but if used properly, they can be a life savior. Handguns are pulled out when you run out of ammo, or you’re not willing to waste your precious ammo on a soul that is almost dead.

It’s a handgun with the capabilities of an AR. Its high fire rate allows you to take down an enemy quite easily. However, it does have a higher recoil than the rest of the handguns

It does not have the best fire rate, but it does have sufficient damage to take down an enemy at mid-range.

This is the most basic pistol that you can come across in Call of Duty Vanguard. If you know how to use a secondary weapon, it’ll get the job done for you.

This weapon lies pretty close to RATT in terms of usage and stats. If you know how to use a pistol, then it won’t disappoint you.