How To Defeat Werewolves In The Witcher 3 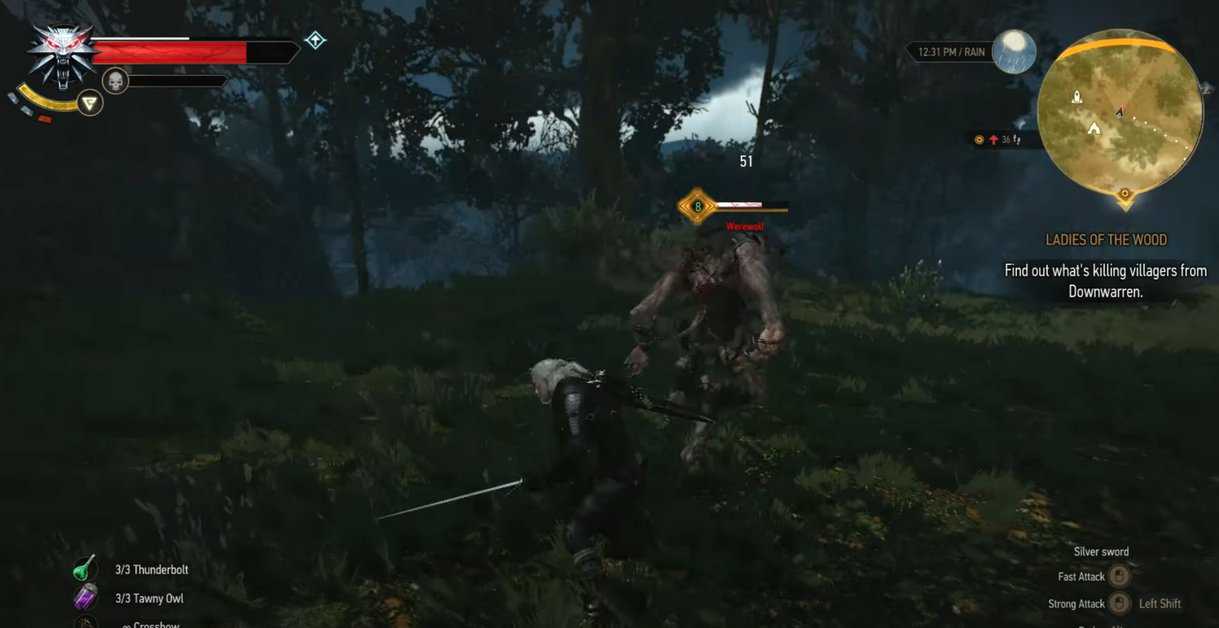 Living in a dangerous world, Geralt and Ciri will be required to cut through thick manifestations of monsters. Werewolves, known as the Cursed Ones, are one such monster in The Witcher 3. These beasts undoubtedly possess supernatural traits that differ from the natural furred fiends, such as wolves and bears.

Werewolves in The Witcher 3 Wild Hunt are humans and non-humans affected by lycanthropy, which warps their bodies and minds into that of a horrid beast, that is only familiar with the sole feeling of a never-ending hunger. These people have no memories of the events that occurred while they had transformed, confirming that they were not in control of their actions during this period.

Werewolves are extremely fast and powerful creatures in the game and have no emotions. They are always ready to take you out, making fighting them more challenging. So in this guide, we will guide players on how they can fight against werewolves in The Witcher 3 Wild Hunt in the best manner possible.

How to kill werewolves in The Witcher 3

If you’ve come across a werewolf, particularly during the Wild at Heart quest, you must have realized that these creatures cannot be hurt or killed through steel swords and can only be hurt through silver swords. Additionally, werewolves are fast and quite lethal, and possess health regeneration making werewolves one of the deadliest enemies you will face in TW3.

So, when heading into battle, players must utilize tactics and weaponry targeting lycanthropy. Due to their regeneration ability, Geralt cannot deal enough damage to the beast without the werewolf regenerating its health.

This creates a problem since the battle becomes prolonged to the point that Geralt cannot secure a win, no matter how fast, mysterious, or brutal he is.

To stop a werewolf from regenerating health, players need to stock up on Moon Dust and Devil’s Puffball bombs since these bombs can render their ability to heal itself useless and also deal the Werewolf an increased amount of damage, respectively.

Also, the Moon Dust bomb, when it comes in contact with the Werewolf, will render its regenerative abilities useless for the next 20 seconds.

Added to that, to deal more damage to these beasts, you can also craft oil such as Cursed Oil to coat your sword since it will provide you with a massive jump in the damage inflicted upon your enemies.

Apart from that, if you have read the bestiary, you will come across crucial information indicating that werewolves are weak against Igni fire magic. However, if you’re currently at an earlier encounter, this information will do you little to no good, so instead, focus on using the Axii and Yrden signs to help turn the tide in your favor.

Axii is a hypnotizing spell, whereas Yrden is a slowing spell, both of which can significantly slow down the Werewolf, providing players with a fighting chance while giving them enough time to heal themselves.

Speed matters the most

Another thing to take due note of is that while in most battles, players tend to remain quick on their feet, this is especially true when fighting against a werewolf. Their speed and strength require players to be quick on their feet and be evasive since, otherwise, they will be prone to taking a significant amount of damage.

Werewolves also possess a wide range of melee quick and deadly attacks. Additionally, these beasts can summon a horde of wolves to aid them in battle, so standing still and facing off against the beast should be the last possible strategy a player should utilize.

This forces players to evaluate which attacks or weapons to use against the enemies. For example, lighter attacks might be preferable instead of heavier attacks since they’re slower, considering until the attack makes contact against your opponent, it’ll leave you completely vulnerable to attacks.

Lastly, make sure to dodge as much as you can each time you make a successful hit since it would not give the Werewolf a chance to hit Geralt.

Things to keep in mind during the battle

When fighting against a werewolf in The Witcher 3, it is essential to deal the beast a significant amount of damage; however, instead of simply using heavy attacks, other ways need to be utilized. This includes a combo of lighter attacks, bombs, oils, signs, and more. However, like you, the Werewolf will also use swift ad powerful attacks to damage Geralt.

Unlike Geralt, a Werewolf has a limited move set, within which it’ll use its claws to damage its opponents. This makes the oncoming attacks from the Werewolf to be a lot more predictable after a certain point.

The Quen sign will also come in handy since it will provide players with a damage shield to absorb the damage from oncoming attacks. This is especially helpful if you fear your armor is not good enough.