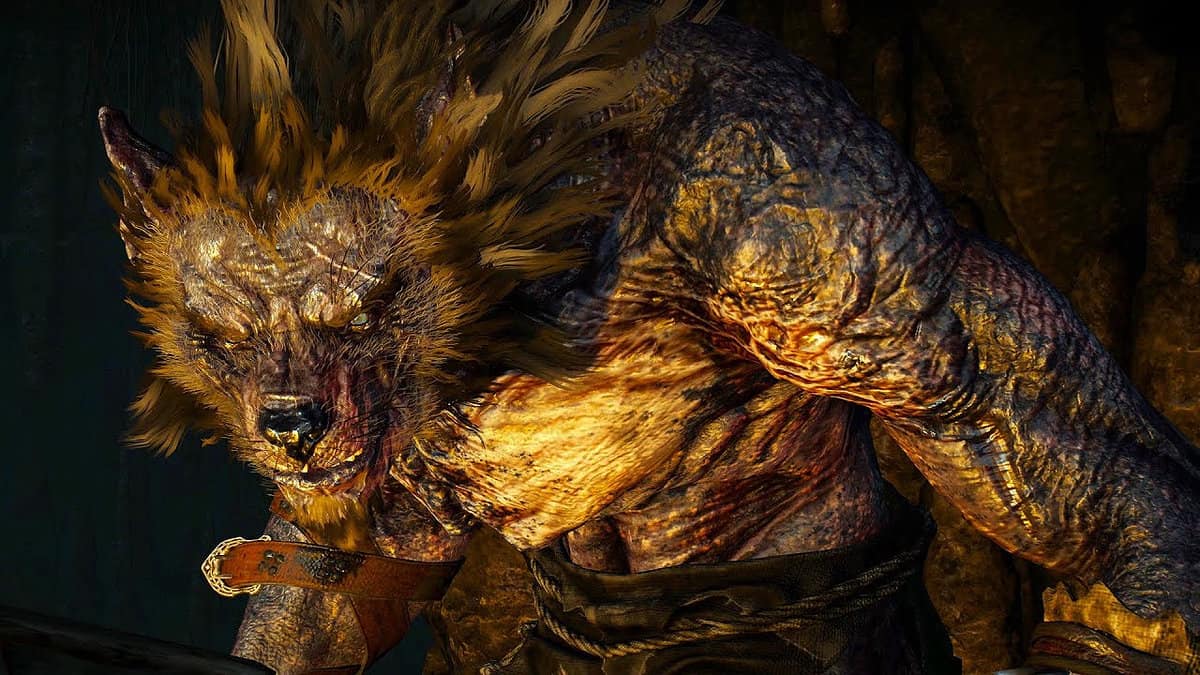 In Wolf’s Clothing is a secondary but fairly important quest in The Witcher 3: Wild Hunt. There are several points in the questline where you need to make a choice that impacts the world around you in more ways than one.

If the name of the quest did not give it away, In Wolf’s Clothing is about a werewolf named Morkvarg where you must choose whether to save him by lifting his curse or kill him to put an end to his killings.

The following guide will tell you what choices to make and where during In Wolf’s Clothing in The Witcher 3: Wild Hunt.

There are two ways to start this quest. You can firstly go to Larvik on the island of Hindarsfjall east of the main Skellige island and take the contract to kill Morkvarg.

Head to the Temple of Freya near Larvik to speak with priestess Josta. She will tell you that Morkvarg is no ordinary werewolf. He has apparently been killed a number of times already but keeps coming back to life as part of a powerful curse. So, you will need to find a way to kill him once and for all.

Josta will suggest speaking with Einar, a pilgrim, who was present that day when Morkvarg was cursed. You can find him at the harbor getting ready to sail out.

Einar will relay the terrifying events of that day when Morkvarg transformed into a werewolf. However, his story has a few holes in them, something to keep in mind as you make progress in the quest.

Make your way to Freya’s Garden north of Larvik. This is a sacred place where Morkvarg was cursed by the late priestess. You need to investigate the garden to know more about the curse and perhaps even a cure. Take note that the Missing Persons quest will end once you reach the gates of the garden.

Head to the southeastern end of the garden to discover a corpse and then cross the bridge before climbing the ladder in the wall. You will find two levers here that are part of a little puzzle you need to solve to open the floodgates.

The floodgate levers are part of the Nameless quest. You can split here for a moment and continue going forward to find a cave entrance. Head inside and you will see Morkvarg talking about a lost key.

You can choose to either ignore him and leave the cave or attack him. The latter option is better because you will get a fairly important quest item in case you want to unlock that outcome in the end.

When his health comes down to around 40 percent, Morkvarg will fall down and request you to lift his curse in return for a reward. You will now have the option of either feeding him or killing him.

Feeding him some werewolf meat is how you can lift the curse. Since this is your first encounter with Morkvarg, you will not have any werewolf meat on you.

Feeding him anything else and finishing off will both result in him vanishing into thin air, only to return later due to the curse. However, he will leave behind some werewolf meat. Make sure to loot it.

Before exiting the cave, you can use your Witcher Senses to discover an underground flooded cave. The way to get there is through the floodgate levers you left behind. This is also where you will find the lost key Morkvarg was talking about earlier.

The right lever chooses the gate you want to open and the left lever opens it. Something important to note here is that both the right and left gates lead to the completion of the quest. It all depends on which outcome you want.

The right gate leads to the flooded cave where you can find the lost key. This is probably the best way to complete In Wolf’s Clothing because you will get to know the truth about Morkvarg’s curse.

The left gate will lead further into the garden. This is where you get to complete the Nameless quest as well as kill Morkvarg for the second ending.

Go through the left gate and find the werewolf’s leg on a chain. Morkvarg will appear as soon as you examine the bloodied leg.

Listen to what he has to say and then fight him as you did in the cave before. However, this time, you can feed him some werewolf meat. This will lift the curse, however, at the expense of Morkvarg’s life.

Return to Josta at the Temple of Freya with the news of Morkvarg’s end and to get your rewards. This is the quickest way to complete In Wolf’s Clothing but you will lose a chance to get some additional rewards.

Ask him about the reward he promised you before and he will direct you to the Loan Shark merchant in The Bits, Novigrad. This is the most profitable ending of In Wolf’s Clothing.

If you go through the right gate, you will reach the flooded cave beneath Morkvarg’s lair. Use your Witcher Senses to find a skeleton that has a key.

Now, return to the starting area where there is a locked wooden door near the sacred tree. Use the key to go through and search the rooms for Morkvarg’s journal. This will tell you that Einar actually lied to you before.

Fast-travel back to the Larvik harbor and confront Einar. You will quickly have two options to choose from. You can either fight him to the death which will solve nothing or calm him down to get more information about lifting the curse.

Make sure to choose the peaceful option because that is how Einar will reveal that it was he who cursed Morkvarg in the first place by using a cursed fang.

Once the conversation ends, you will be given another couple of options to choose from. You can either fight him for the cursed fang or convince him to give it away. You have to choose the second option.

Einar’s confession to the priestess is important or else you will unlock the same ending as before by feeding him his own werewolf flesh.

Once you have the cursed fang, return to Freya’s Garden and find Morkvarg in his lair. Defeat him for the third time in the quest but this time, you will have an additional option of using the cursed fang. Use it to lift his curse and make Morkvarg human again.

Ask him about the reward he promised you before and he will direct you to the Loan Shark merchant in The Bits, Novigrad. This is how you get the most rewards from In Wolf’s Clothing.