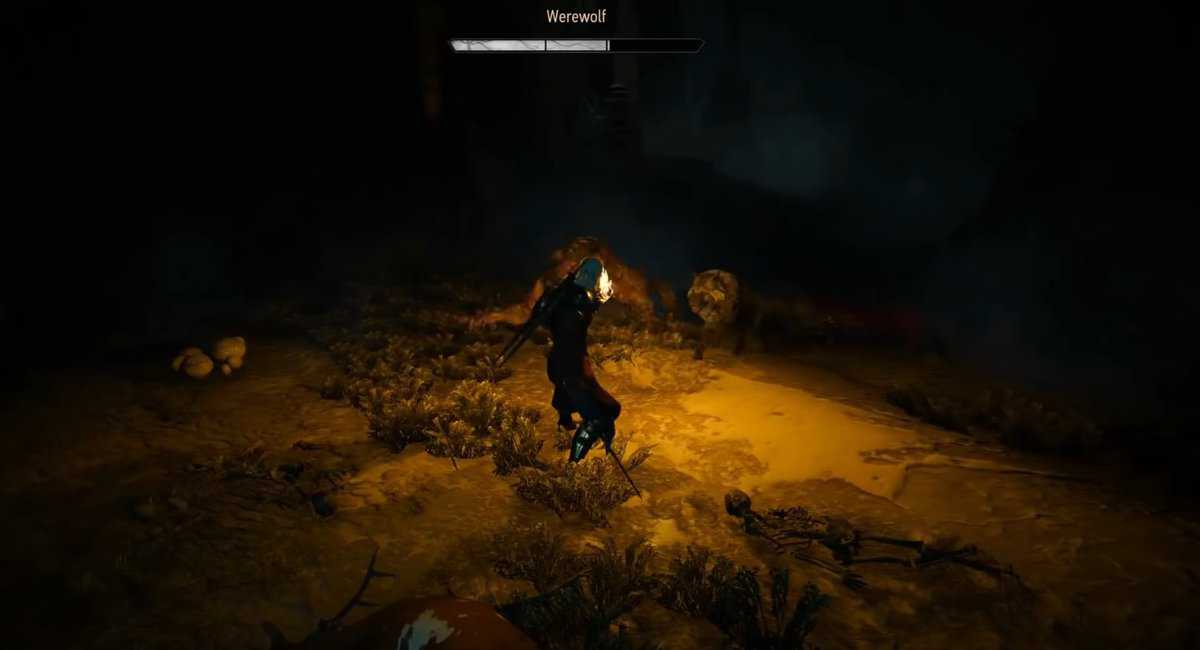 Often at times players, when finishing side quests in the Witcher 3, get the option of paving their way forward by choosing the ending of their own choice. Wild at Heart is one of these quests in The Witcher 3 that will give Geralt a moral dilemma, forcing him to choose between two evils.

The Witcher 3 Wild At Heart

Geralt will come across Niellin, standing in front of his hut in Blackbough. Here, you’ll find him talking to his sister-in-law Margrit. These are the two characters you’ll be dealing with throughout this quest.

Interrogating the Witnesses: The Butcher’s wife and the blacksmith

Once you’ve accepted this quest to find Hanna, Geralt’s first objective will be to interrogate any possible witnesses, such as the Butcher’s Wife, Glenna, who is also Hanna’s friend. She’ll also reveal that Hanna seemed quite happy the last time she saw her, which will back up Margrit’s statement. However, the one odd detail she will mention is that the wolves in the forest have been acting up recently. This is your first hint, which pinpoints Hanna’s possible fate.

The other person that Geralt has to interrogate is the Blacksmith. Hanna often watches his children, and they provide Geralt with another piece of important information. They’ll reveal that the last time they saw Hanna, she was heading toward the woods alongside another woman.

Now that you’ve inquired about Hanna’s last known whereabouts from the locals, it is time to head into the woods. Head north and follow a long trail that’ll take Geralt to a deeper part of the woods, located across from Pellar’s hut.

Here, Geralt will encounter a large group of wolves surrounding a dead dog. You’ll be required to clear out all the wolves; however, be careful, considering one misstep could cause him to lose a significant amount of health.

Before battling the wolves, Geralt can coat his sword with Beast Oil, allowing him to deal more damage to the wolves. Another available option is casting the Aard, Igni, and Yrden signs. These will enable you to deal with the multiple wolves that are trying to surround you by providing you with numerous openings to attack.

Making a deal with Margrit

Once you’ve dealt with the wolves, Hanna’s sister Margrit will appear. She’ll ask Geralt to stop looking for her sister since she’s undoubtedly died by now. She further expresses that whoever disappears in the war-ravaged Velen never returns.

Now, Margrit will urge Geralt to stop looking for her sister and to inform Niellin that he found his wife’s lifeless body. She will offer to pay you if you choose to accept her offer.

If you accept the bribe, you’ll get 72 XP and 25 XP for lying to Niellin. You’ll also receive 55 crowns and 10 extra when you lie to Niellin.

At this point, Geralt can end the quest by accepting Margrit’s offer. However, alternatively, you can choose to question Margrit’s motives and continue looking for Hanna.

If you choose to look for her, you must inspect the dead dog, near which you’ll find blood and claw marks, indicating the presence of a werewolf. Upon further inspection, just behind the tree, you’ll find Hanna’s bloody remains, allowing Geralt to deduce her fate that she was torn apart by a werewolf.

After further investigation, Geralt comes across a tuft of fur nearby, allowing him to pick up the werewolf’s scent. Following this scent, Geralt goes to an isolated shack, near which he’ll find the torn-off clothes of someone.

Investigate this shack, where you’ll find several notes, which upon reading, will reveal to Geralt that the werewolf is none other than Hanna’s husband, Niellin.

How to kill the werewolf in The Witcher 3

Now starts the tough section of the Wild at Heart quest since you’ll be required to fight and possibly kill the werewolf in TW3, but before that, you must find his cave first.

Leave the shack and investigate your immediate surroundings since you’ll find the cave nearby. Once you find its entrance, head inside; however, if you enter the cave during the daytime, you will not come across the werewolf, so Geralt must wait until nightfall by meditating.

When it’s finally nighttime, Niellin shows up inside the cave in his werewolf form. Here, you’ll be facing a mighty opponent that’ll present you with a tough battle.

Niellin is a strong opponent that will swiftly attack, draining a significant portion of Geralt’s health. However, by using his Witcher signs and dodging, Geralt can successfully avoid and attack Niellin.

However, before heading into battle, it is to be noted that the werewolf will constantly heal itself. This can derail your progress significantly. Whenever the werewolf throws its head back and starts to howl, it will start regenerating health unless stopped.

To stop the werewolf from healing himself, Geralt can use a Devil’s Puffball, which will poison him, rendering his ability to heal himself useless. If you don’t have Devil’s Puffball, you can also buy the Moondust recipe from the Herbalist northeast of Oxenfurt. Craft Moondust and use it to stop the werewolf from healing in TW3.

Also, the werewolf is accompanied by 3 wolves, which can be dealt with using the same strategies. Use your silver sword when dealing with these wolves since they’re classified as monsters. Additionally, you can coat your sword with Cursed Oil for more damage against the werewolf.

Once you’ve drained a significant amount of the werewolf’s health, it will collapse onto the ground. That will trigger a cutscene during which you’ll notice Margrit run in, to stop you before you can land the finishing blow.

During this cutscene, you will know that Margrit was in love with Niellin for years. However, he chose her sister, Hanna, instead. Margrit, who had known for years about Niellin’s secret, wanted to reveal it to Hanna, hoping that once she realizes her husband is a werewolf, she’ll be disgusted by him.

However, the situation quickly went off the rails since Niellin killed his wife without even realizing it.

What is the right choice at the end of Wild at Heart?

Upon realizing what Margrit has done, Niellin threatens to kill her. At this point, Geralt will choose to let Niellin kill Margrit or step in to protect her.

If you decide to walk away and let the werewolf Niellin kill Margrit, eventually, he catches up to Geralt outside his cave and asks Geralt to finish him off without a battle.

However, if you choose to protect Margrit, Geralt will tell her to flee while he deals with Niellin himself. This will initiate a battle with the werewolf, where you’ll be required to drain his remaining health. After killing the werewolf, you’ll come across Margrit crying at the abandoned shack.

There is no right choice to end this battle; however, it is best to protect Margrit since if you let the werewolf kill her, you will not receive the werewolf ingredients. Apart from that, there is no change in the rewards you’ll receive at the end for choosing either of the endings.