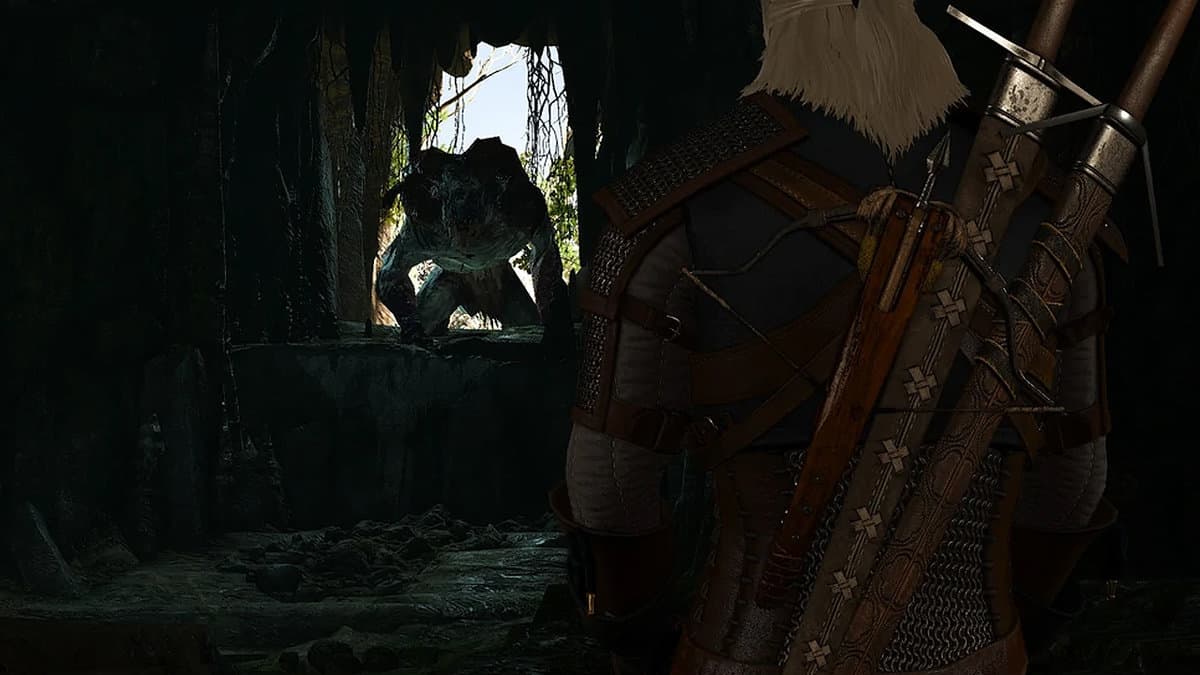 When you reach Lindenvale in The Witcher 3: Wild Hunt, you will come across a contract named Mysterious Tracks where the local village huntsman has discovered some strange tracks left behind an unknown creature.

Geralt must investigate the matter and find out what creature is wreaking havoc in the village. However, like most quests in the Witcher 3, things take an unexpected turn with Geralt in the thick of it.

The following guide will tell you how to complete the Mysterious Track quest in The Witcher 3: Wild Hunt.

The quest can be started off by picking up the contract from a notice board in Lindenvale, east of Crow’s Perch. Geralt needs to then meet the huntsman who put out the contract.

You can use this opportunity to negotiate better rewards. Alternatively, you can start the quest by directly finding the track or the cave first, but you will lose the chance to negotiate for a higher reward this way.

After agreeing to take on the contract, look at your minimap to find the location where you have to go. Simply follow the marker and you will arrive at the destination.

You will find some slain wolves nearby which indicates that the threat we have to fight is a serious one. You can pick up some tracks using your Witcher Senses to a patch of fur on a tree. From there, you will pick up the scent and follow it until you arrive at a cliff. Look around and you will find some droppings which you can investigate. Geralt will investigate and determine that a Fiend left them.

You now need to enter the cave. To do so, climb the hill by taking the way up and look for a hole hidden in the trees. It’s a bit of a drop so be careful going down.

Here you will find the body of a Fiend which means that something that killed it is much worse. You will also find some more track prints and some blood splatters and Geralt will use his experience to deduce the identity of the beast. You will be dealing with a Howler, a powerful variant of a Chort.

To fight Howler, you need to lure it out first which you can do so by making a Chort Lure after finding the formula from the Alchemy page. For that, you need two ingredients: Fiend Dung and Crow’s Eye Plant. Both of these ingredients can be found alongside the hill beside the cave.

After crafting Chort Lure, you need to spread it in 4 spots all over the hill. This will easily lure Chort back into the cave.

The big beast is susceptible to Relict Oil, therefore, you need to cover the sword with this oil before fighting. It will give you bonus damage against the Howler.

The bad news is that the cave is a small one leaving not a lot of area to maneuver. The only signs you can use here are Quen to tank hits and Yrden to slow it down. Your strategy should be to roll out of the way of its attacks so that you can attack the creature from behind.

Your time spent defeating the Howler will be worth it. The following are the rewards that you loot off its dead body.