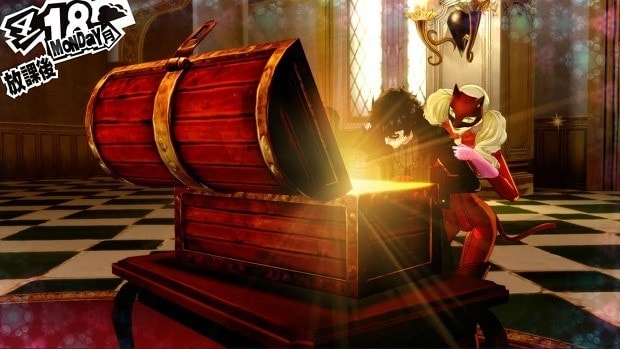 Our Persona 5 Eternal Lockpicks guide will help players craft these items and use them to in an efficient way when attempting to unlock chests.

There is a lot of treasure scattered around the world in Persona 5. Some of it easily acquired, however, some requires players to open up locked treasure chests. That is where lockpicks and eternal lockpicks from Persona 5 come in.

Lockpicks allow players to open up chests found in Palaces for rare items and materials. However, these lockpicks need to be crafted first before players can use them on their Palace runs.

Before crafting lockpicks, players should keep in mind that the higher their dexterity, the more the number of lockpicks which can be crafted.

This is highly useful when attempting to infiltrate high-level palaces which require more lockpicks.

The number of lockpicks the player can craft is always one more than what their Dexterity is, up to a maximum of 6 lockpicks at 5 Dexterity.

As players progress through the game, continuously crafting lockpicks can become a chore and that is where Eternal lockpicks come in. These lockpicks are crafted at the work desk just like normal ones but can be reused so players don’t have to carry any extras.

Before players can craft an Eternal lockpick, they need to raise their Magician Arcana to rank 6 in order to unlock the Ace Tools ability on 29th August.

After unlocking the ability, players can craft the reusable lockpick at a work desk using 20 Aluminum Sheet and 10 Liquid Mercury.

Both of the required items can be picked up by defeating enemies from the Futaba palace, namely Anzu and Anubis. Memento Areas 10 and 11 are good for Aluminum Sheets while Areas 1, 2, 3, 7 and 10 are for Liquid Mercury.

Alternatively, the Okumara Palace can also drop these items by defeating Decarabia and Ganesha in Facilities Passage and Barracks Area respectively.

If you are done with the two palaces which are mentioned above, your other option is that you can go for doing Mementos.

This because old enemies will spawn there; offering you a second opportunity to attain the items are going to be needed during crafting.

Receiving Aluminum Sheets in Mementos is easier compared to outside of it. They can be acquired in item boxes distributed over the area.

Acquiring Liquid Mercury here is tougher though as it requires you to farm Anubis enemies again and again. It’s a tough and long procedure but once you are done with it, it will be worth it.