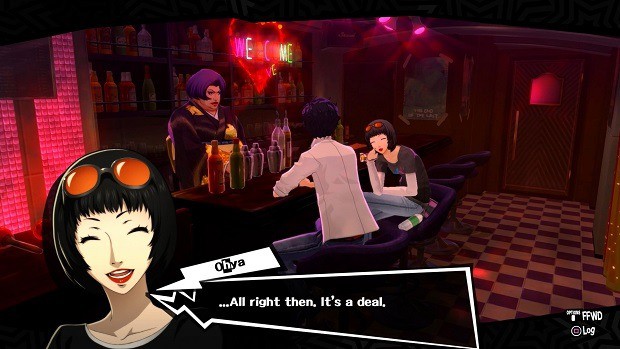 This Persona 5 Batting Cage guide will list some useful tips for the players on how to best utilize the batting cage, earn relevant trophy as well as some unique rewards.

Located in Yongen-Jaya, the Persona 5 Batting Cage is one of the numerous locations in the game where players can pass the time in the side-activities. Batting cage can be visited during the day to increase the player’s Proficiency as well as earn rewards.

If they manage to hit a home run, The City’s Hard Hitter trophy is also unlocked for PSN boasting privileges.

Since Persona 5 isn’t a sports game or a baseball simulation, the playing mechanics aren’t really deep or confusing which means anyone can enjoy the mini game.

Players simply have to move their bat by moving the left thumbstick up or down and swing to hit the ball by pressing X.

There are three difficulty stages of the Batting Cage, Beginner is unlocked from the start while Intermediate and Advanced needs progress in the previous rank to unlock.

Alternatively, players can also play these two difficulties during the months of August and October respectively. Depending on the difficulty, the ball speed increases as well as the cost of playing the game.

In order to land a perfect hit, players should try to move their bat position in such a way that the bottom half of the ball icon is covered.

Players will need to be quick for this as the adjustment time is really short. A perfectly timed shot, when the ball overlaps the ball icon where players line up their bat and pressed X in time, can result in a home run.

Apart from visuals, sound queues also play a big role so players should listen for those and try to memorize the sound of a perfect hit and try to replicate that. The conditions of each difficulty and their rewards are listed below:

Beginner
Requires 500 Yen to play and the ball is at 70km/h. The regular prize is a Ground Ball while a home run rewards players with a Muscle Anklet which increases Power by 2

Intermediate
90km/h and 1000 Yen fee, Vibrant Tasuki which increases HP by 50 is normal reward while home run gives Bandana of Anger that increases damage during Rage

Players can also visit the Shinjuku Bookstore after June 18th to buy The Essence of Batting book in order to allow them to slow down time with L1 making it easier to hit the ball.

My Place Award
The Achievement Legendary Home Run King can be attained by hitting 30 home runs in the batting cage. Your reward for this feat is 60 P medals.