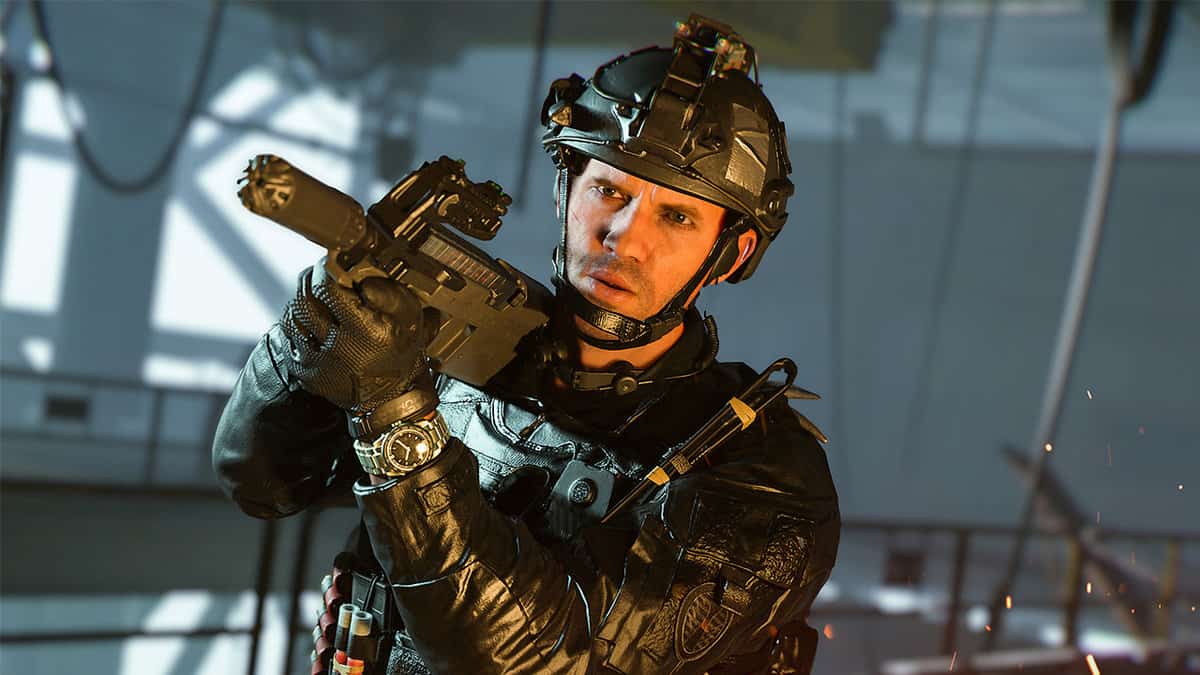 It is crucial to put pressure on enemies and keep them on their toes. The best role to take in Modern Warfare 2 is playing as an SMG player in close quarters and run around raining bullets on your enemies.

Every team requires SMG players to move aggressively and capture the essential objectives of their team. Moving and capturing the points before the enemy reaches safe spots is vital to defend the objectives.

Your role as an SMG player becomes much more crucial on some maps in CoD Modern Warfare 2 that demand an aggressive playstyle.

The aggressive playstyle associated with the role of SMG players demands certain things from the weapon they use. The first and most important thing is the fire rate, as you want to land as many bullets as possible when you face the enemy at close range.

You must also have good mobility and damage output. Also, it is essential to have the option of using your SMG for a mid-range fight. For that purpose, we have prepared a guide to assist you with the Best SMGs in Call of Duty: Modern Warfare 2.

The Lachmann Sub is a classic SMG, previously known as MP-5 in other game editions. The weapon gives you the right abilities to bring havoc at medium and short-range encounters.

It offers excellent stability and a high firing rate and deals substantial damage, making it an all-rounder and the best SMG in Modern Warfare 2. The weapon covers all the areas of an SMG player, providing you with the potential to take an aggressive stance and inflict maximum damage while securing the objectives for your team.

You need to have the perfect Lachmann Sub loadout to increase the weapon range along with its damage for mid-range counters. An ideal class setup for this SMG will improve your combat potential

The popular MP7 is back as the VEL 46 in Modern Warfare 2. It is considered a Sub Machine Gun with the most damage rating. The SMG provides a high firing rate and mobility to help you push into the opposition line. Getting killstreaks and giving an edge to your team would be easy if you learned to handle this weapon.

You can push against the enemies as the damage output of your weapon will ensure that you land enough bullets to take the fight away from the enemies.

The VEL 46 loadout will allow you to improve your accuracy while not compromising your firing rate. The push from the loadout will help you reach the objectives before the enemies and clear the sites to provide your team with the option to move in and secure the rounds

The FSS Hurricane is easily one of the best SMGs to unlock in Modern Warfare 2. It features high base damage with a large magazine, allowing you to mow down enemies as you pierce their frontlines.

What also makes the FSS Hurricane an incredible weapon overall is its recoil. You can empty the entire drum in a continuous hail of bullets without having to worry about the weapon kicking around. You will hardly feel any recoil at all, which means that your ADS will always be on the enemy.

However, you will need the right FSS Hurricane loadout in MW2 to make the weapon excel in terms of accuracy and precision at close- and medium-range.

The SMG already has one of the best controls in its weapon class. Pair that with impressive damage and low recoil, and you have a deadly weapon to run and gun in your MW2 multiplayer matches.

SMGs are not only about mobility. They are also about their high fire rates. The Fennec 45 makes sure that if you manage to get close enough to enemies in MW2, there is little they can do when you are emptying your mags in seconds.

Its high firing rate ensures that your targets will be full of holes before they can even slide cancel. You might not even have to aim at them. Just get within range and hip-fire your Fennec 45 for confirmed kills.

Having a high firing rate is also necessary if you have a high ping/latency in your MW2 multiplayer matches. More bullets per frame will increase your chances of a kill while you are lagging.

Make sure to always have a good Fennec 45 loadout without in Modern Warfare 2.

The PDSW-528 comes with a huge magazine and potentially enables you to land many kills without worrying about reloading. You can take on multiple enemies at the same time, making it easier for you to force yourself into the enemy lines and clear out their camping spots.

The PDSW-528 also has high mobility for you to run and gun, alongside impressive control and low recoil. You can improve the SMG further by building a PDSW-528 loadout to increase its overall damage and mobility potential.