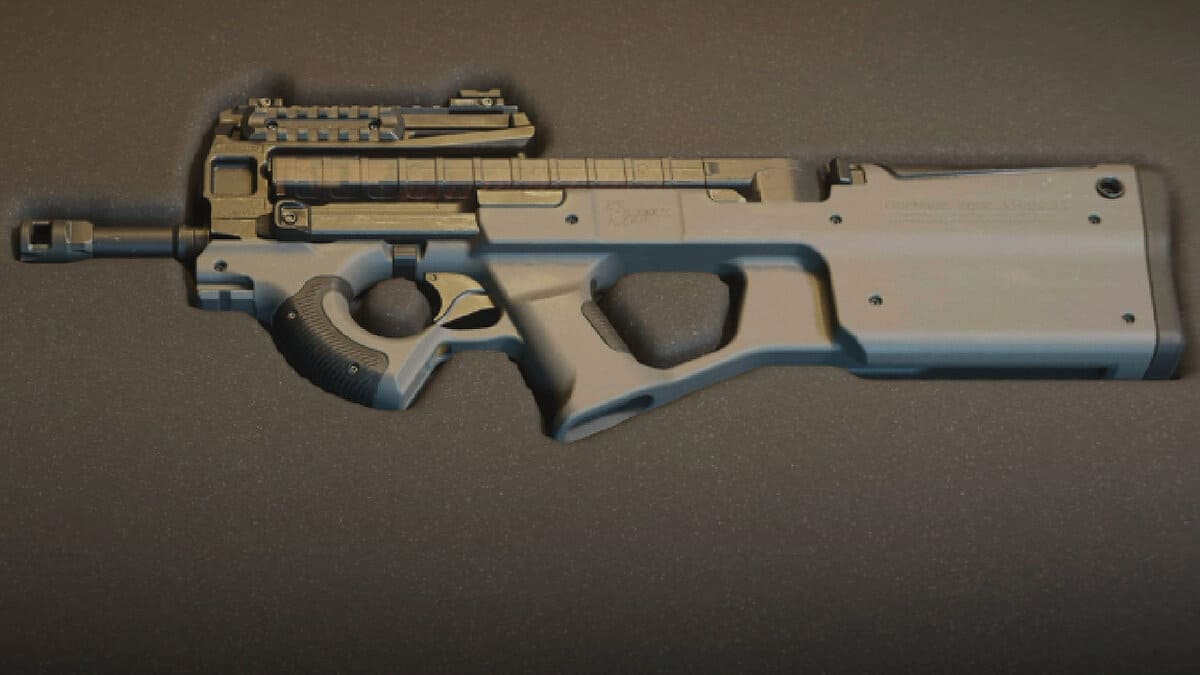 If returning to Modern Warfare 2 from the previous game editions, you must be aware of the P90 weapon, which was part of the SMGs group in those games.

In Modern Warfare 2, the carbon copy of P90 is introduced with a new name PDSW 528. Even though the name is unique, the weapon will bring back the same old feelings for you due to its structure and power.

The weapon is one of the best SMGs in MW2 due to its large magazine size. You can use it to rain bullets on all the enemies without worrying much about reloading.

PDSW 528 is also part of the weapon trees recently introduced in the game. It sounds like you have to achieve a certain rank before unlocking the weapon, but here’s the good thing about this weapon.

The gun is part of the Tactique Defense Platform and will be the first to be unlocked in this family of weapons.

To unlock PDSW 528 you must reach level 5 in the MW2. It means you can get your hands on this lethal weapon at the start of your journey and become a PDSW 528 beast in the game.

Our class setup will give you an edge in short-range encounters. The attachments will ensure you deal tons of damage while having a better range, increasing the bullet velocity for PDSW 528.

In MW2, or any other COD game, the main aim of SMGs players is to move swiftly and reach their targets before they settle down, so the perks suggested for your loadout will provide you with the opportunity to kill the enemies before they even see it coming.

The struggle to aim using the iron sight of PDSW 528 is also overcome by close-range optics. There will be no reason for you to stay back while using the suggested class setup. So, get on with it and kill the enemies.

The selection of perks is purely based on the requirement of SMG players. You can stay out of the enemies’ radars and sprint more to reach the objectives. You must play aggressively to poke the enemies more often and pressure them to make their move.

The class setup ensures perfect control of your horizontal and vertical recoil. You will have enough improved bullet velocity, hip fire accuracy, and damage range to kill enemies in mid-range combats. PDSW 528 is deadly even in specific range combats where most SMGs fail.

This class setup also ensures that your aim-down sight and sprint-to-fire speed are boosted to provide you an edge in combat. You will be a beast in close-range encounters with improved hip fire accuracy and recoil stabilization.

We are going with the same perks as the above build as we do not want to compromise on flanking options and ensure we have enough mobility to run through to the backlines of the enemies.

The X13 Auto will be your secondary weapon option since we want to save a perk slot used on Overkill. The X13 Auto’s high fire rate makes it a deadly and reliable weapon that excels in quick-range combat Use the X13 Auto to finish off enemies should your clip run out.

Base Perk 1: Double Time
Double Time is an excellent perk to have to easily traverse the battlefield. This perk will buff your Super Sprint duration by 2 times and give a 30% buff to your crouch movement speed.

Base Perk 2: Tracker
The Tracker perk is extremely useful as it helps you track the opponent’s footprints for a brief duration so you can easily track down nearby enemies.

Bonus Perk: Hardline
The Hardline perk will allow players to access their killstreaks one kill quicker, for example, UAV becomes available after 2 kills instead of three.

Ultimate Perk: Ghost
If you want to maintain stealth throughout the match, Ghost is a must-have perk. It will help to avoid opponent UAVs, Portable Radars and Heartbeat Sensors.

Stun Grenades are added to the loadout to help jump opponents and catch them by surprise. Frag Grenades can help flush out camping enemies so you can take them out.