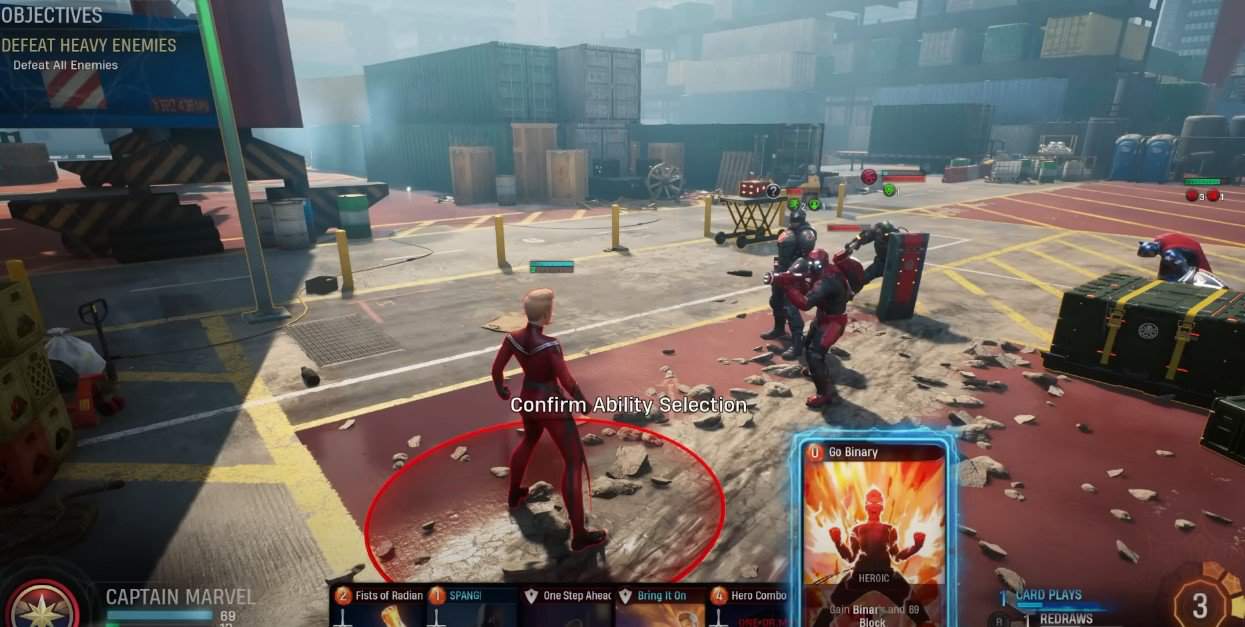 In Marvel’s Midnight Suns, each character can largely fit into one of the three classic archetypes. These three are tanks, DPS, and support. To understand which hero might pair well with whom in Marvel’s Midnight Suns we need to figure out the best approach to hero combinations to create the perfect 3-man squad.

While a team consisting of characters who fit into each of those roles is a fair way of approaching things, Players should keep this thing in mind – most of the characters in Midnight Suns can bring much more to the table than what their classification indicates. This fact is very important when it comes to forming the most effective group.

Here are some of the best team compositions in Midnight Suns according to our experience with the game:

Doctor Strange is not just a healer but can also bring a lot of wealth of ability to the table whether it be buffs or debuffs damage that can fundamentally improve any squad.

Wolverine is an important pillar hero in Midnight Suns so pairing him with anyone could make a great team. However, Wolverine, Doctor Strange, and Iron Man are one of the best hero combinations in Midnight Suns.

Dealing with Wolverine can keep enemy groups busy with buffed attacks from Strange. Iron Man builds his attack through redraws before unleashing them with devastating attacks. Also, the sheer amount of heroism generation that comes with this team is insane, making it one of the best team synergies there is.

This Midnight Suns team can devastate enemy groups with an unparalleled amount of control. The synergy here is really strong and each character pretty much complements the other’s skills.

Captain America has the knockback ability to send them flying while Scarlet Witch creates Chaos for everyone else with Captain America’s ability to mitigate damage through taunts and blocks. Scarlet Witch does this while offering solid damage output in addition to Magik’s ability to gather enemies and whip them around the map with her portals all feeding into Scarlets Witch’s cluster of AoE abilities.

This team can simply manipulate the battlefield like no other, especially on a mission where the mob density is high.

The Hunter, Captain Marvel, and Spider-Man

Captain Marvel is labeled as a tank in Midnight Suns but her kit leans heavily in the direction of the offense. The Hunter in this team majorly plays the support role.

This Marvel’s Midnight Suns team is focused on getting Captain Marvel into her Binary Stance quickly by playing Captain Marvel cards while using Spider-Man’s ability. Since Captain Marvels more offense than defense as a tank the hunter can help fill the damage mitigation Gap through healing and utility.

One thing that makes this team devastating is Hunter’s most important skills which allow you to play a card like Spider-Man’s infernal spider twice. This means that players can set up a scenario where up to six Spider-Man cards will not cost you a single card play.

This is game-changing as you can focus your card plays on building up or maintaining Captain Marvel’s binary and keeping the overcharged offense up as much as possible when played properly. This is a potentially destructive combination of characters.

This is an interesting team composition with somewhat the best team synergy overall. Although the characters Wolverine, Ghost Rider, and Sister Grimm lean more towards the offensive sides and don’t have much of a defensive potential on their own if they’re used together that defensive gap can be filled.

The main way this hero combination can do that is through the Lifesteal ability. Lifesteal can heal your own heroes by damaging other enemies.

Wolverine and Ghostrider both come with Lifesteal cards, which you can use to damage enemies while also healing your heroes in the process.

Moreover, the Blood Magic ability can stack with Ghost Rider and Wolverine’s Lifesteal cards, allowing them to heal themselves significantly with their next attacks.

Overall, if used correctly, this may prove to be the best team there is, with a dynamic playstyle that is effective in both defense and offense depending on the situation at hand.

Another particular strong team comp that may have the potential to build the best synergy in terms of generating Heroism is the combination of Iron Man, Spider-Man, and Captain America.

Iron Man and Spider-Man mainly have the potential to deal a significant amount of damage quickly to a lot of enemies while also generating a lot of heroism. Spidey in particular can generate a lot of heroism that Iron Man can use with his swift and consecutive attacks.

Captain America is responsible for defending the two. He has excellent cards that not only provide defense but can also significantly increase their offensive capabilities as well.

What to know when building an effective team composition

When it comes to building the perfect hero team combination in the Midnight Suns there are three fundamental items your group needs to check off. These three items are:

Damage mitigation essentially means your hero squad has a character who can help reduce any attack effectiveness through some kind of survivability mechanic like blocking or healing.

It can also reduce the damage taken by more vulnerable characters in missions where you are constantly swarmed by enemies having the ability to ensure that your character is not being overwhelmed.

Proper team synergy is the balancing of your team’s heroism. Building up your heroism effectively and efficiently is a huge part of the mission success as many of the character’s best skills rely on it.

Having a team in Midnight Suns that balances building up heroism through actively playing attack and skills cards with deploying heroic abilities at the right time is crucial to proper team construction.