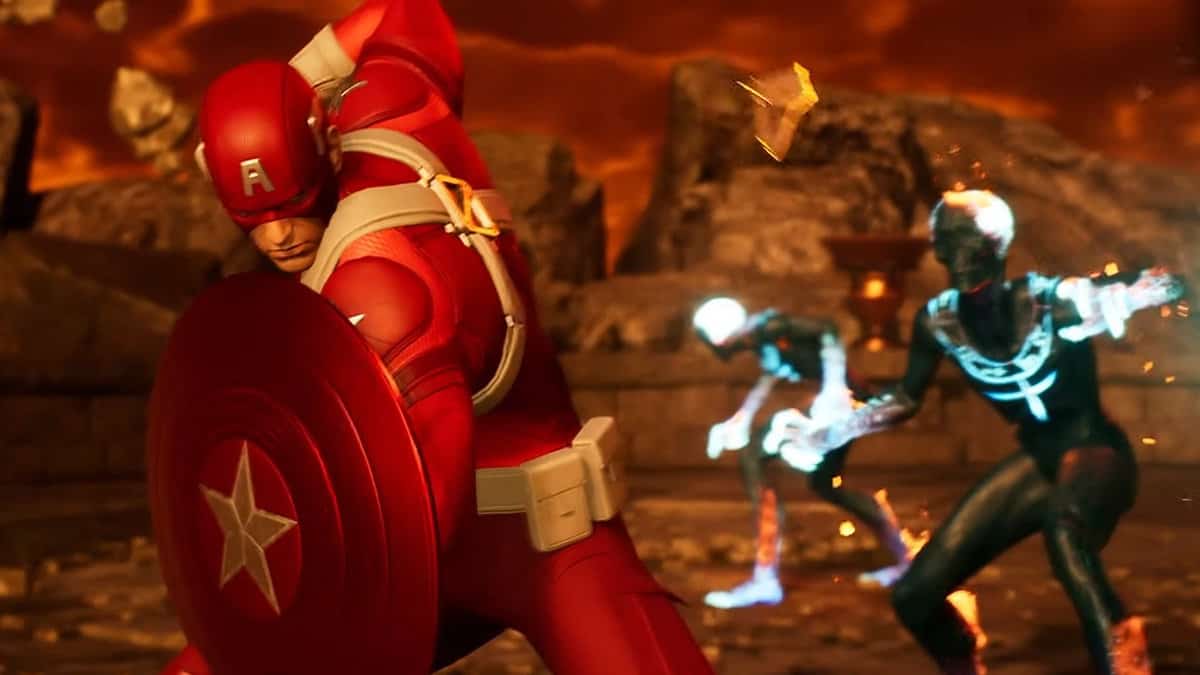 Marvel’s Midnight Suns allow you to play as some of your favorite heroes. You can form a team of different heroes of your choosing to complete missions – but you need to choose them wisely.

Each specific hero will have their own specific playstyle due to their distinct cards – which determines what they do on the battlefield.  You have a total of 8 different cards for a single hero that are drawn one by one at every turn – each varying in function and stats.

Best cards to use for Captain America in Midnight Suns

Captain America is the second tank-type hero you get in the game. This hero is mostly played as a supporting character in Marvel’s Midnight Suns. This is because most of his abilities revolve around collecting not only his own but also other heroes’ cards while also providing protection to them with his block.

Moreover, Captain America has a passive ability called “All Day” which allows him to use his block at the start of the battle, effectively allowing him to absorb most of the damage in the initial stages.

Given below are some of the best cards you can use with Captain America.

The Tactician ability of Captain America is mainly used to provide protection and absorb damage by blocking any incoming enemy attacks. What makes this ability special is, when upgraded, it can also protect other teammates.

This accounts for wide-scale protection, drastically putting you in a better position to win the battle by wasting the enemy’s turn. Moreover, upgrading this card will also boost the ‘Heroism’ you gain by using it. This allows you to use more powerful cards in the turn that follows.

This card also allows Captain America to draw any two cards from any class.

The Brooklyn Handshake is more of an offensive card than a protection one. It allows Captain America to damage enemies a lot and knocks them back quite some distance. Moreover, it also boosts Heroism, allowing you to use more powerful cards in the turn that follows.

This card also allows you to draw two more cards for your team after finishing an enemy off – if upgraded, that is. Moreover, you can also use modifiers in the card later on in the game to make it a “Quick” card. Thus, it has the potential to completely replace the Quick Punch card from your roster.

Moreover, when upgraded, this card also adds to the card draw as it draws 2 cards of any other Hero with every KO made with this ability.

This ability can also, with modifiers, become a “Quick” ability, becoming even more powerful.

Shield Bounce, as the name implies, is another ability involving Captain America throwing his shield at opponents. This is also a Heroic Ability, costing 2 Heroic Points. Unlike the previously mentioned “Spang!” attack which deals damage to specific opponents head-on, this ability deals AoE (Area of Effect) damage.

When Captain America throws his shield, all of the enemies in the affected area will be taunted and suffer from high damage. Do note that the damage dealt with this attack is very high and might even be enough to knock them out.

Moreover, this ability also has the potential to become a defensive one. If you upgrade this card, it will also inflict Weakening on enemies in contact. Weekend enemies deal less damage to you and your allies.

This card allows Captain America to taunt enemies using one of his allies. The taunt works on enemies that try to attack your selected ally. Dig in even provides you with one counter along with 107 Block.

This card is an essential part of the best deck for Captain America in Marvel’s Midnight Suns. You can save your ally and provide an opening for your team to come in on the taunted enemies and unleash their damage.

Regarding building Block, Captain America is one of the best in Marvel’s Midnight Suns. This card allows Captain America to Burns 33 percent of his Block to inflict damage to the enemies.

Additionally, it also generates Heroism. This card is an excellent addition to the deck of Captain America. Captain America primarily relies on Block, making this card an offense option to use at the right time.

Additionally, the card produces two Heroism, Making it a perfect addition to our deck.

Since we’re going with a DPS hybrid build here, where Captain America plays mostly a support role and less of a damage-dealing role, the best heroes to go with this build will be the ones that use most of their own cards.

Since Captain America will be doing all the blocking and drawing most of the cards, the rest of the heroes should pack the most damage. This would make Doctor Strange, Iron Man, and Blade the best heroes to go with this build.

Doctor Strange, while also drawing most of his own cards, is able to buff up the team’s overall damage. Blade, on the other hand, uses most of his own cards in a specific manner to deal the most damage possible, but isn’t that good at regaining his own cards. Iron Man works in a similar way to Blade in this case, also making a good choice to go with this build.