Where To Find The Lantern In Elden Ring 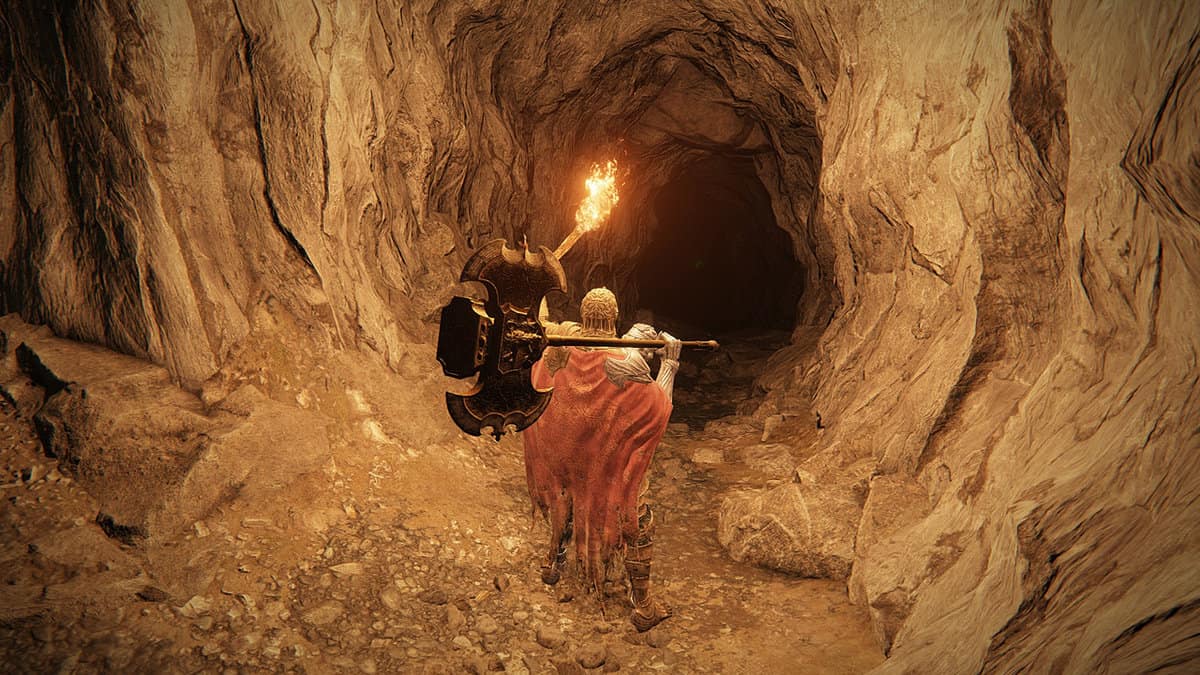 Traversing the lands of Elden Ring can prove to be difficult at night given that it gets really dark, especially in caves and dungeons.

Previously, we only had a torch to help users with that, but it didn’t do the job well considering that it needed to be held by hand, making it difficult to fight enemies in a pinch if you replaced it with a weapon or a shield.

Recently, the developers have made the job easier for us and added a Lantern to the game which attaches you to your waist and frees both of your hands to wield weapons and shields.

This recent update to Elden Ring has bamboozled the players and left them asking questions like; what is the Lantern? Where can we get the Lantern? How do we use the lantern?

Well, we’ve got you covered. In this guide, we’ll answer all your questions and cover everything there is to know about the Lantern in Elden Ring.

Where to buy the Lantern in Elden Ring

The Lantern is a new addition to Elden Ring and provides players with an alternate, better way of illuminating the area around them. Instead of using up one of your hands to hold a torch, the Lantern can do the same job but it attaches to your waist, allowing you to wield another weapon or shield in place of the torch.

Although the torch still does illuminate the surroundings a little bit better than the Lantern, the tactical advantage the lantern gives us makes that downgrade negligible.

You can buy the Lantern from two different merchants as of now, the Isolated Merchant and the Nomadic Merchant.

To make your way to the Isolated Merchant’s Shack, you can start from the First Step of Grace and make your way southeast towards the Bridge of Sacrifice. 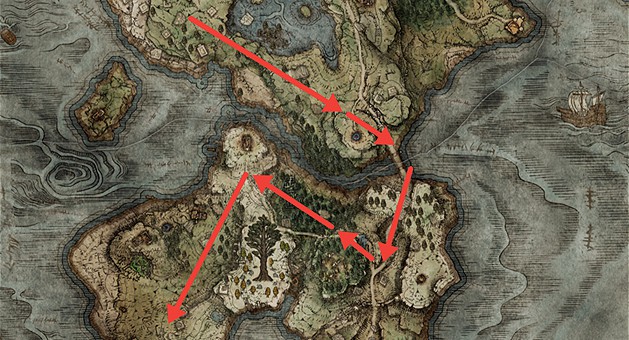 Remember that you can find some enemies along the way, but most of them will be easy to deal with, except the ballista, which looks over the bride. Make your way through the Bridge and continue your path south of the plane until you find yourself at a crossroads.

Here, you need to travel west – from your perspective, it should be the path to your right. If you reach the Ailing Village, you’ll know you’re on the right path. Continue west from the village and you should see a big church called the Church of Pilgrimage.

Now, head south and into the valley down below and you should eventually reach the Isolated Merchant’s Shack, just south of Witchbane Ruins.

The other merchant you can get the Lantern from is the Nomad Merchant in east Liurna, specifically near the Liurna Lake Shore Site of Grace.

Liurna is located north of Limgrave, just on the other side of Stormveil Castle, and can be accessed by battling and defeating Godrick. 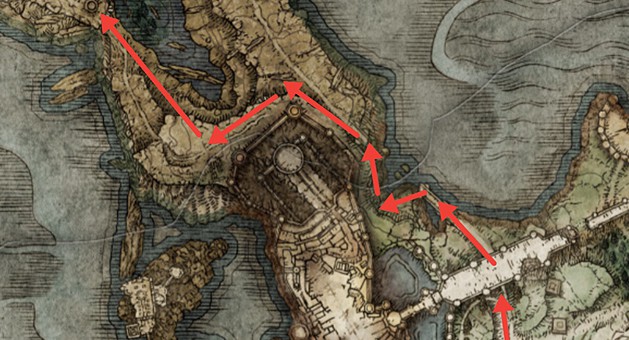 If you, however, do not have access to the castle yet, you can still reach the place by skirting the castle. Let me tell you how.

You’ll first have to reach the Stormhill Shack Site of Grace, which is unlocked after clearing the Stormgate section. Once you’re there, you need to head north, following the path that leads to the castle’s bridge. Now, follow the dirt path below it until you reach the old finger reader, just next to another broken bridge.

Keep traveling north along the trail until you reach the edge. To the west of it, you should find another trail below you which you can drop down to. This trail should lead you towards the other side where you can climb up again and continue heading north.

Now, follow the path next to the mountain till you reach the Lake-Facing Cliffs Site Of Grace. From that point on, you need to follow the path northwest of it and you should eventually reach the Liurna Lake Shore Site of Grace and hence, the Nomadic Merchant.

Both of these merchants will sell you the hand lantern for 1,800 Runes and upon buying it, it would be added to your inventory.

How to use the Lantern in Elden Ring

Now that you’ve got your hands on it, let’s learn how to use the lantern.

Open up your menu and head over to the Equipment section. From there, you can put your lantern into one of your Quick Slots, next to your flasks. You can then leave the menu and switch over to the lantern from your flasks, which you can turn on by pressing the corresponding button (USE button on Playstation).

The lantern in Elden Ring doesn’t use any resources to keep burning, so it’s up to you if you want to keep it on all the time, but do remember that if you die, it’ll be turned off automatically and you’ll have to turn it back on again manually.