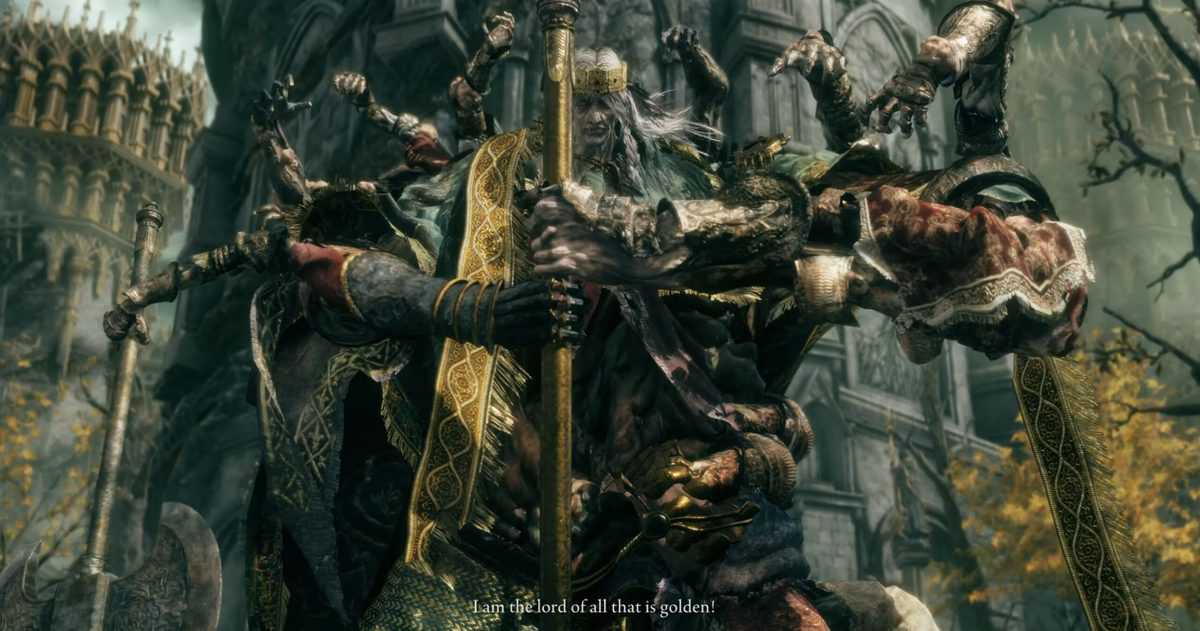 How to defeat Godrick, the Grafted, in Elden Ring

The boss is a tough fight but the recommended level for the boss is not very high. The player can have a fair fight after reaching levels between 25 and 30.

Looking at the boss is not a very pretty sight either. And the chances are that the number of arms that he has could be more than the number of skills you’ll have when you face him for the first time.

Sadly, he makes use of only two of those arms, and the rest are just there to make your legs wobbly.

Godrick the Grafted stands as the lord of Stormveil Castle and gold. This becomes apparent from the giant ax that he carries.

You’ll face this boss in Stormveil Castle, and you need to have a weapon that is at least +3 to have any chances of winning the fight.

There’ll be two phases to the battle, and the second phase will begin after a cutscene when you manage to drain his HP to half.

During the first half of the battle, Godrick the Grafted will have a few melee attacks that you need to watch out for.

The best bet against the boss is Poison and Hemorrhage as Godrick the Grafted is weak against these attacks.

Since the boss is good at close-range encounters, your best bet against him is to use long-range attacks and keep a safe distance.

If you can manage to dodge his attacks with perfect timing, you can get away with melee attacks as well. But if your only defense is blocking his attacks, you need to have an alternative strategy.

You cannot block his attacks, and he can break through all kinds of blocks, no matter how strong your shield is.

There’re a few gravestones in the battle arena, but they won’t be coming to your help either.

If you’re planning on taking shelter behind them, his attacks can also break through the gravestones.

Other than that, you can see his attacks coming from a mile away. The time he takes to build up an attack is a lot.

During the battle’s early stages, he’ll either spin his ax in the air to create strong winds or stomp it to the ground. For now, he knows these two attacks only, and you can spot them quite easily and prepare to dodge them.

However, if you’re using melee attacks and not attacking him from a distance and he manages to hit you, it’ll drain your health a lot since his attacks are quite strong.

Still, to your advantage, if he’s taking time to build up a strong attack, he takes a lot of time to cool down as well before making the next move. This is your window to attack him or drink a potion to replenish your health.

With a bit of strategy and patience, you’ll be able to make it past the first phase of the battle.

Lone Wolves or Skeletal Militiamen are a must-have if you’re planning on making it out alive during the second phase of the battle.

For the second phase, Godrick the Grafted will grow a dragon arm, and he’ll now be able to attack you with fire. This is the first attack that you’ll be witnessing when the fight resumes.

If you’re using long-range attacks, then you need to get as far away from the boss as possible to evade this attack.

If you’re using melee attacks, then you can easily duck beneath the line of fire and attack him while he’s making the attack.

The remaining attacks would stay the same, and they’ll only become more damaging. A single attack can easily take away three-quarters of your HP.

How to beat Godrick: Top tips for success

After you’ve successfully taken down Godrick, you will be rewarded with Remembrance of the Grafted and Godrick’s Great Rune.

You can consume the Great Rune to obtain additional Runes or you can save it and head to the Divine Tower in Limgrave to restore it.

Remembrance of the Grafted can be exchanged with unique weapons or spells if you take it to the Finger Reader Enia.

You’ll also obtain around 20000 Runes after defeating Godrick the Grafted.

Where to go after defeating Godrick, the Grafted

Godrick can be considered Elden Ring’s first major boss, and defeating him unlocks major story points and guides players towards the next main location; Raya Lucaria Academy where the next main story boss awaits your arrival.