How To Defeat Wraiths In The Witcher 3 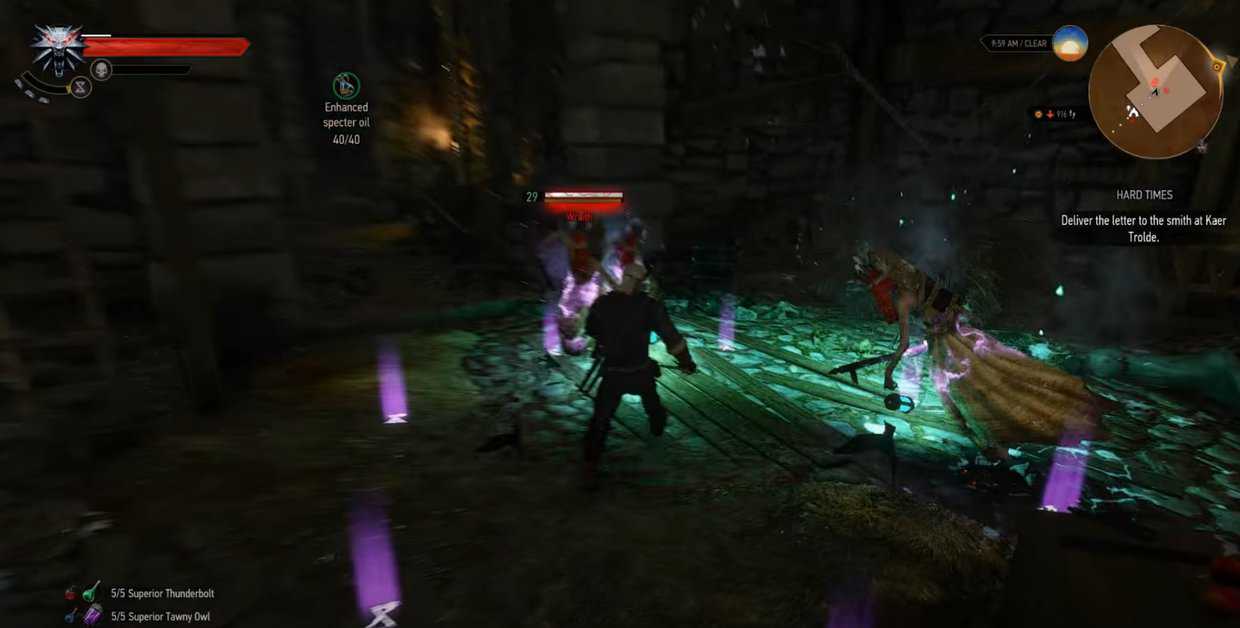 At specific points during The Witcher 3, Geralt comes across ghosts that are haunting the living. These ghosts are Wraiths, which appear near cemeteries or in the homes where they belonged to when they were alive.

Fighting wraiths in The Witcher 3 can be quite challenging as you seem to be unable to hit these ghosts because they have no form. If you are struggling to defeat either a Noonwraith or a Nightwraith in The Witcher 3, we have crafted this guide to aid you.

Where to find Wraiths

The best area where you find wraiths in The Witcher 3 is mainly in regions like White Orchard, Toussaint, Velen, and Skellige.

In any of the above locations, head to the cemeteries, and you may encounter a noonwraith or nightwraith there. They usually spawn close to the places they are buried. So even if you encounter them in a house, it is highly possible that it is the same house where they live when they were alive.

How to defeat Wraiths in the Witcher 3

Wraiths are usually encountered at night, roaming aimlessly through cemeteries of places that used to be important to them in their life before. These suffering souls possess endless hate for the world of the living, so if they come across a living being, they can be pretty reckless.

So, to combat them, Geralt must find other means of attacking these immaterial creatures rather than the usual combination of fire, poison, or weapons constructed to inflict bleeding on their targets.

If you’re worried about the enemy you’re combating not assuming a physical form, then Geralt can force them to assume one by throwing a moon dust bomb or by using Yrden while they are in range. However, it is to be noted that the Moon Dust bomb only renders its ability to form an incorporeal, which means they still possess the ability to teleport.

Now, talking about the attacks they can utilize to inflict damage upon their opponents is somewhat simple yet challenging to deal with. Considering Wraiths are swift in their fighting abilities, they can inflict significant damage with successive strikes upon Geralt.

The weapons possessed by a Wraith consist of a sword and a lantern in the other hand. They utilize these weapons through a spinning attack consisting of three separate strikes. Once caught in this attack, it is hard to escape. This situation can turn even worse if a group of wraiths surrounds you. Since Geralt can get seriously injured if he gets caught up in a flurry of high-damage-dealing attacks.

So to defeat Wraiths in TW3, the first thing that you need to focus on is speed. Speed is something that helps you in countering Wraith’s teleport ability and deal damage to them. As soon as Wraith teleport and appear next to you, you must roll away from it.

Don’t waste any time here; right after rolling, get back and attack it with your silver sword. Wraiths are weak against silver swords, so it is your best option.

Which potions and oil to use against Wraiths?

We will recommend you invest some resources to craft Specter Oil (Read: oil recipes) and cover your silver sword in it. It will increase the damage your sword will deal to the Wraith.

So using Specter Oil to boost the damage is also a great strategy. After that, we have the Blizzard potion which is an excellent brewable potion that will help you a lot in dodging the attack Wraith do right after teleporting. This potion will slow the time and make it easier for you to dodge the Wraith attack.

Reliever decoction is another potion we recommend you use in your fight against the wraiths. This will increase the damage you deal to Wraith and decrease the damage you take from them in The Witcher 3. You can further boost the attack power using the Thunderbolt potion and take out wraiths more quickly.

Wraiths are more dangerous on moonless nights, so it will be better to avoid fighting them on such nights. Other commonly occurring types of Wraiths include Noonwraith and Nightwraiths. These wraiths have specific times of the day, such as night or noon, when they’re the most prevalent and powerful.

For example, catching a Nightwraith during the day will help you defeat it much more quickly than if you come across it at night.

Similarly, all types of Wraiths have the ability to phase through all your attacks, so using Yrden or Moon Dust bombs remains to be Geralt’s top choice when dealing with these enemies. Yrden nullifies magic within its radius so the wraiths end up becoming a solid body that can be hit easily.

If you’ve successfully forced a Wraith to become corporeal, Geralt can use his silver sword upon them to finish them off.

After taking out a Wraith in TW3 Wild Hunt, you can get the following rewards.