How To Customize Your Character In The Witcher 3 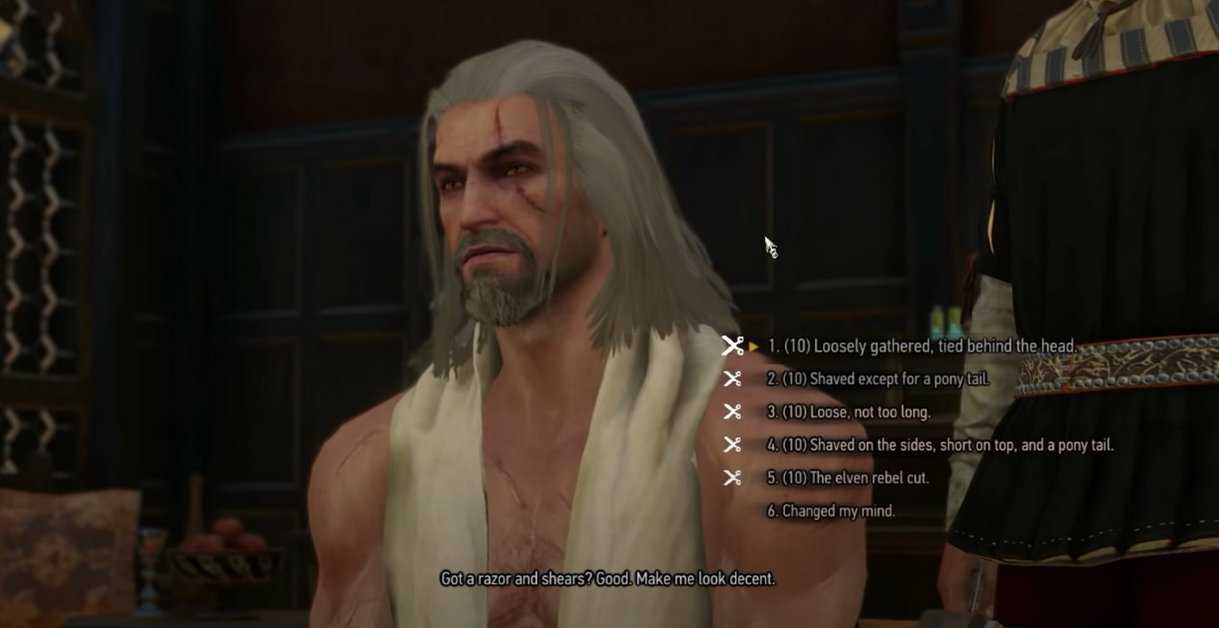 Well, character customization is not a new thing in RPG games. But to customize how your character appears in The Witcher 3, you must do a bit of grinding. There are different ways to modify your character’s appearance in Witcher 3: Wild Hunt, like the DLCs, Barbers, and even some cheats.

Since The Witcher 3 Wild Hunt follows the story of a specific character, Geralt, and you can’t make a fully new character of your own, the character customization options in TW3 are fairly limited because of the lore.

This comprehensive guide will cover all the possible ways you can follow for character customization in The Witcher 3: Wild Hunt.

The first option you get for character customization in the Witcher 3 is installing three out of 16 free DLCs. You will get a customized appearance for the Yennefer, Triss, and Ciri after installing the three free DLCs associated with them.

All you have to do after installing the DLCs is head to the main menu and enter the Options tab to use the new appearance for the characters in The Witcher 3. There you will find the Gameplay option that allows you to select the character whose appearance you want to change. Previously this option is set to Off, so you have to On it yourself.

Customize at barbers in The Witcher 3

The second option to customize the characters in The Witcher 3 is visiting a Barber and getting a new hair or beard style. Before customizing Geralt’s appearance, do make sure to download the Beard and Hairstyle Set DLC or install mods to give you more options. Once you have done so, you can go for a shaved beard or a trim of your choice.

The hair and beard styles will cost you 10 and 5 Crowns, respectively. The only tricky part is that you need to find out where the barbers are. But don’t worry; after giving you a list of beards and hairstyles, we will jump straight to the barber locations in Witcher 3: Wild hunt.

Now that you know details about the hair and beard styles that Geralt can have in TW3, let’s jump into the locations of the barbers.

In Velen, you will find just one barber located in Claywich. But before getting to him and getting a new hair or beard style for Geralt, you must free him from captivity. Once you release him, he will reach the final location where you can go and get a new appearance for Geralt in Witcher 3: Wild Hunt.

You will find this barber in the city’s center just south of the Alchemy. Just follow the mug symbol on the bar to reach this barber and change your character’s appearance in the Witcher 3.

The barber you find in the Skellige is a clothing merchant but will give Geralt a hair and beard cut. You can find Sjusta in the Kaer Trolde Harbor, and he works the same as many other barbers in the Witcher 3.

Svorlag Village is the location of the second barber you will find in the Skellige. He is on the Isle of Spikeroog. Just head to the eastern coast of the village to see this barber in The Witcher 3.

These barbers are available after installing the Blood and Wine DLC pack in the Witcher 3. To find this first barber, head to the Tourney Grounds, and right next to the area where you encounter Shaelmaar, you will find this barber.

The second barber in the Toussaint is close to a lake east of Dun Tynne Castle. But before getting to the barber, you have to take out werewolves and free this village called Basane farm.

To find the third barber in the Toussaint, you must complete the Of Sheers, a Witcher I Sing secondary quest in The Witcher 3: Wild Hunt. After completing the quest, Geralt can also get here to get a customized appearance.

One thing to note here is you will also get a new hairstyle called The Queen’s Pageboy as a reward from Ludovic.

Cheats to customize characters in The Witcher 3

Cheats are the last and most straightforward method you can use to customize characters in The Witcher 3: Wild Hunt. But to use the cheat, the first thing that you need to do is install a new mod called Debug Console Enabler.

After fulfilling the requirements for this mod, install it to access the Debug Console in the game by pressing F2 or ~ key. Afterward, simply putting in the cheat and pressing enter will work. Below you will find all the characters and cheats you can use to change their appearance in The Witcher 3: Wild Hunt.