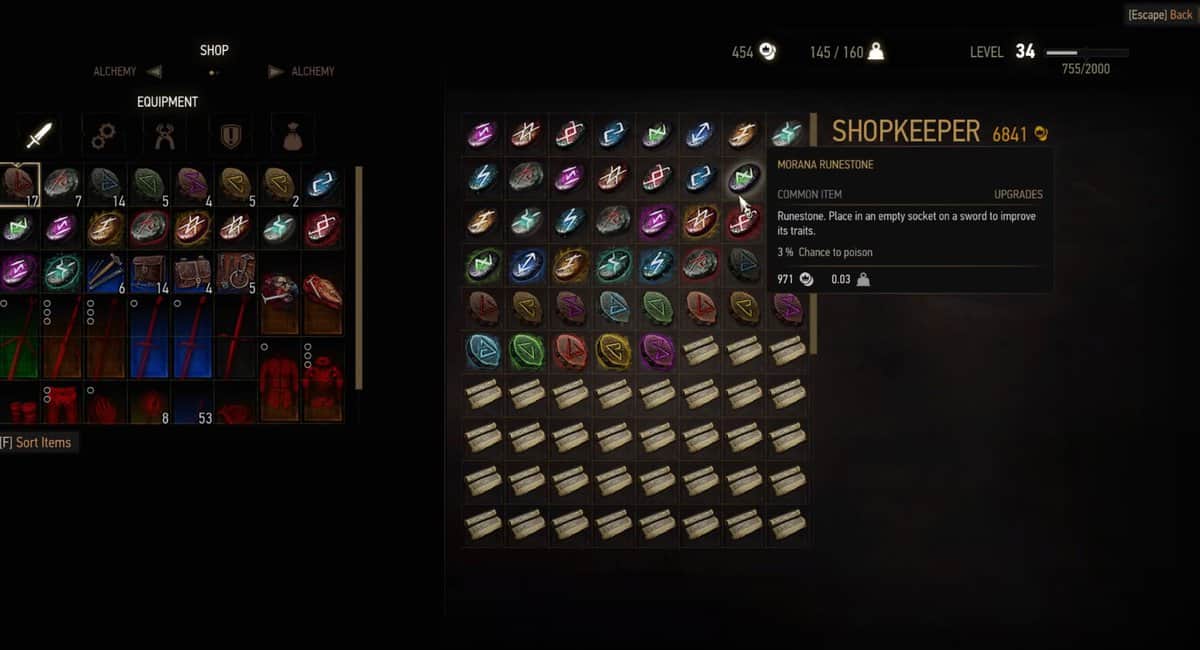 Runestones are gear items in The Witcher 3 that can provide various buffs to your swords to give you a slight edge in combat. Every little bit helps you fight monsters so runestones combined with weapon enhancements like weapon oils will help you easily slay monsters in The Witcher 3 Wild Hunt.

If you trying to figure out how runestones work in TW3 and where you can find all the crafting diagrams to make higher quality runestones, let us help you out.

In The Witcher 3, Runestones can be socketed to Silver or Steel Sword to acquire increased weapon damage or a permanent enchantment. However, one thing to remember before infusing a Runestone into a sword is that you cannot remove it once it’s infused. You have to destroy the weapon to remove it.

Runestones have three tiers in the Witcher 3.

Where to get runestone diagrams in The Witcher 3

Like the three tiers, there are three ways to get Runestones in the Witcher 3, and we will discuss them separately.

If you want to save yourself some time and have ample gold to spend, buying runestone diagrams is the quickest and easiest way to upgrade runestones in The Witcher 3.

You will find different treasure hunt quests and chests as you progress through the game. There is a high probability of finding some runestones in them if you explore the surrounding areas.

The last method you can use to get some runestones in TW3 Wild Hunt is crafting them using the diagrams. Crafting runestones in The Witcher 3 is quite similar to weapon crafting.

All you have to do is get its diagram, head to the blacksmith, and get a runestone crafted. The only difference you will find is the diagrams for the runestones are not available at different places, and you have to buy them from various merchants.

Now that you know complete details about runestones in The Witcher 3, let’s talk about all the runestones, their recipes, their effect, and the merchants who sell them.

How to use runestones

In this way, you can deal more damage to the enemies. For example, if you are fighting enemies that are weak against fire, then using the greater Dazhog runestone is the best option you have in TW3. Just like that, shortlist the runestones by looking at their effect and the enemies you face.