Best Combat Mods For The Witcher 3 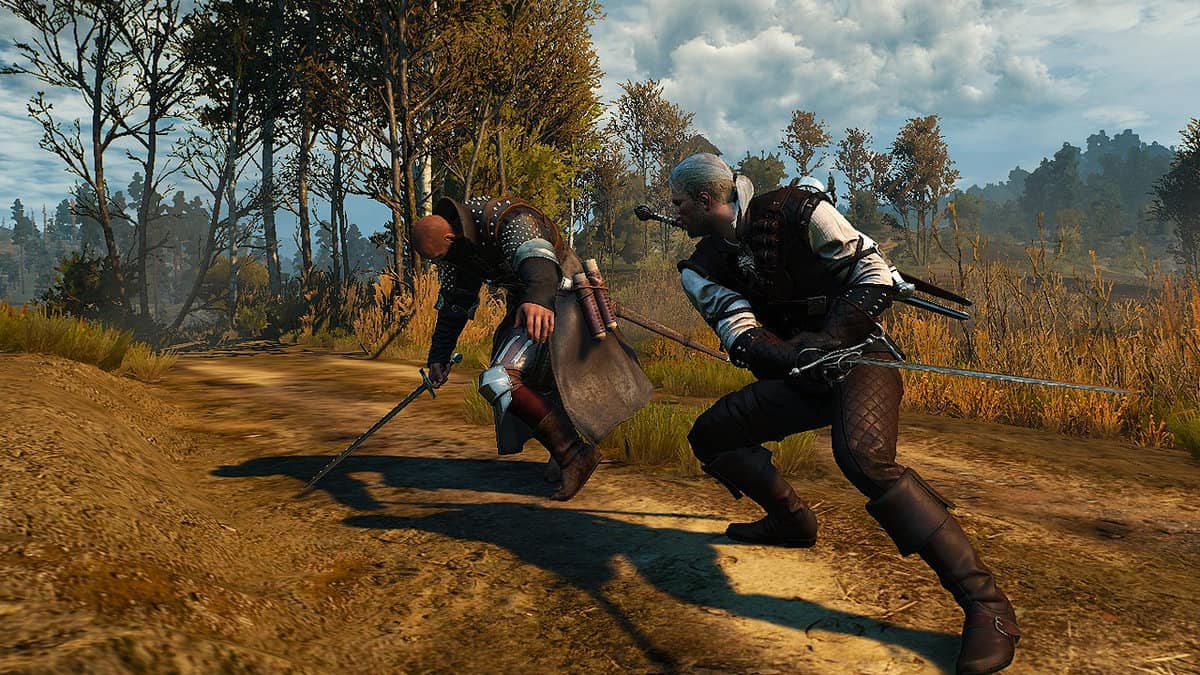 The Witcher 3: Wild Hunt is a fairly old game, yet one like no other! The game offers a realistic world with brilliant graphics and an exciting, complex combat system. However, with time players have become veterans in combat, and it doesn’t seem to be that fun anymore.

Well, thanks to modding, you can now tweak and change the combat system into something more challenging. There are a ton of mods to choose from that aim to provide a better, harder, or smoother combat experience.

Some mods might change the way the monsters act to make them stronger, while others make Geralt a bit weaker to make matters even. As such, it may become difficult to choose the best Witcher 3 mod.

If such is the case, then worry no more! As in this guide, we have a selection of some of the best combat mods for The Witcher 3.

At the top of this list is the Better Combat Evolved mod which addresses the decreasing difficulty curve of the game as you progress through it. Overall, this mod completely reshapes the combat mechanics and makes it more challenging, all while also increasing the rewards that you gain from them.

With this mod, the combat not only becomes more difficult, but its mechanics are also a bit more realistic. Toxic potions are now a lot more potent and Geralt’s armor effectiveness is also reduced by 25%. Moreover, practically everything you now do costs stamina, which includes light and heavy attacks, rolling, blocking, etc.

Geralt faces a few setbacks, but on the other hand, the enemies receive a major bonus. Foes will have higher and improved stats. They will also be smarter and behave according to the situation at hand. They will be more aggressive if they’re in groups – less if they’re alone. Similarly, bigger enemies will block your attacks more often, while the smaller enemies will tend to dodge them.

The Better Combat Enhanced mod functions in somewhat a similar way to the previous one. The purpose of this mod is also the same – to reshape the combat mechanics and make it harder, but it’s mainly built for a second playthrough of the game.

This mod makes a few changes to the skill tree, allowing you more freedom with your builds. Perhaps the most major change with this mod is that Geralt’s Signs are now cheaper to cast, but will also be a lot less potent – especially the Quen Sign.

This changes a lot of things. Melee attacks and Signs in themselves will not be enough to defeat monsters. Stamina regeneration is a lot slower as well – especially in the guard stance. Keeping these changes in mind, you will now need to be on your toes and formulate better strategies where you use attacks and signs together.

Moreover, the mod applies different difficulties to different parts of the game. The main story isn’t affected that much, but you will find the Broken Bones and the Death March difficulties even more challenging than before.

The Enhanced Edition mod reshapes the combat mechanics of the game to make it a lot more like The Witcher 2’s – which was much more challenging and engaging. Moreover, it also changes a few of the exploration and economy mechanics.

However, the overhaul of the combat controls is the most important factor with this mod. The attacks you make and the enemies you mark will vary as you move the camera. It offers a manual targeting system that allows you to direct your attacks to the center of the screen. Do note that the controls can still be changed from the settings.

Overall, this mod makes the gameplay a bit more realistic and immersive and makes combat, much more skill-based than you could imagine.

The Improved Sign Effects mod doesn’t really change any combat mechanics, as in making them harder or easier. But as the name indicate, the focuses on the Sign’s graphical realism.

Although this may not seem much on its own because the Signs become somewhat insignificant later on in the game. If it is used with other mods like Better Combat Enhanced, then you’re in for a whole new realistic and visual combat experience.

If the previously mentioned mods don’t make combat hard enough for you, consider pairing them up with the No Inventory Access During Combat mod.

As the name of the mod implies, you will not be able to switch to anything in your inventory while you are fighting enemies.

This will force you to either use the weapon you have equipped while entering the fight or the one you have quick-slotted. This is a fairly simple and small mod, yet drastically alters the combat difficulty since your other, and potentially better, better becomes unavailable to switch to in combat.

If you’re looking to alter combat difficulty by just a little bit while keeping a majority of the vanilla system, then the Stamina Regen Nerf might be the one you’d want to go for. Stamina management is an important factor while fighting in the Witcher 3, but learning to do that is very easy.

Later on in the game, stamina might not be an issue for most players and that is where this mod comes in. This mod raises the cost of Stamina for blocking and prevents you from spamming Signs. Moreover, the time taken to regenerate Stamina is drastically increased. Geralt will soon find himself out of breath and unable to block/dodge incoming attacks, which makes any foe a lot harder to deal with.

The Ghost Mode mod focuses mainly on combat realism and balancing along with fixing a few bugs from the vanilla game. This mod makes combat a bit more difficult, but not by a lot since it’s meant to keep the gameplay as close to vanilla as possible.

The mod organizes the armor into 3 different tiers – light, medium, and heavy. Geralt’s movements will be affected by the kind of armor worn. That said, heavy armor will cause an increase in the stamina reduction rate.

Moreover, the stamina is further limited with attacks and Signs as they use much more than the standard amount.

Overall, this mod means to make the combat system more realistic and strategic without straying too far from the base mechanics of the game.

This mod makes the enemies a lot more dangerous and fights with them, a lot more exciting. Unlike the previous mods, the MEID does not decrease Geralt’s fighting capabilities in terms of stamina or Signs but instead makes the enemies way more powerful. With this mod, a mere Drowner would be able to kill Geralt in a few strikes.

As such, this mod emphasizes the proper use of your armor – so make sure you put on your best gear before you head out to face any monsters. With such a small change, the fights become drastically difficult and intense, and your attack strategies significantly changed.

Unlike the other mods mentioned in this list, the No Fall Damage mod does not make combat harder but instead makes it easier to some degree.

As the name implies, Geralt is basically on steroids with this mod when falling from heights. Although this mod may not seem to have a huge impact on the combat, it eradicates the constant frustration from making minor mistakes like rolling off a cliff during one.

Moreover, since you do not take any more fall damage, you’re in for a fun experience freely traveling across the map.

We’ve all gone through one thing in this game for sure, and that is completing a quest to unlock a weapon and then not being able to use it for a fairly long time because we’re not meeting the level requirements yet. Even when we do meet the weapon requirements, that weapon is basically worthless at that point.

The Remove Weapon and Armor Level Restrictions means to take care of this problem, as its name implies. With this unbalanced and frustrating mechanic now removed, you can choose any weapon and armor you like in the game and test them out without having to grind for XP first.