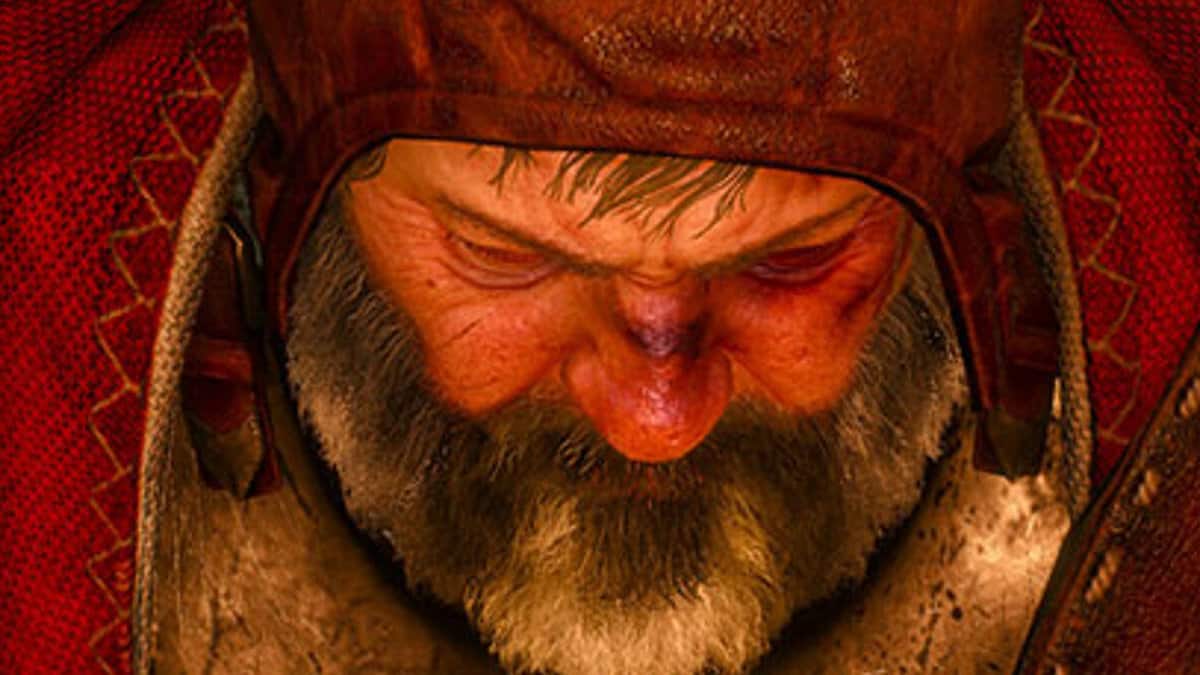 Family Matters is hailed as one of the best story quests of The Witcher 3: Wild Hunt. You will approach Baron Phillip Strenger, also known as the Bloody Baron, for help in finding Ciri after reaching Velen in the first act of the game.

However, the Baron has a task of his own. He will only help you if you help him find his missing wife and daughter. The quest starts out fairly straightforward except that nothing is as simple in the Witcher franchise.

Your search will lead you to some horrible secrets of the family and the doings of the Bloody Baron. Do note that this is one of the longest quests of the game. Your search for his family will require you to travel all over Velen, so make sure to discover every signpost in your travels to fast travel.

The following guide will tell you how to complete Family Matters in The Witcher 3: Wild Hunt as well as what choices to make for its various outcomes.

The Bloody Baron can be founded at his keep in Crow’s Perch. Follow the bridge from the Crow’s Perch signpost to enter the gated town and make your way north into the courtyard of sorts.

Go past his guards in whatever way you wish and speak with the Baron. You will find him extremely disturbed over his missing family. He will make it clear that unless you find his wife and daughter, you will not get a single clue about where Ciri has gone.

Once you are ready, the Baron will lead you to the bedrooms of his wife and daughter. Here, you must use your Witcher Senses to find any clues to their whereabouts.

The daughter’s room only contains clues to their backstory. The main clues you are looking for will be found in the Baron’s room. Interact with every glowing object and then follow the scent to discover a talisman that Tamara had to ward off evil magic.

The Baron will deny knowing anything about the talisman. He will suggest you go visit the Pellar and Keira Metz for more information.

You only need to visit the Pellar to advance Family Matters. If you decide to go to Keira, it will only start a lengthy secondary quest that has more to do with the final battle against the Wild Hunt at the end of the game than the Baron’s family.

The Pellar’s hut is north of Blackbough, west of Crow’s Perch. When you reach there, you will find the Baron’s men already there. You will have two choices here.

You can either pay them to leave or fight them. Either way, speak to the Pellar afterward and he will ask you to find his precious goat named Princess in return for information.

Once you return his goat to him as part of the A Princess in Distress side quest, the Pellar will reveal that the Baron’s wife and daughter were not taken. They actually escaped in the middle of the night due to the Baron’s abusive nature.

You will also get to know that Tamara suffered a miscarriage at the hands of the Baron. That dead baby was buried by the Baron near Crow’s Perch. However, due to the nature of the tragedy, the corpse has returned as a Botchling, an undead fetus.

Confront the Baron about his lies

Return to the Baron and you will find his entire keep on fire. If you want to earn some extra gold, rescue the stablehand named Oswin first before heading inside the keep.

The Baron is drunk and aggravated. He will attack you onsight. Use your fists to defeat him and he will start telling the real story behind his family’s disappearance. You will finally get to hear the Bloody Baron confess to his anger issues.

Now you have two options. You can either give the Botchling a proper burial to remove the curse or kill it and give its blood to the Pellar.

Lifting the curse gives the best ending to Family Matters. The Baron will accompany you on this task as he should. You will have to fend off some Wraiths while the Baron takes back the Botchling for a proper burial.

Do note that during the fighting, the Botchling may become enraged. You need to keep it pacified or else you will have no choice but to kill it, which will make it impossible to lift the curse. Hence, cast your Axii sign to ease the Botchling once you defeat the Wraiths.

When the Botchling is finally buried, the curse will lift. Meditate to fast-forward a day and night to see a Lubberkin (a friendly guardian spirit) rise from the grave.

The spirit will lead you to the missing wife and daughter. Simply follow the spirit to reach a house outside of Crow’s Perch. Unfortunately, the house is empty but with signs of an attack. The Baron’s family was here at some point but the corpses of their horses suggest that something attacked them.

The Lubberkin will then lead you to another location, a fisherman’s hut.

If you decide to kill the Botchling instead of lifting its curse, follow through the same route as above but this time use your silver sword to hack it down. Do note that you need to cast Axii when the Botchling starts to regenerate its health.

Once the Botchling is dead, take a vial of its blood and head to the Pellar. He will lead you into the forest to perform a ritual that will point you toward the fisherman’s hut.

Whichever decision you make, you will end up at the fisherman’s hut. Speak to the people here to know that Anna, the wife, was taken by a beast. However, Tamara, the daughter, is completely safe in Oxenfurt.

You will now have two choices. You can either return to the Baron with the new information or head to Oxenfurt to find the daughter first.

If you speak with the Baron first, he will give you a doll to give to Tamara when you find her. That is all there is to the choice you make here.

This is an optional objective. If you want to meet her to know her side of the story as well as to confirm she is safe, head to Oxenfurt. If not, go to Crow’s Perch to talk to the Baron which will automatically fail this objective.

If you are reaching Oxenfurt for the first time, you will first need to complete the Thou Shalt Not Pass side quest to enter. Tamara’s house will be marked on your map. When you finally find her, she will tell you that she will never return back to her father, the Baron.

You can bring up the doll that the Baron gave you but Tamara will not care.

Speak with the Baron

It is finally time to conclude this long quest. Find the Baron at his Crow’s Perch keep and tell him all that you have gathered about his wife and daughter.

He will be sad that his daughter has decided to not return but regarding his wife, the Baron will be adamant that you find her or else you will get to know nothing about where Ciri is.

Now, the Family Matters quest will go on a hiatus at this point. You will have to go to Crookback Bog to complete the Ladies of the Wood quest. Once that is done, return to the Baron with information on his wife to end this questline.