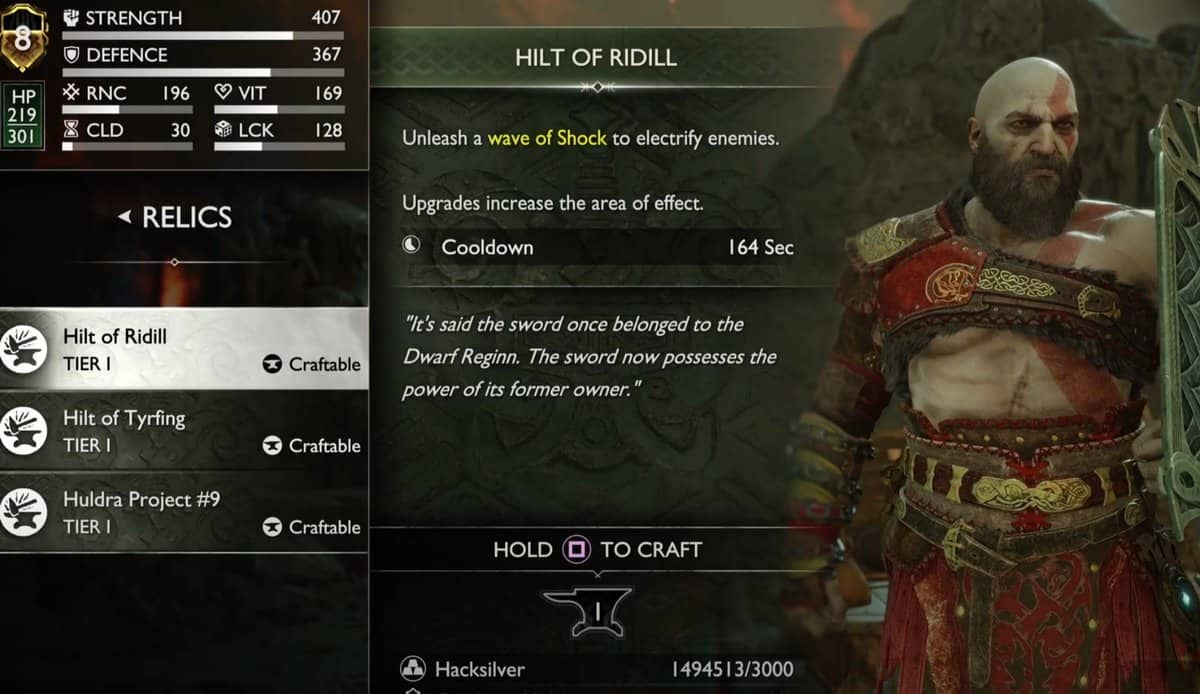 Relics are new equipable items in God of War Ragnarok that can perform a variety of new effects during combat such as runic attacks. These attacks have lengthy cooldowns so they’re not too overpowered however they are still highly effective and desirable.

There are multiple ways to acquire relics in GoW Ragnarok, either as part of the main story or through various Favors and crafting.

Here are the locations of the 14 relics and sword hilts you come across in God of War Ragnarök and how to obtain them:

Here are the locations of the relics that you can find and their abilities:

Location: Svartalfheim, the first relic you get in the Main Story.

Location: Alfheim, Temple of Light in a legendary chest

Bonus: Gives you a burst of rage and you can now stun

Bonus: You can throw bifrost projectiles at an enemy

Location: Alfheim, and you get it as a lost page you can use to craft. The lost page is dropped by Gravel Belly in The Desert Door Favor

Bonus: Attacks with waves of light

Bonus: You unleash a shockwave on enemies

Location: Alfheim. Kill Ormstuga miniboss at the end of Alberich Hollow to gain Svefnthorn which is needed to craft the Hilt of Dainsleif.

Bonus: Slam it into the ground to create a poison effect

Location: Vanaheim, The Abandoned Village. Defeat Blatonn for Nar’s Cup which is needed to craft Hilt of Tyrfing

Bonus: Lose health and deal that damage on a target

Location: Vanaheim, The Plains,. Dropped by the second of the three Oath Guard minibosses.

Location: crafted at the blacksmith

Bonus: Use Mimir’s head to create a bifrost beam

Location: Niflheim, The Raven Tree. Collect all Odin’s Ravens to open all the legendary chests which will eventually get you the Hilt of Forsbrandr as a boss drop.