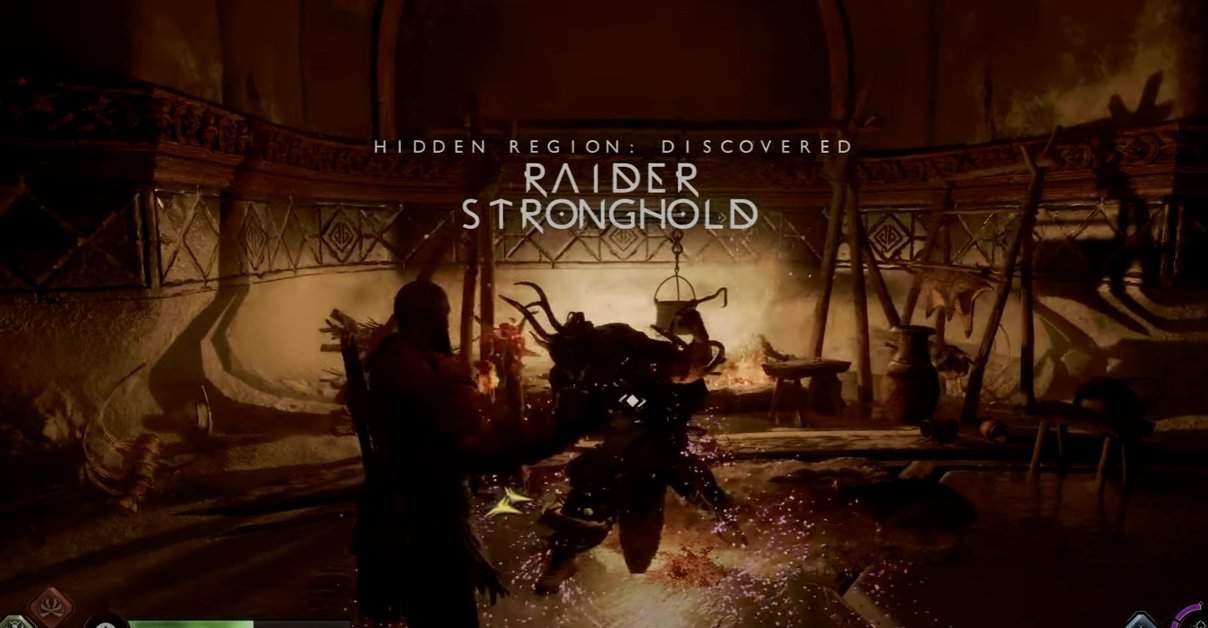 One of the side quests in God of War Ragnarok has Kratos going against a bunch of raiders and wiping out their hideouts to make the lands safe. This favor, Animal Instincts, in God of War Ragnarok takes place in Midgard and players have to find four Kol Raider Camps and kill the enemies within. This will also unlock the Besties trophy for completionists among you.

The quest starts as Kratos reach Lake of Nine after returning to Midgard where he will see wolves being killed by these Kol Raiders which you see around the map. Therefore Kratos take this favor, find all four Kol Raider Camps and destroy them.

In this guide, we will provide a complete walkthrough for Animal Instincts Favor. This will include the locations of all four Kol Raider Camps and how to kill them at each location.

We have given the location of each raider camp in GoW Ragnarok as well as details of the type of fight that awaits you at these camps. Thankfully all these raider camps are around Tyr’s Temple so you don’t have to travel a lot.

You must travel to the west side of Tyr’s Temple to find this one. It is openly accessible on the left side of the large ice lake. Therefore, there won’t be any kind of hidden entrances that you need to search for, and it will be pretty obvious.

You will encounter the usual enemy types who will attack you from all sides. To finish this raider camp as well, kill them all.

The cave entrance will be inside the mountain wall, and you must travel south of Tyr’s Temple to find it.

The entryway will be visible due to all of the spikes that will be placed around it as you can see in the picture added below.

You will still have to deal with the usual enemies here, but at this location, players need to fight with Oluf Nautson who is the boss.

The boss will attempt to assault you while holding a large beacon in his hand. To kill him after the battle, you must seize the beacon and assault his neck.

There will be a wall in this area and along this extremely long and congested wall, walk to the right. Once you reach the end of it, you will see an opening to a cave on the left side that appears as follows: Just get inside and you will get to battle all of the enemies inside.

This is a simple Raider camp that you can take out in a few minutes because there aren’t many adversaries to defeat.

This one will be in the middle, near the large dome-shaped building in the center. It will be accessible only by a very narrow entrance, which you must locate.

Inside this camp, there will be a lot of foes, so take precautions and practice your AoE strikes. They will all be in a circle position, so they will approach you simultaneously from various locations.

Once you have eliminated them all, the raider camp will also be destroyed. Once all the Kol Raider Camps are cleared, head back to your wolves. This will complete the Animal Instincts favor in God of War Ragnarok and unlock the Besties trophy.