How To Defeat Berserker King Hrolf In God Of War: Ragnarok 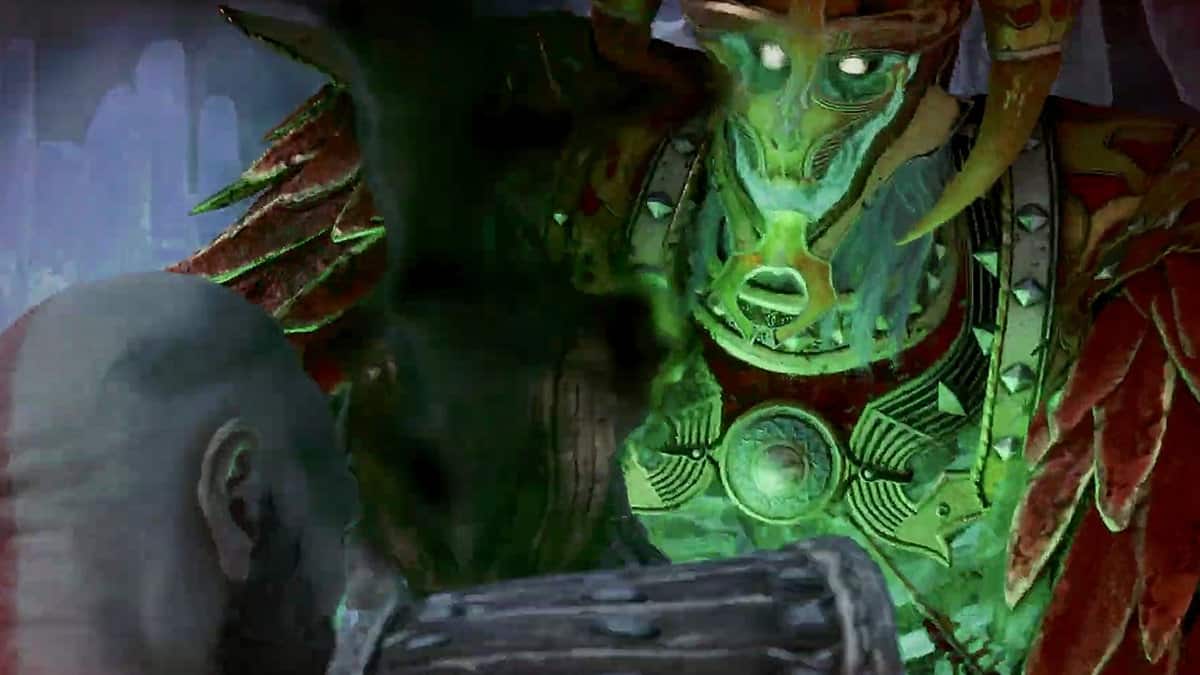 King Hrolf Kraki is the final Berserker you face as part of the Fit for a King favor in God of War: Ragnarok.

This side quest is the same as the Valkyrie hunt from the first game. The only difference now is that you will be vanquishing ghostly Berserkers across all nine realms to put their souls to rest.

You can start the Fit for a King favor after obtaining the Inert Hilt of Skofnung. The Hilt allows you to interact with Berserker Gravestones that are scattered all across the realms. When you come across a Gravestone, use the Hilt to spawn its Berserker mini-boss.

King Hrolf is the toughest of all Berserkers. You should be at least level 9 to defeat him. That means upgrading all of your gear to the maximum.

The following guide will tell you more about how to defeat King Hrolf in God of War: Ragnarok.

Return to King’s Grave in Midgard, the same place where you began your quest to vanquish all of the ghostly Berserkers in God of War: Ragnarok.

If you have defeated all of the other Berserks, King Hrolf will be waiting for you at his Gravestone.

Hammer Swing
This attack will only be done by King Hrolf when you are in close range of him. This attack will start with multiple swings of the Hammer in all directions and then, he will slam it down on the ground.

King Hrolf will do the Hammer Swing attack multiple times in a row. This attack can easily be prevented by dodging it in the opposite direction of the swing.

Energy Burst
King Hrolf will do an attack in which he will send a sudden burst of energy to the opponent. The Energy Burst attack will be done once or twice in a row. Although this attack is short-range, he can also pair it with Block Arena to make it across the arena.

He will also do a straight-line element attack to release a beam of bolt toward you. You can easily avoid this attack by dodging it, but the Quad Bolt Attack is not lockable.

Area of Effect Attack
King Hrolf can also do the Area of Effect attack with three different elements named Flame, lightning, and Frost. When he will do the Flame and Lightning AoE attack, the attack will appear on danger zones scattered all over the battleground.

In the case of the Frost attack, the danger zones are bigger but will only be in three places in the battleground. You can avoid these attacks by dodging or by throwing the Draupnir Spear in between the attacks.

Bifrost Energy Attack
King Hrolf can deliver an attack in which he will use Bifrost Energy to charge up the air. This attack will have coverage of the whole battleground.

You can easily avoid this attack by throwing detonating spears or axe at King Hrolf. That way, the attack will finish early.

Shield Strike Attack
In this attack, he will smash his weapons with each other to create damage that spreads all over the battleground. King Hrolf can do this attack short-range as well as long-range.

You can easily avoid this attack by using the Shield Strike attack of the Onslaught Shield. The shield has the ability to block this attack even after initiation.

How to beat King Hrolf

Nearly half of the attacks of King Hrolf are unblockable, meaning the only way to avoid them is by dodging them. He will deliver his close-range attacks very aggressively and soon after that, he will travel back to maintain distance.

The best way to deal damage to King Hrolf is to do a combo attack of Runic, Companion, and Spartan Wrath attacks. To block King Hrolf attacks, you can use Berserker Armor which will also make the cooldown process faster after the attacks.

You can use Charged Draupnir Spears to deal damage when he is at long range. The charged variant of these spears will also detonate after hitting to deal extra damage.

To heal your health during the fight, you can use Greater Regenerating Essence as well as Health Crystals.