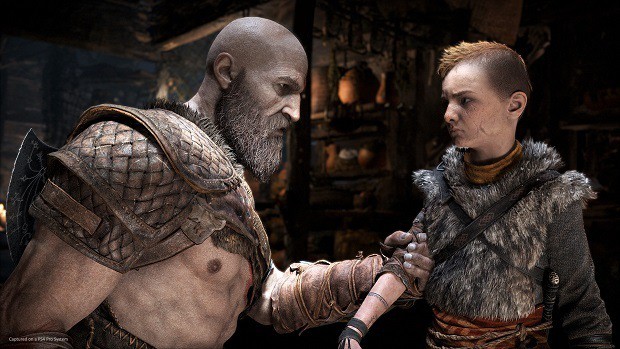 Since the Crafting System in God of War is a brand-new addition, many people may actually want to learn how crafting Weapons, Armor, and Equipment works. It goes without saying that Crafting and Hacksilver go hand-in-hand, some of you might be wondering how to farm some easy Hacksilver which is where our God of War Hacksilver Guide comes in.

With the help of our God of War Hacksilver Guide, you will be able to better understand what Hacksilver actually is, what it does, and how to farm it most efficiently in God of War for Playstation 4 and PC.

As is the case with almost every single Crafting System that exists in any game, you need some sort of currency to help you craft your desired pieces of equipment.

The Hacksilver is a currency that you have in God of War that is mainly used at the Blacksmith so that you can craft weapons, armor, and other pieces of equipment.

Hacksilver can be earned in many ways and can be spent on things such as armor. You need a lot of it as any good armor goes for around 10,000 Hacksilver and more. As you progress in the game, the items will also cost more so you always need to be earning Hacksilver if you want to progress forward.

How to Use Hacksilver in God of War

In God of War, the main use of Hacksilver is to upgrade your armor, weaponry and other equipment. As in God of War, your character level depends on the level of your equipment, it will be really crucial for you to keep upgrading your items so that you can take down tougher enemies with ease.

Hacksilver is used at Blacksmith to craft weapons, armor, and other pieces of equipment and also upgrade them.

Let us go ahead and see how to farm God of War Hacksilver quickly.

How to Farm Hacksilver in God of War

To easiest way to get your hands on a lot of Hacksilver is by Finding the Treasure Maps and digging up the loot.

If you have played open-world games such as Monster Hunter: World and Assassin’s Creed: Origins before then you would feel right at home doing these. You have to decipher various different clues to try to find the Treasure Chest.

In order to access the Treasure Maps, go to the Goals Menu and select the aforementioned section. This will bring up a notebook that you can use to find the quests and their rewards.

It is important to remember that these hunts are much more difficult than you would be accustomed to in other games and will have a fair amount of puzzles and enemies in your way.

You can also obtain Hacksilver by increasing your Luck stat. Luck can be increased in the usual way and by wearing better Armor and Enchantments.

You can also earn Hacksilver using the small wooden chests that are available. They can be quite easy to break and offer small rewards, but if you find them, you can open them up to get anywhere between 500-1,500 Hacksilver for yourself. The stone chests which need to be pried open will have bigger rewards.

Looting enemies will reward you with Hacksilver as well. Apart from that, you will be able to find them randomly throughout the world in areas such as caves and ruins. These piles are quite small and will usually have between 10-1,000 Hacksilver.

By Defeating an Enemy for the first Time

Lastly, remember that whenever you defeat a creature for the first time, you will get a small reward for it. The reward will be in both XP and Hacksilver. For this method, you can expect to get between 100-1,000 Hacksilver for Defeating an Enemy for the first time.

Selling goods, relics, and leftover gears is another method to swiftly acquire Hacksilver. It is critical that you collect everything you come across along the route because you may come across objects and relics that you may sell to Brok or Sindri for a substantial sum of Hacksilver.

How to Convert XP to Hacksilver

In God of War, you can also convert XP to Hacksilver in NewGame+ mode. In order to convert your XP to Hacksilver, head to the ‘Sell Resources’ tab in the shop and there you will have the option to exchange XP for Hacksilver.

The XP and Hacksilver have a straight exchange ratio of 1:1, meaning that if you exchange 10,000 XP, you will get 10,000 Hacksilver in return.