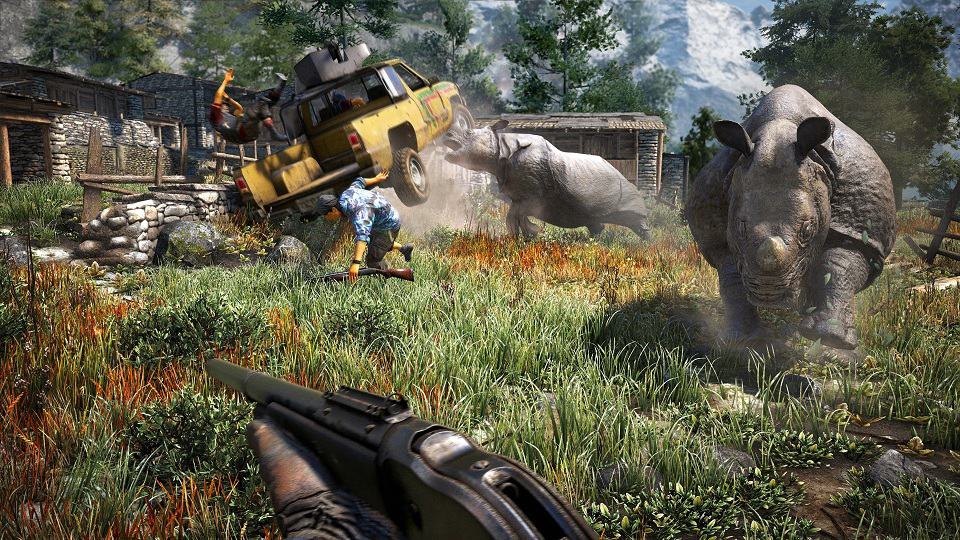 Apart from the main storyline and the missions, Far Cry 4 has a lot of other stuff to keep you busy for a quite a while. There are numerous types of Quests and Activities that you can take part in. The one we are discussing here are Armed Escort quests.

Pagan Min’s soldiers will not let any supplies get to your allies. However, the Armed Escort quests will put you in the passenger seat of the supply trucks. You and the driver have to get through the enemy waves – or should I say, you have to.

We have listed down the number of quests that you will find alongside their map coordinates, details on the enemy waves and advice where required.

The first thing you need to do after you reach the truck is to pick up the rocket launcher. There will be two waves, the first one comes from behind consisting of one technical and explosive barrels road block up front.

The second wave will bring two technicals, one from either side. You can go and get an ammo crate while the driver waits but a third technical will come up shortly from behind you.

Let’s jump straight to the action; you will get the first wave of enemies in the form of a single technical from the right, the second wave in the form of road blocks on right, left and right combined with a technical ahead.

There also will be a mounted gun on your right side so watch out as you smoke the barrels first. The last wave consists of two technicals and enemies on foot. While the enemies will come from the left, both the technicals approach you from the back.

The first wave has guards standing around explosive barrels and a road block on the right. Hit the barrels with the grenade and half the job is done.

The last wave will be better suited if you get off of the truck when you are told about enemies in the road. There will soldiers spread out randomly, a heavy gunner on the right side, a sniper on the second floor of a building on the road’s left and a truck of enemies on the road.

Try and take out thee enemies by sniping as much as you can and then take the truck in when the view is a little clearer.

The first wave actually looks like an accident but really there are two technicals with soldiers up front and some more soldiers on the left and the front.

The second wave will stall the truck. Get ff and locate a machine gun on your right. Use it to take down the three technicals that will appear ahead. Also pick up the ammo crate.

Last wave is actually a checkpoint where you are met with a technical. This will be followed by some more soldiers ahead and then some more on the left side.

The first wave will meet you dead ahead in the form of a fake accident and then another on the left.

Next wave will bring a roadblock and a technical straight ahead that could be accompanied by an elephant. Once you are done with these you will be met with another technical a little to the left.

The last wave is actually a checkpoint straight ahead and on both the sides of the road. This will be topped with a technical coming in from the left.

This one is in the river on a boat with a machine gun where you will reach using your ATV. Firstly you will get enemies from the shore on the right and two RHIBs; the first comes from straight ahead and the second from behind.

The second wave is comprising of two RHIBs ahead and enemies on the left shore.

Lastly, you have two boats on the front accompanied by enemies that will be stationed at an island on your right.

The first wave has three technical coming from front, left and back – in that order. This will be followed by an ATV and a heavy gunner straight ahead.

The last wave here has a heli on the front that you can take down with a grenade to the belly.

This one has two large waves. The first one has two ATVs and a truck coming from the back. After this you get a vehicle on the left once your truck takes a right; followed by two ATVs front the back again.

The second wave starts in the tunnel. You get the first technical from the back, another when you get out of the tunnel and a third from the right side. Then there will be another ATV coming at you from the front.

If you have survived all that, the last group will bring in two ATVs and two technicals from the front all coming in together.