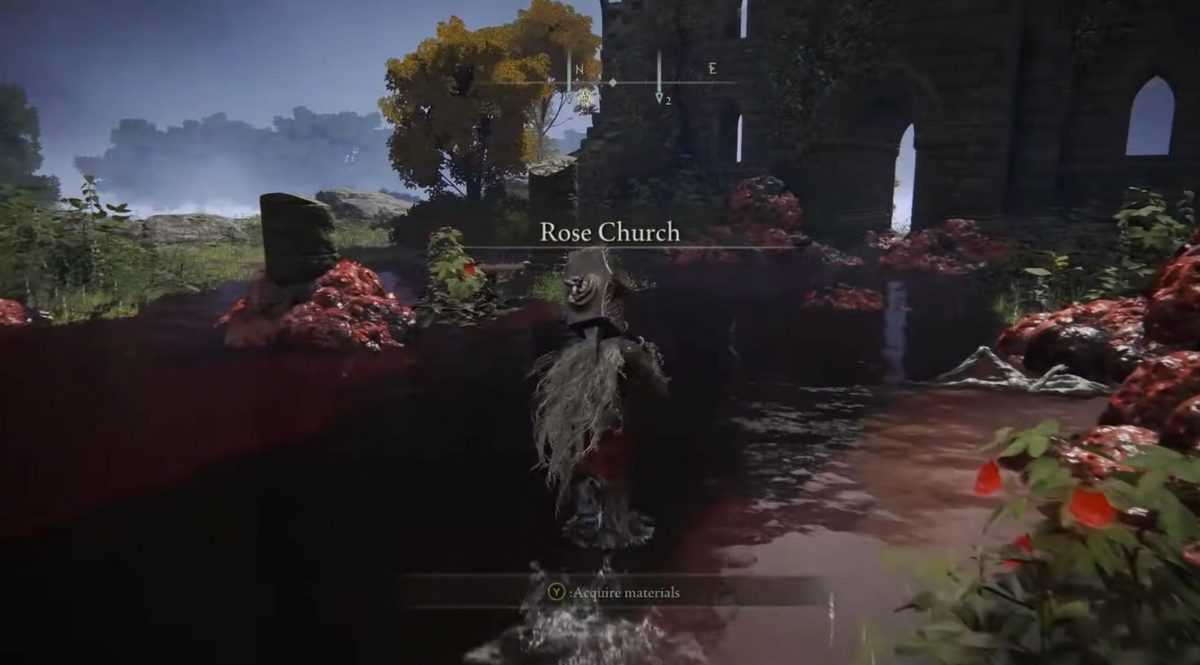 The Rose Church is one of the many dungeons in Elden Ring that you’ll visit at some time when completing a specific questline. The dungeon is home to a resident NPC who grants you the Nomadic Warrior’s Cookbook, Bloody Finger, and the Pureblood Knight’s Medal.

Although not much is found in this location, it’s still considered a path to the game’s completion. In this guide, we’ll show you how to get to Rose Church in Elden Ring

There is actually very little reason to visit the Rose Church. The location consists of a single questline in which each player is granted a multiplayer feature through which they can invade other players, making this a non-obligatory Elden Ring location to visit until it becomes a part of the storyline.

You can find the Rose Church just off the main road. For exact directions, players will need to find most of the map pieces for Liurina which opens up after defeating Godrick.

Find enough map pieces and players will come to know that they have to go south from Raya Lucaria Academy and north of Stormveil Castle to reach the border of Limgrave.

The image below marks the exact location of the Rose Church on the map. 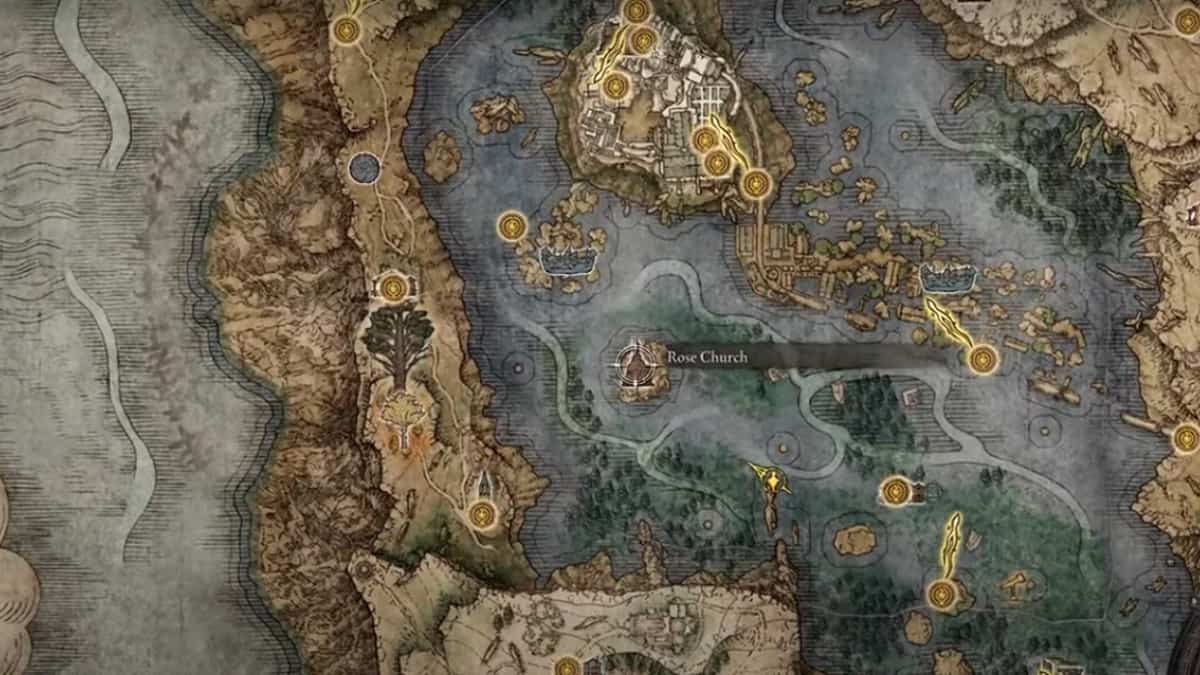 Once you’ve passed through the lake to reach the island, the Rose Church is found straight ahead. The church can easily be identified from the distance thanks to the red flowers in the area.

Varre will be already there, sitting outside of the church. Speak with him to begin Elden Ring Rose Church Quest and unlock the ability to invade other players in the game.

White-Faced Varre is the first NPC you will encounter in Elden Ring. He is located near the first Site of Grace you’ll discover in the open world. To begin Varre’s quest in Elden Ring, defeating Godrick is a prerequisite.

However, be prepared to encounter a Sanguine Noble Assassin who appears at the central section of the Rose Church along with several Albinaurics outside the walls. The Assassin drops a Bloodrose upon defeat as another item in this area for you to collect.

Once the assassin has been killed, return to Varre after defeating Godrick at Stormveil Castle to kick off things. Exhaust his dialogues and proceed to the roundtable hold to speak with Finger Reader Enia. Varre will then meet you at Rose Church.

Head to the Rose Church to proceed with the quest. There, exhaust his dialogues and he’ll give you Festering Bloody Fingers and tell you to invade three tarnished.

For the sake of the quest you only need to invade three players and the outcome of the fight is irrelevant. Return to Varre after successfully completing the task, and he will reward you with Lord of Blood’s Favor.

Continue through the quest using the link above and you will eventually have to fight Varre! Defeat him and you’ll gain a handful of Festering Bloody Fingers and, Varre’s Bouquet.

After you’ve defeated Varre, continue exploring the area until you reach the area’s major boss, Mohg, Lord of Blood himself. Take him on and defeat him to finish off the questline.

When you defeat Mohgwyn, you will receive Mohg’s Great Rune and Remembrance of the Blood Lord.

You can also go inside the Rose Church to find:

Bloodrose can be used in the crafting process of various items to buff damage. Be careful while entering the church, as there is an enemy lying in wait.