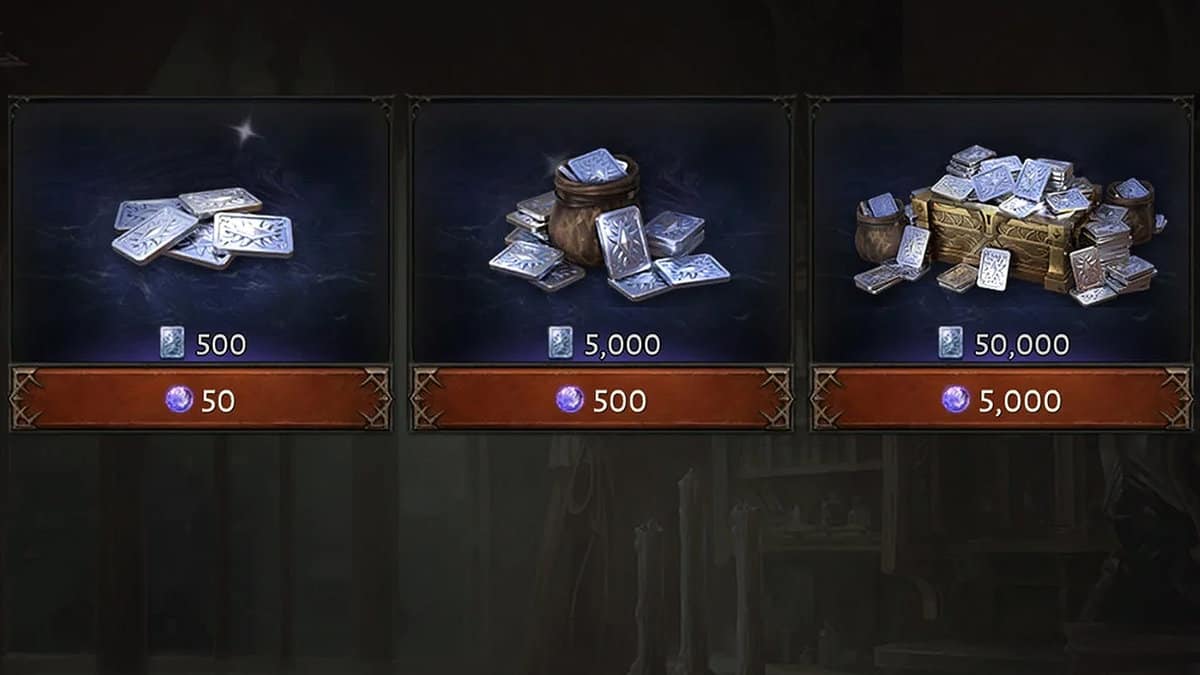 Platinum is one of several types of currencies in Diablo Immortal. It is tied to your battle pass as a semi-premium and non-farmable currency type. You will need Platinum as you advance in the endgame. The following guide will explain all there is to know about Platinum and how to farm them in Diablo Immortal.

Platinum is different from many of the other currencies in the game. It is firstly a non-farmable currency, meaning that it cannot be obtained by killing enemies or completing quests that litter Sanctuary.

How To Get Platinum In Diablo Immortal

There are only a few ways through which you can obtain Platinum, including a microtransaction option. Platinum is hence one of the pay-to-win currencies of Diablo Immortal that are needed to break down a progression wall.

Purchasing Platinum From The Store

The easiest and quickest method is naturally purchasing them if you have a fat enough wallet because you will need a lot of Platinum. You start by purchasing Eternal Orbs which are a premium currency in the game. It cannot be obtained from any in-game activity or event.

Following are the amounts of Platinum that can be purchased using Eternal Orbs:

Following are the prices of Eternal Orbs:

You can stack daily activities for up to three days. It is however recommended to complete them each day as part of a daily routine to maximize the Platinum yield. Completing three days of daily activity quests will net you 300x Platinum, 1x Charm, and 1x Scoria.

Selling Items On The Marketplace

The best non-microtransaction method is by becoming a seller in the Marketplace. Instead of salvaging rare or legendary gems that you have no need for, put them up for sale on the market for other players to purchase. This, however, will take time because you will also need your legendary gems to rank up your equipped gear.

There are a few tips when it comes to selling items for Platinum in Diablo Immortal. There are some specific items that will yield the most Platinum possible. These items include normal gems, legendary gems, and charms.

From Selling Charms
Charms are not of great importance in the game as they offer a 2% bonus damage to a single skill and later can be enhanced to be used for giving 2% damage to 5 skills.

You’ll find these bonuses not very useful and hence it is better to upgrade them to level 5 and then sell them for 500 platinum. People on the server are buying these things like crazy and have a maximum price of 2500, netting 1675 after tax.

From Selling Normal Gems
While playing in a group of four, there are chances of dropping unbound normal rank 1 gems. These gems have a chance of getting dropped 5 times a day and one per hour after.

Selling them is the most rational thing you can do if you plan on getting platinum in Diablo Immortals. These can be sold for 200 each.

How To Use Platinum In Diablo Immortal

When you have accumulated enough Platinum, you can spend the all-important currency in the following ways: