How To Farm Legendary Gems In Diablo Immortal 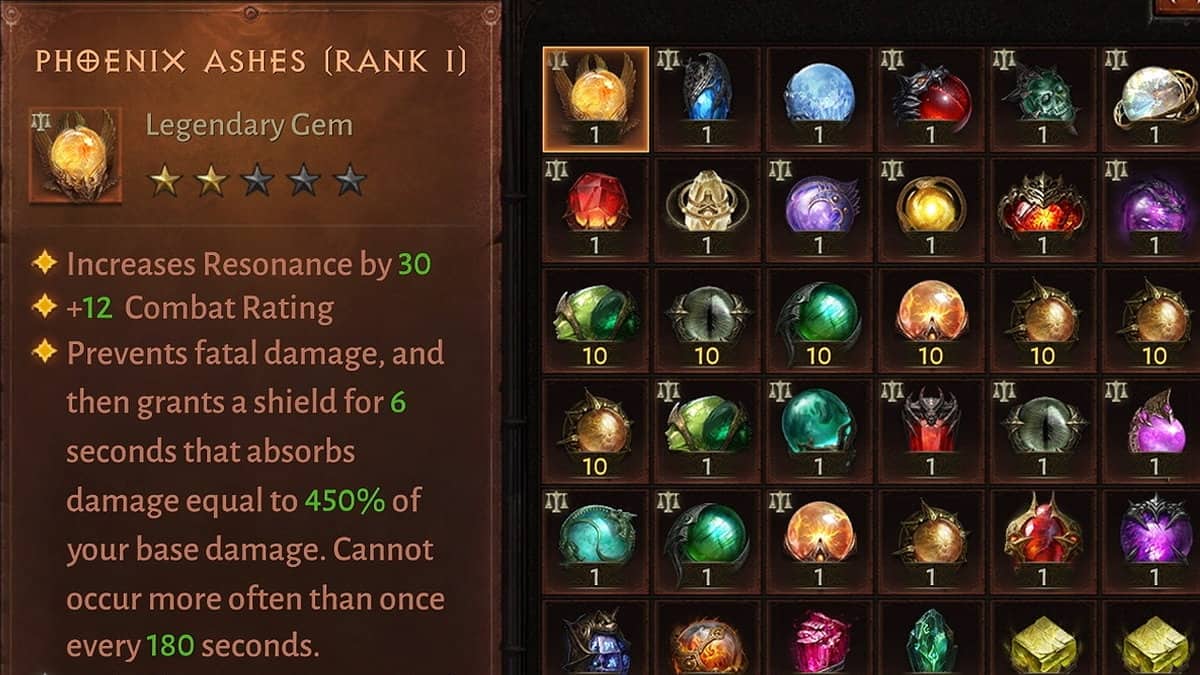 Legendary Gems are significantly important when it comes to improving your character for endgame dungeons and rifts. You will need a lot of Legendary Gems to upgrade all of your gear, a feat that will be expensive and not easy. The following guide will show you how to farm Legendary Gems in Diablo Immortal.

Legendary Gems have different star ratings (1-Star to 5-Star) that show how powerful or rare they are. The higher the star rating the more powerful the Legendary Gem is.

The first and probably the best way to farm Legendary Gems is through Elder Rifts. You will be running a lot of Elder Rifts in the endgame to farm most of your upgrades. However, each run does not necessarily guarantee the best Legendary Gems. You’ll have to use Rare or Legendary Crests to better your chances.

You can get one free Rare Crest per day by going to the Elder Rift portal. Moreover, if you want to get more Rare Crests, you will have to buy them from the Hilts Trader. Legendary Crests are however quite rare and only one can be purchased from the Hilt Trader per month. If one wants to buy more of them, they will have to spend real money for this purpose.

Legendary Gems are required to give your gear a massive power boost, something that you need to clear the endgame content. There is a reason why players are looking to farm Legendary Gems or upgrade them to hit a five-star rating. The reason is that without the right Legendary Gems, you will ultimately face a progression wall in Diablo Immortal.

You can use Rare Crests and Legendary Crest Modifiers to have an increased 5% chance to get a Legendary Gem from an Elder Rift. You will, however, still need to rely on luck and the deplorable RNG mechanics of the game.

1- and 2-Star Legendary Gems are actually common in the game and have a higher drop rate. Don’t confuse that higher drop rate with a guaranteed drop though. You will still need to grind.

Their worth, however, is not much. What you need (or should be gunning for) is the 5-Star Legendary Gems that are nearly impossible to drop in the game.

Looting a full-tier 5/5-Star Legendary Gem has a 0.045% drop rate chance in Diablo Immortal. That insignificant drop rate depends on whether you are using Legendary Crests (also hard to get in f2p) for Empowered Elder Rifts.

Hence, even if you decide to take out your wallet to purchase Legendary Crests with real money, you still have no guarantee of seeing a true 5/5-Star Legendary Gem drop.

How To Craft Legendary Gems

How To Upgrade And Duplicate Legendary Gems

One needs to get access to two pieces of recipes for upgrading Legendary Gems. The first one is Gem Power which you can get from the Apprentice Jeweler by scrapping Legendary Gems that you don’t need.

The second way is to duplicate Legendary Gems that are of the same type. All levels of upgrade cannot be duplicated, so you need more duplicates for higher levels or the gems that are rare. This means that the 5-star are quite difficult to duplicate and require much time.

Buying And Selling Legendary Gems In The Market

One can buy and sell Legendary Gems from other players by going to the market in Westmarch. The currency used here is Platinum which one can get by selling items in the market or buying them using real money by visiting the cash shops in the market.

Players can add Legendary Gems, Regular Gems, and Still Stones to the queue by going to Sell Tab. One can add items in their inventory from the stash to sell them while for buying one needs to search for gems in the queue and then visit the buy tab for purchasing gems.

Another trick to get Legendary Gems is to get them during the completion of story quests and by logging in for 3 days in a row.