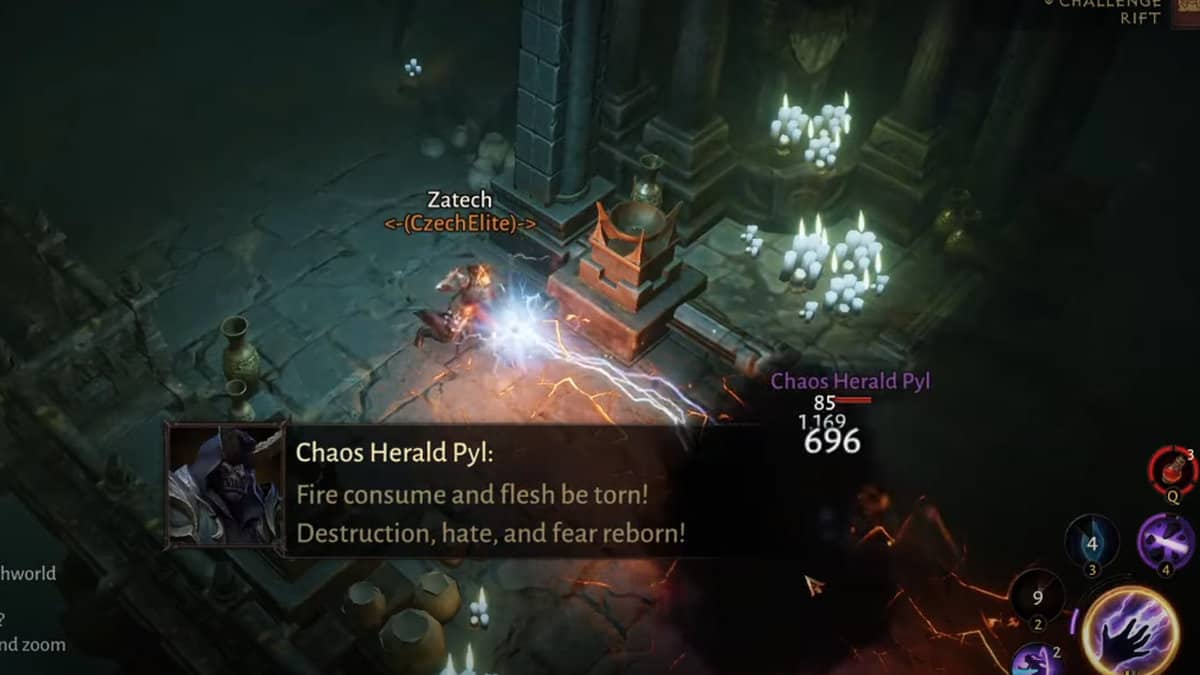 Diablo Immortal Demonic Remains are special items that make players powerful and provide them with useful challenge rift buffs. These powerful remains are trophies received after defeating demonic bosses. The player must possess them to dominate Diablo Immortal completely.

This article is the perfect source as it provides complete information about Demonic remains locations in Diablo Immortal, how to get them, and the potential bugs hindering the progress.

How To Get Demonic Remains In Diablo Immortal

Once you are done with the Library of Zoltun Kulle questline, return to Westmarch. Deckard Cain will introduce you to Rayek, a close friend of Charsi.

Rayek will ask you to track and hunt down a Chaos Herald as part of the Demonic Remains quest. You must enter and complete a Challenge Rift on the third difficulty level to hunt him down.

Much like the rest of the Challenge Rifts, you must defeat the Rift Guardian before an on-screen timer expires. Start mowing down enemies as soon as you spawn inside of the Rift.

When you reach the end of the hallway, you will come across Chaos Herald Pyl. You need to defeat him in order to complete the Rift. He only looks scary and doesn’t do that much damage. You should find this boss fight relatively easy.

Once you have defeated Chaos Herald Pyl, you will receive Pyl’s Flowing Chaos that you need to take back to Rayek. Use the portal to return back to Westmarch. Make your way to Rayek, exhaust his dialogues and he will ask you if you picked up and used the Helliquary (the Helliquary section will be unlocked inside of your menu).

To use the Helliquary, you must select demonic remains to seal. For this instance, you will use Pyl’s Flowing Chaos to seal, giving us an additional bonus that can only be activated in the Challenge Rifts.

Here is the list of Demonic Remains locations in Diablo Immortal:

During the Bilefen questline, the player needs to make a raid against Chaos Herald Pyl after unlocking the Helliquary. Helliquary helps players to join forces against tough bosses and earn their demonic remains and scoria.

However, there is a bug during the event, the Chaos Herald Pyl doesn’t appear, or his remains are not collectible.

Most players who experienced this bug suggested fighting against the Chaos Herald Pyl solo to fix it. The demon boss will show up once you approach him alone. This will make the fight much more difficult, but this challenge must be faced to progress in the demonic remains.

The second bug about the remains of the Chaos herald Pyl not showing up after his defeat is currently unsolvable. Blizzard knows about this and will remove the bug very soon. Practice more and create better strategies to defeat the demonic boss solo. You can do it.