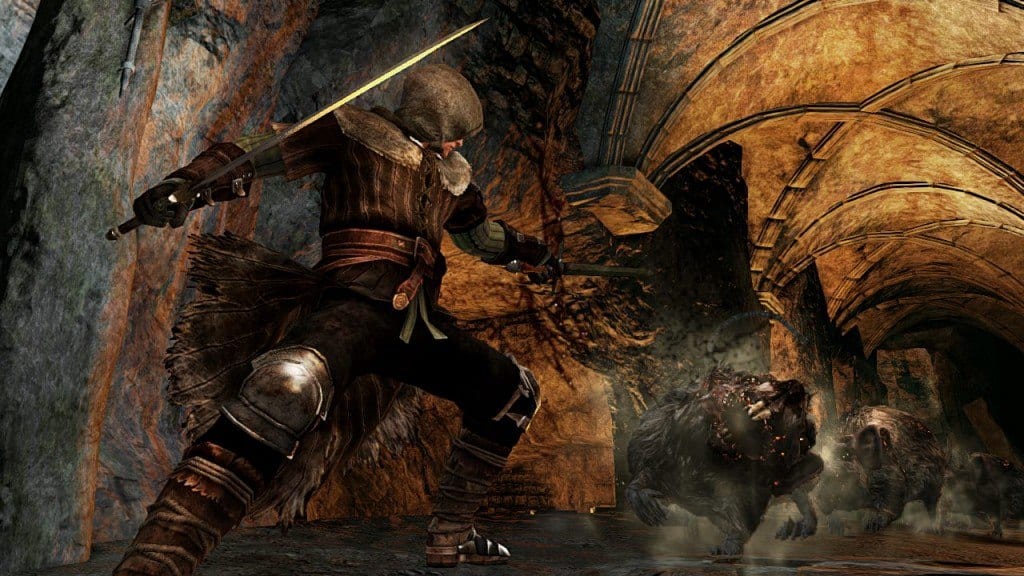 Dark Souls 2 is a complicated game in its own way – it has a story that reveals itself very little but compels players to explore. It has a world that is filled with mystical and dark fantasies that seduce the player into their embrace.

Facing the cold-hearted foes of these enigmatic lands is not an easy task, and with every defeat, with every struggle and dense cluster of suffering that you will face, you will learn and grow stronger.

For more help on Dark Souls 2, read our How To Join Covenants, Where To Find Merchants, Rare Weapons Locations and Armor Sets Guide.

Dark Souls teaches one a harsh lesson, but the rewards for learning the lesson are absolutely worthwhile.

But in order to strive for these rewards, you’ll have to do something out of the ordinary, and for that you will need to learn from your past experiences and failures.

This is where forging your character comes into play. While various factors such as equipment and mentality determine how your character is developed, one of the most basic and essential things that you control in the game is your stats and attributes.

Stats in the game are what determine who you actually are.

You may start off as a Warrior, but it’s not necessary that you remain as such; if you begin investing points into Intelligence and Attunement, your grasp over magic will become stronger, and you’ll be able to deal devastating damage to foes that dare challenge it.

The uncertain boundary between the classes can be an overwhelming factor for some, and that is why we’re presenting to you a set of builds that you might want to aim for during your first play-through.

Note that these builds are more like pointers for you to give you an idea of what the class will appear to be once it reaches SL 130. You should look to progress your character accordingly if you wish to possess these specific kinds of traits. Here they are:

This is one of the most rewarding builds to play with as it allows one to perform miracles and allows you to deal enough damage with a decent sword. The Cleric and Knight are the best candidates for this kind of a build overall, as they would provide you with the necessary mix of Strength and Faith.

You can combine this with a powerful sword or sword & shield combination, though you might want to add more points into Vitality if you wish to carry additional weight.

If you want, you can reduce the 50 points in Faith and utilize them in Dexterity to carry some special items, but the Strength that you have should allow you to wield a great weapon without having to do so. Instead, maybe you could chip those points into Vigor for some beef.

Overall though, the 50 Faith will allow you to use most of the miracles you manage to acquire, and thus can be very helpful to you in your holy warrior ways.

A risky but rewarding build, the Sorcerer can utilize the high amount of innate Intelligence to lead up to such a beastly creation.

The two most important stats here are obviously Intelligence and Attunement, and you should be distributing your points between the two mostly equally, with obviously more inclination towards Intelligence.

This will get your plenty of slots for your spells thanks to high Attunement, and with the amount of Intelligence you have, you’ll have lots of added Magic Bonus.

You’ll have sufficient strength and Vigor to survive most of the times as well. The best can be extracted out of this build by using the powerful Great Heavy Soul Arrow.

If you can build your character like this with decent items, you can easily two-hit normal enemies with Great Heavy Soul Arrow, and many bosses will fall easily because it will allow you to keep a distance.

I wouldn’t recommend this build to anyone too used to playing pure melee characters, as this build seems to emphasize not a hybrid style but one that is almost entirely focused on magic damage.

Although these stats are primarily based on the Bandit class, they can work brilliantly for Wanderer, Knight, Warrior, Bandit, and Swordsman, making it a highly versatile build.

If you’re a Bandit or Wanderer, you will excel at the use of ranged weapons, which are an essentiality against some of the bosses in the game.

Perhaps the most interesting thing about this build is the rather high investment in Adaptability. This is a fairly complex kind of a stat, and it’s actually easy to overlook it.

In actuality, Adaptability is one of the strongest stats of the nine. It greatly increases your Agility, allowing you to drink Eskus flasks faster (how many of you melee freaks always wanted that), and also dodge easily.

Additionally, Adaptability will amp up all your resistances, making you so much harder to Curse, Poison, Bleed, or Petrify. Thus, it can become a life-saver for most characters.

You have your usual strength that will do lots of damage, and an abnormally high amount of Dexterity.

Again, this is because the base SL for this build was that of the Bandit, so you should actually see increased Strength and decreased Dexterity if you were to use someone like a Knight for the base class.

This build is stable and reliable, and is the most recommended for the more conventional melee fighters. The high Vitality will also allow you to arm yourself well, and the Fat Rolling factor won’t be too much of an issue with the massive Adaptability.

This is yet another Sorcerer build that relies one high intelligence and high faith, once again for the use of magic spells and miracles.

However, as you can see, unlike the previous one you will want to use light robes because of lower Vitality. This build will still focus its bulk on Attunement and Intelligence, but you’ll be almost completely ignoring Strength and Dexterity, meaning you will opt for staves.

Since this build focuses on wearing light armor and primarily being a ranged character who relies on spells, you should try and increases your Adaptability to improve overall resistances, health, and also to greatly improve your Agility, which will allow you to maintain distance and also evade aggressive attacks.

Because the emphasis is on using light equipment, the increase in agility will pair wonderfully with your comparatively less burden, which can be used to your advantage. However, for this build to work, it is recommended that you acquire the best of the best kind of magic-oriented robes and weapons.

Rings tend to do brilliantly well when it comes to magic and miracles, so make sure you do your effort of finding the best possible ones.

You can use these builds as a foundation to build your character upon. I hope they gave you an idea of how you should progress your character.

Do not forget to share your own builds and strategies in the comments. We will feature the best builds in the guide!