Cyberpunk 2077 Best Quickhacks For Your Cyberdeck 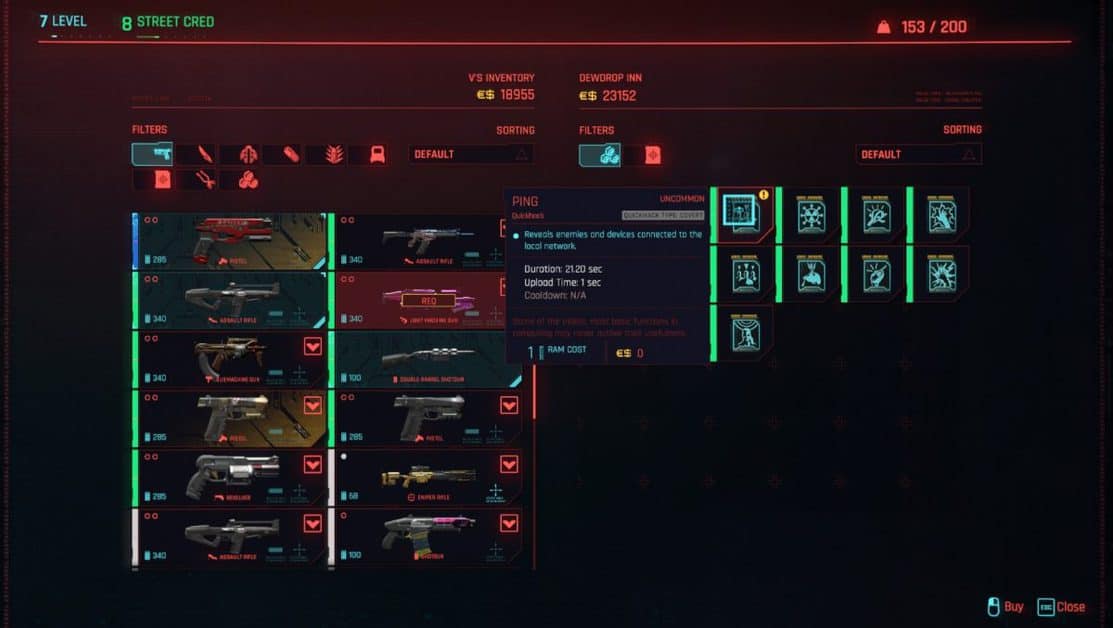 Quickhacking is a big part of Cyberpunk 2077. Utilizing quickhacks is all about scanning and controlling devices to use them to your advantage and progress through missions. We have prepared this detailed guide on Cyberpunk 2077 Best Quickhacks, along with their functions and requirements.

Best Quickhacks to Equip in Cyberpunk 2077

Quickhacks are enabled with your selected perks in the game and your cyberware.

You will get quickhacks pre-installed with cyberdeck and that is why you can use some of the quickhacks in each situation.

Now, these quickhacks will require some RAM to run the process and that is why you need to have the necessary RAM to activate the quickhack. This RAM requirement varies with the quickhack and your progress level.

You can choose quickhacks of your choice in your cyberdeck that you might have crafted, looted, or earned.

Now, these quickhacks are tiered up like other perks into different degrees and the degree of rarity also determines the effect of a quickhack.

As, the rarer the hack program, the better its effect will be. There are uncommon, rare, epic, and legendary tiers in quickhacks.

There are also some parameters to keep in mind while playing with these quickhacks, like RAM usage, as mentioned above.

Here is the list of best quickhacks in Cyberpunk 2077:

Will give shock to enemies and they will be deaf for a short interval and will not be able to detect any sounds.

Rare: Prevents the enemies communication of your activities.

Epic: Excludes allies from their audio and visual perceptions.

Legendary: Enemies are cut off from the local network under the effects of any quickhack.

Will jam your enemy in their positions and they will not be able to move.

Uncommon: Immobilizes a target from its current position.

Epic: Enemies that are affected are unable to attack.

Will dysfunction your enemy’s cyberware for a short period of time. You must use these against netrunners.

Epic: Once the effect expires, causes a random implant to expire.

Will jam your enemy’s weapon and it will have significantly less accuracy for some time.

Uncommon: Renders a target’s weapon unusable by jamming their weapon.

Will give your enemies burn but non-lethal. But it will give enemies lots of damage.

Uncommon: non-lethal and applies burn to the marked target.

Rare: Targets affected by burn are unable to perform actions.

Legendary: targets affected from Overheat are unable to use cyberware abilities.

Is a lethal attack that will deal a lot of damage and the level of damage is all about how much health of the enemy is left.

Rare: Lethal and deals moderate damage that scales on the enemy’s HP.

Epic: If an enemy is defeated by quickhack, they burst and cause panic within a 6-meter radius.

Legendary: Causes panic nearby whenever you defeat a target with any quickhack.

Will give enemies electric damage and is effective against electronic devices like drones and robots.

Rare: For 4 seconds, deals EMP effect to the marked targets.

It will detonate any grenade that your enemy has equipped on their body.

Epic: Lethal and forces to detonating a grenade in their hands, based on grenade types.

Legendary: Reduces the RAM cost of the next ultimate quickhack by 2 when defeating an enemy. Stacks up to 4 times.

This is a simple move to clear your way and move your enemies from their current position.

Uncommon: Target will be lured to your current position.

Rare: When moving to your position, the target won’t be in an alert state.

Epic: Can be used on enemies that are in combat.

This quickhack will simply reboot your enemy’s cyberware and will give you time to do your stuff as your enemy is blind for a while.

Rare: Spreads to the enemies within 8 meters.

Will ping your enemy’s cyberware to all the devices and people in the location and it will distract your enemies for a while.

Uncommon: Scans enemies in a radius and the devices that are connected to the local network.

Legendary: Scans enemies and devices through the obstacles.

Will format your enemy’s memory and it will lose its combat state.

Rare: Forces the marked target to exit the combat state.

Epic: Effects of quickhack expends to the target’s entire squad.

It will simply force your target enemy to commit suicide.

Epic: Lethal and forces a marked target to commit suicide.

Legendary: Reduces the RAM cost of your next ultimate quickhack by 2 by causing panic in an enemy.

This quickhack will allow you to reset an enemy’s nervous system completely.

Legendary: Reduces the RAM cost of the next quickhack by 1 when defeating an enemy. Stacks up to 6 times.

Will cause your enemy to go wild and attack everybody in sight, even if those are his allies.

Epic: Lethal and causing to attack everyone on sight. Also makes drones, mechs and robots to friendly. If there are no allies, causes the marked target to commit suicide.

Legendary: Targets will avoid dealing friendly fire under the effect of any quickhack.

You cannot buy legendary Quickhacks in Cyberpunk 2077. However, to get legendary quickhacks early and easiest way, you can pick it up from Datamine Virtuoso perk that can be found on the middle right side of the Breach protocol tab.

Another way to get legendary quickhacks is to craft them with the Bartmoss’ Legacy Perk. You can find the perk at the bottom right side of the quickhacking perks within the intelligence stat for 1 point.