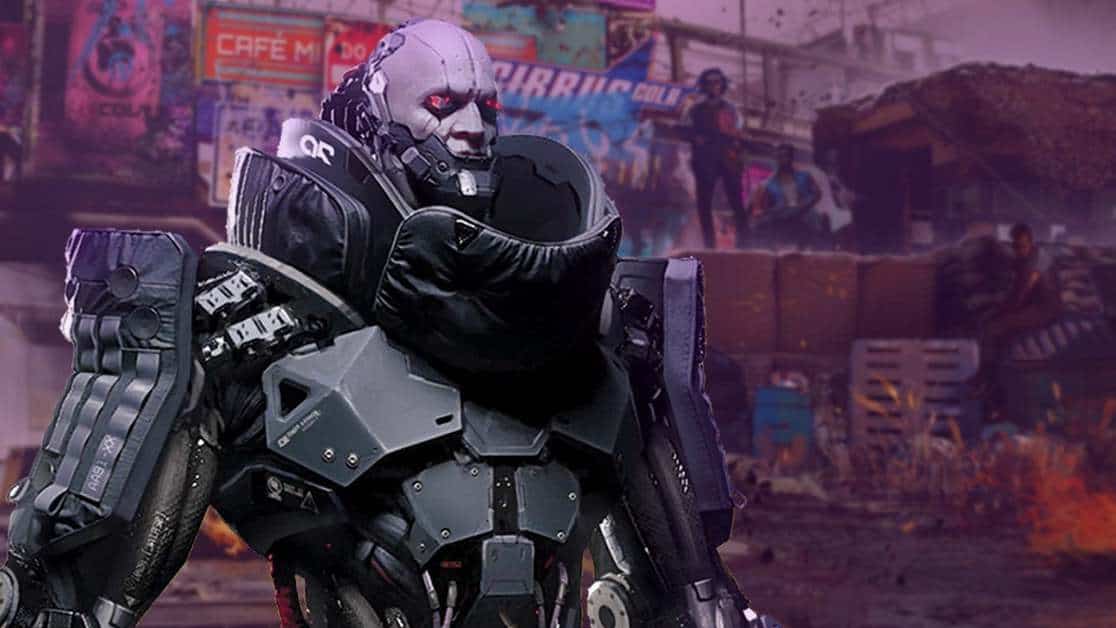 In the action-packed quests of Cyberpunk 2077, you’ll eventually be faced with Adam Smasher in Totalimmortal main job. Just as the corny name suggests, Adam Smasher is one deadly fellow.

This Cyberpunk 2077 Adam Smasher Boss guide will go in-depth to discuss all of the weaknesses and patterns of Adam Smasher to make this final boss fight a little easier for you.

The guide will also discuss the in-game scenarios of Killing or Sparring Adam Smasher, and how to find Adam Smasher’s secret hideout.

Adam Smasher is a heavily armed Cyborg who works as a mercenary for Arasaka.  After an RPG blast, Adam was turned into a full-body cyborg and has worked for the corporation ever since.

Your fight with Adam Smasher will begin at the end of the Totalimmortal main quest.

Complete the following to begin the boss battle:

You will head on to Yorinobu’s office, and just as you enter, you’ll experience a Relic Malfunction. This is terrible news.

With all of your cyberware inoperable, get ready to fight Adam Smasher in an old-fashioned way with guns and grenades.

How to Defeat Adam Smasher

The battle with Adam Smasher will be divided into three different phases.

During the first phase, all of Adam’s cyberware will be functioning properly.  He will focus on short-range combat through melee combos or projectiles to attack you.

Make sure to keep your distance as you fight him during this face. Keep running and looking for cover as you reload your weapon.

Beware of his smart gun on the left arm. Keep shooting at his left arm to take away his melee attacking ability.

Once the left arm is destroyed, Adam won’t be in good shape, and his attacks will shift to long-range attacks.

He will send some Arasaka henchmen towards you in two waves. Deal with these men by keeping your distance and shooting at them with your gun.

Keep running to find cover behind pillars and any walls you find to reload and shoot at them.

Don’t forget to keep your eyes fixed on Adam as well. He’ll be attacking you from a distance by launching missiles through his destroyed arm.

After you’ve defeated Arasaka henchmen, stay focused on Adam, and keep aiming at his vulnerable spots to take him down.

Adam’s body will be severely damaged at this point, and he’ll be nearing his defeat.

Most of his combat functions would be disabled at this point, and he’ll be left with a damaged, exposed, and vulnerable body. Now you have time to make any of the two choices: mercy or a coup de grace.

Smasher is one of the most infamous violent bosses in the Cyberpunk 2077 universe. With his extremely destructive attacks and firepower, he can quickly destroy you.

To deal with Smasher’s horrific attacks, you should know about the following weaknesses to retaliate accordingly:

The right side of Adam Smasher’s chest is equipped with a cybernetic heart.

The catch here is that any damage to Adam’s cybernetic heart causes extreme damage. This vulnerability will help you take him down faster.

Smasher can resist electrical damage, but he’s fragile towards chemical damage. A chemical attack will help you take him down faster.

Adam is a mechanical combatant, which gives you an advantage if you have invested in the Bladerunner perk. Bladerunner is an engineering skill that increases damage to drones, mechs, and robots by 20%.

Tech Weapons are potent as compared to other weapons. These weapons can penetrate through Smasher’s protective chest plate, which allows you to cause maximum damage to his cybernetic heart.

These weapons also come in handy in the next phase while shooting from behind a cover or a wall. You can use the Ping Personnel quick hack to locate the reinforcements instantly from behind walls.

Frag Grenades cause severe damage making them suitable for fighting against Adam Smasher.

They cause substantial damage and are especially useful while dealing with the Arasaka henchmen sent by Smasher after his arm is destroyed.

To cope and defend yourself from Smasher’s hefty melee assaults, you’ll have to be very alert and mobile.

Keep your dodging game strong and keep moving. This will allow you to retaliate with powerful counterattacks as well. For this purpose, use cyberware that grants you mobile abilities such as double jump.

If you’re dealing with Smasher inside Mikoshi and have a sufficient body attribute, consider ripping off the turrets in the arena. Ripping turrets will provide you with extreme firepower, which will be helpful during battle.

Keeping track of the attacking patterns of Adam Smasher will also help you in taking him down faster. Smasher uses several attack patterns throughout the three phases of the battle.

Smasher performs melee assaults and always concludes them with a final potshot. You can dodge this combo by dodging sideways.

Dodging from bullet storms won’t be as effective. It would be best if you take cover behind concrete walls whenever the dodger is about to rain bullets on you.

As soon as you sense that Smasher is about to jump high in the air, jump away from his landing position. The shockwave created by Smasher’s jump will be strong enough to knock you down, so make sure to stay away from its radius.

During the second phase, you’re faced with the two lackeys summoned by Smasher. It is recommended that you take them out in sequence and then resume your fight with Smasher, or you’ll be prone to attacks from multiple angles.

The telltale circular dots will indicate an upcoming explosion. As soon as you see these dots, sprint away from their radius to avoid severe damage.

Smasher will backtrack many times during the fight; use these opportunities to inflict heavy damage to him while also avoiding his shots.

If your character is not specialized in combat, you can eliminate Smasher with stealth tactics.

The overall process remains the same, escape his attention, and find cover wherever you can.

Distract Smasher through any means like multiple surveillance cameras and turrets in the arena.

When Smasher is not focused on you, you can take him down with stealth tactics. Successful stealth takedown attempts will inflict heavy damage on Smasher.

Should You Kill or Spare Adam Smasher?

Once you have defeated Adam Smasher, his fate rests in your hands. You can choose to spare him or end his life; the decision is solely up to you.

It is worth noting though that this decision does not affect the outcome of the story and its ending whatsoever so feel free to take your revenge or show mercy.

After making a decision, you must then continue along with your mission. Go towards the staircase and through the door to finally confront Yorinubo.

Many players are unaware of the existence of Adam Smasher’s secret room.

This hideout is a very cool little place to access since it not only houses the Ba Xing Chong legendary weapon, but also contains more lore about the game’s main antagonist, his weapon arsenal, and more.

Locating the hideout may prove a bit challenging, so follow along as we guide you toward Adam Smasher’s room location.

The first thing to note is that you must purchase the double-jump cyberware since you would be required to leap above a few high places.

Next, you must make your way towards the Night City docks. Once you get there, you’ll find a large gate that can’t be opened.

Look to your left and leap above the container. Once on top of the container, head towards the fence and climb over to the other side.

Turn right and continue along this path, soon you’ll find a fence blocking your path, leap above it and get to the other side.

Ascend the yellow building and get to its roof, once on top, leap over to the opposite side.

Use the stairs to get onboard the ship, turn left, and head to its rear side.

A door to Adman Smasher’s secret hideout should be in view, access the button to your left and enter the vault door code to unlock the entrance.

Head inside to gain access to plenty of interesting items, as well as weapons on the right side of the corner of the room.